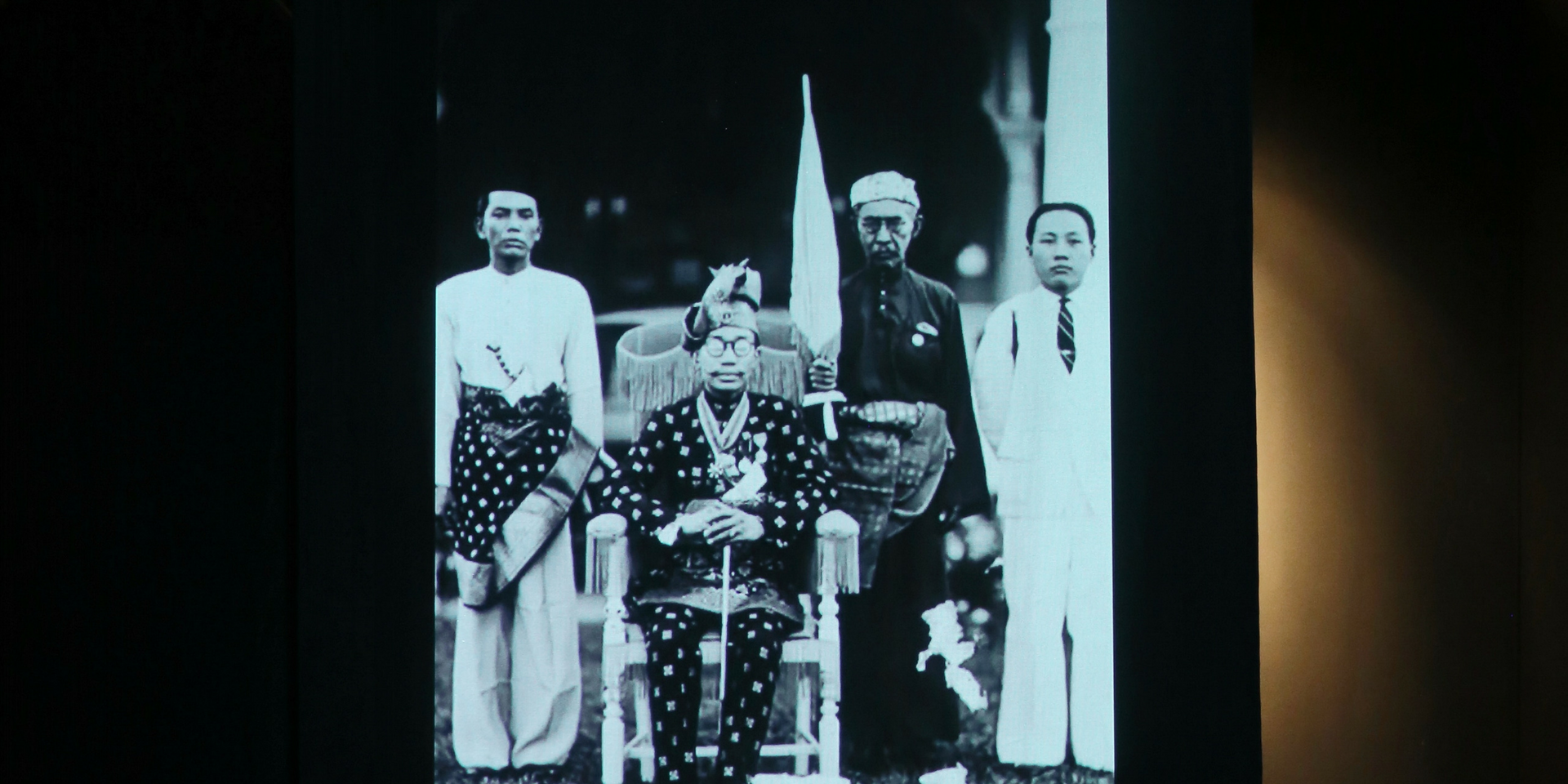 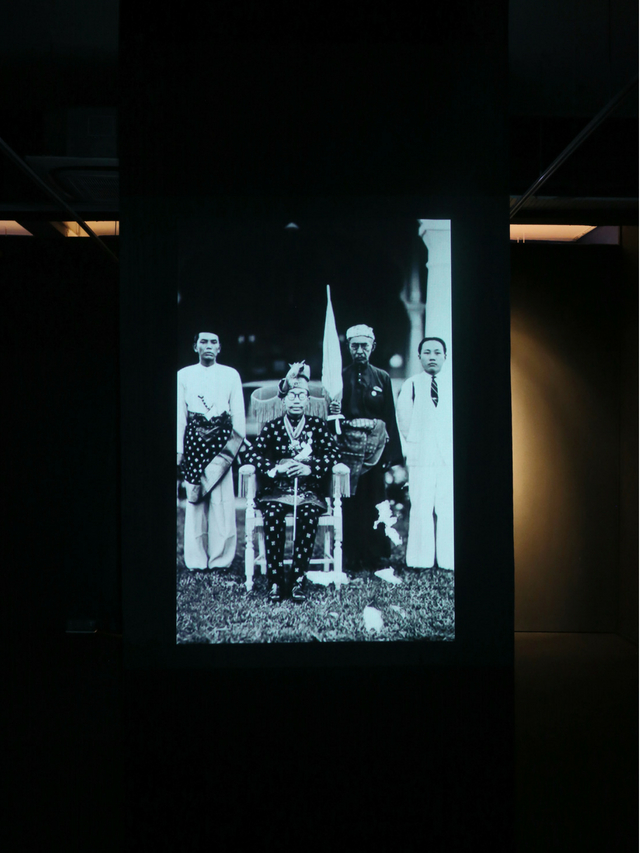 Bruneian artist Faizal Hamdan’s video work was commissioned for the Singapore Biennale 2016, and presents the intersection of two histories: the macro and micro. The artist’s grandfather hailed from West Java, and was one of many Indonesians forcibly expatriated to Brunei during the Second World War. He stayed on after the war, marrying a local woman and raising a family. The work engages with both the neglected history of the Japanese occupation of Brunei, as well as the artist’s own personal family history, which was the result of those broader movements in the narrative of the region’s past. Two series of images are cast as projections on either side of a screen, with the lack of pictorial definition here seeming almost to serve as a metaphor for the erosive work of the passage of time. On one side of the screen, family memorabilia – official portraits, sepia-tinged snapshots, scribbled letters etc. – suggest familial ties. On the other side are archival images from the Japanese Occupation in Brunei, including, among others, a photograph of the arrival of the Japanese troops in the sultanate.

Faizal Hamdan’s (b. 1975, Tutong, Brunei) practice is oriented towards the investigation and creative utility of everyday materials. He earned a BA in art from Curtin University of Technology, Australia in 2003, and is an art and design lecturer at a sixth form centre in Bandar Seri Begawan, Brunei, where he is based. He has exhibited in Australia, Brunei, Japan and South Korea. 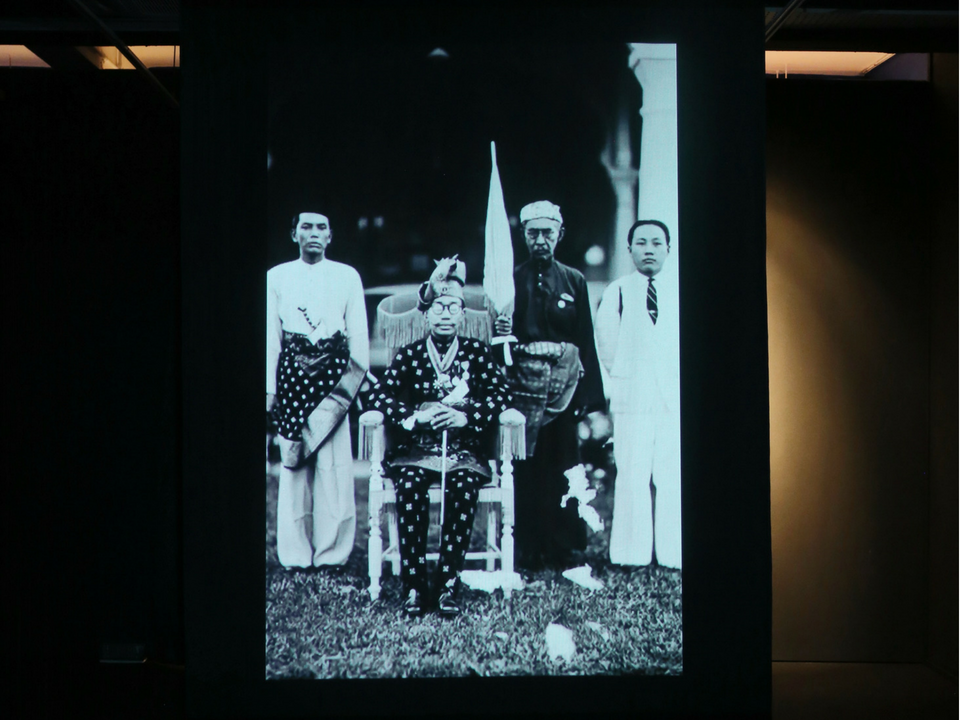