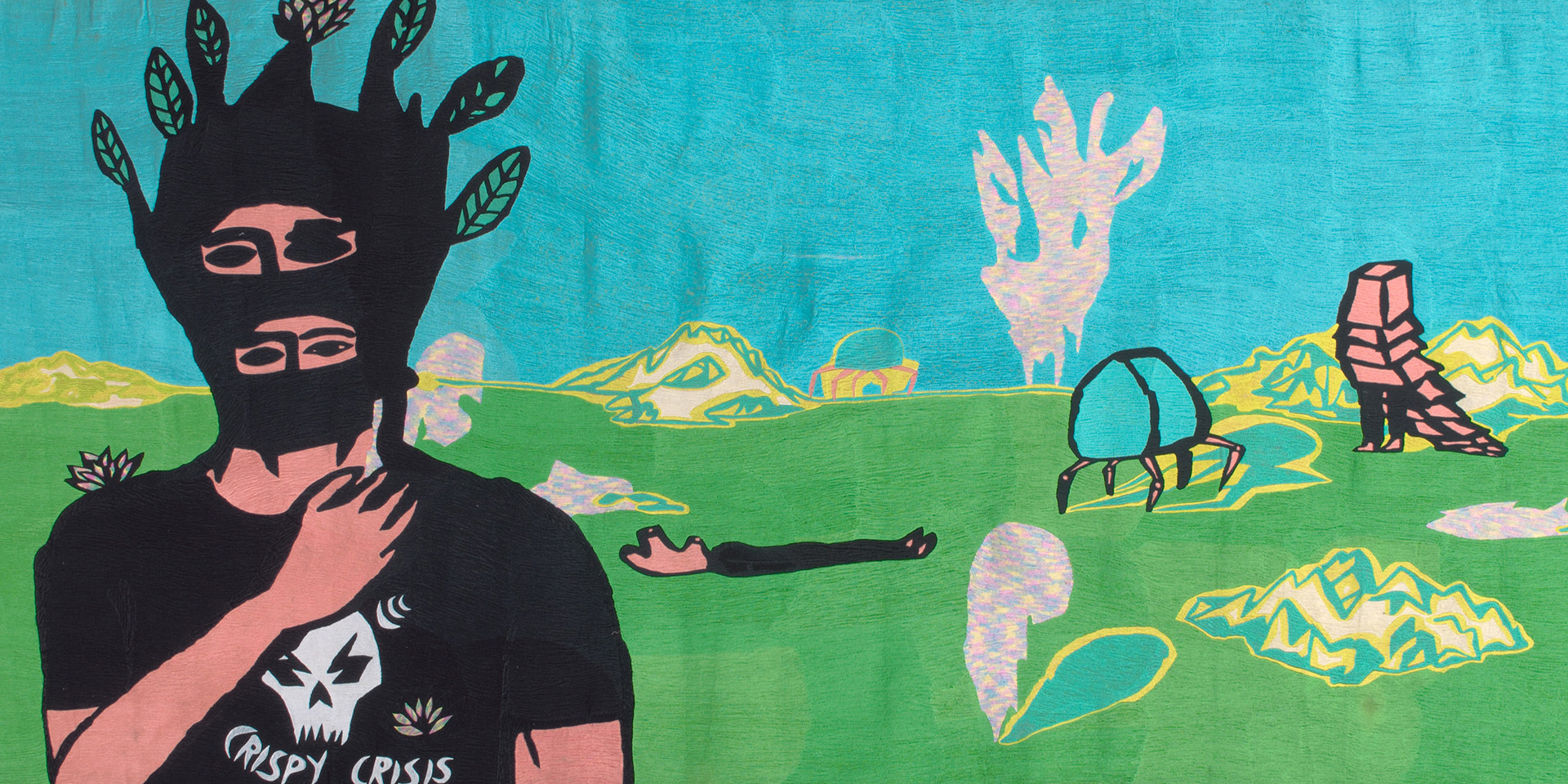 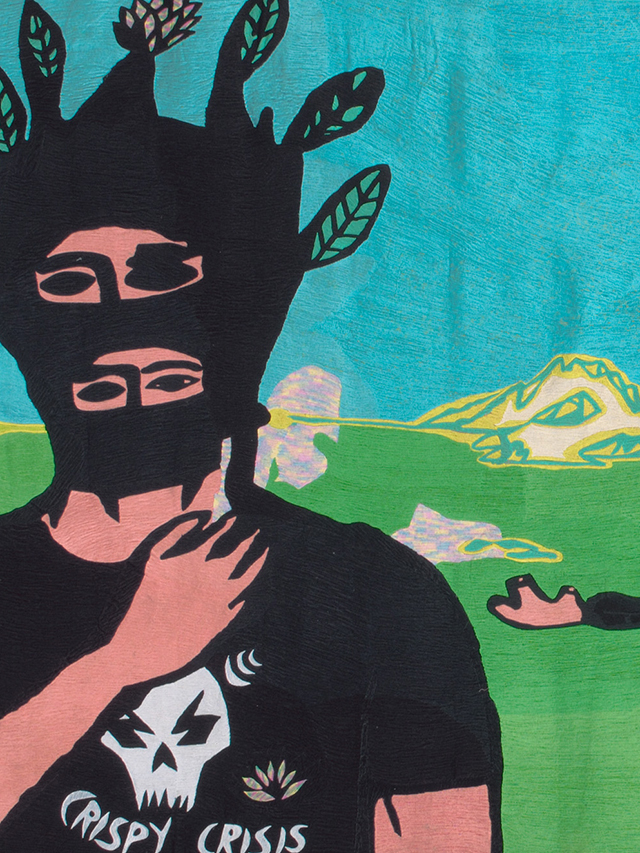 Rendered in his signature graphic style, Eko Nugroho’s Illusion illustrates a scene of “crispy crisis” where the environment is depleted of its greenery by monster-like machines. The sterile landscape is a harsh, jagged terrain, exposed to the dangers of over-heating and “crisping” up as a result of environmental destruction. The surrealistic narrative is populated by the artist’s characteristic hybrid characters, drawn from comic culture. The masked figure is representative of the artist’s aversion to depicting stereotypical face-types that could lead to discriminatory thoughts or interpretations of his work, while at the same time, adding a sense of ominous foreboding about the state of the environment depicted here.

Eko Nugroho (b. 1977, Yogyakarta, Indonesia) works in a variety of artistic media, including painting, embroidery and sculpture. Nugroho often works collaboratively with communities and other creatives to draw awareness to social issues. He has exhibited widely in Asia as well as in Europe, including participation in the 5th Asia Pacific Triennial of Contemporary Art (2006) in Brisbane, Australia, and more recently at the Singapore Art Museum’s Imaginarium (2017) and the Children’s Biennale at the National Gallery Singapore (2019). He lives and works in Yogyakarta, Indonesia.