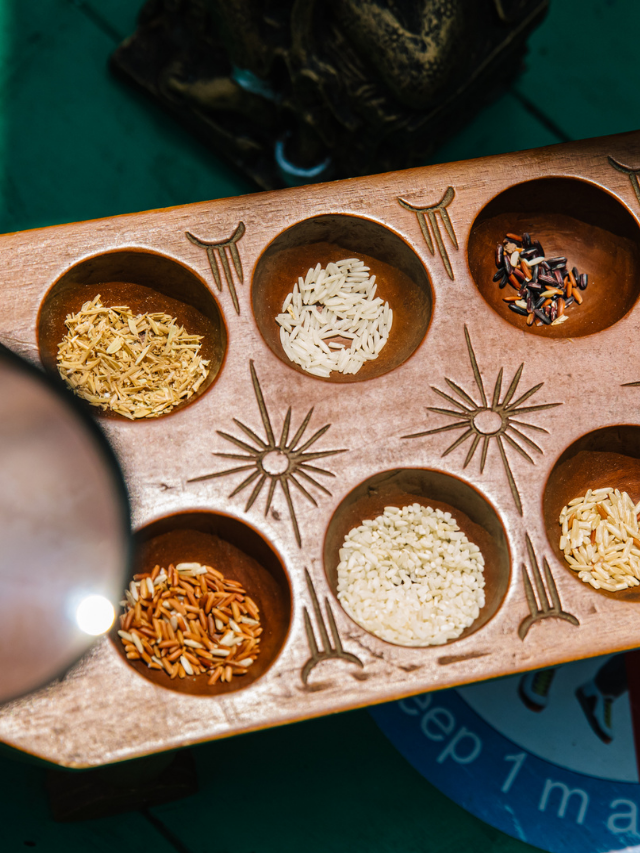 Continuing his long-term inquiry into rice seed sovereignty, Hao Pei reflects on his latest workshop held during his residency and offers an interpretive framework to think about rice production and consumption in a non-agrarian society like Singapore. Watch the video for keywords that were surfaced during this workshop and find out more on how Hao Pei weaves in these local perspectives with his research from other Southeast Asian countries.

During the residency, I continue my long-term project inquiry on rice seed sovereignty. Looking past the troubled history, I began to examine Singapore’s relationship with rice beyond the consumption level and our perception of rice seed sovereignty in a non-agrarian society.

In a 2-day workshop, in collaboration with David Chen from The Little Rice Company, as part of Farm Day Out at Sprout Hub, I decided to experiment with the speculative disappearing recipe of rice water as a starting point to probe into the issue of rice seed sovereignty. The diminishing use of rice water for infants is often attributed to the shift in lifestyle practices in current times such as the switch to the more convenient rice cooker and baby formula powder. But I would like to suggest a different theory - could the disappearing recipe be caused by the introduction of genetically modified/hybrid seeds since the sixties? Through the sharing of my research, seeded prompts and visual cues like the collected rice seeds and rice packages, I was hoping to shed light on the disappearing native rice seeds in the region and the ongoing global movement of seed sovereignty, only to encounter fragmented conversations among the participants.

We attempted to recalibrate the workshop approach to a more open ended discussion on the topic and sharing of personal stories. However, owing to the disconnection to food production, the conversations naturally drove towards a consumer’s point of view which led to the planted visual cues on site that we are most familiar with - rice packaging.

While the dissection of the rice packages led us to inquire about the origins of our rice and how one chooses the rice we eat, the issue of seed sovereignty remains elusive. But, to further the (lack of) understanding of rice seed sovereignty in Singapore, I return to the documentation of the workshop sessions to study the spoken words carefully. As I listened to the recordings repeatedly, I seem to hear something new. Certain words possess embedded nuances and meanings which manifest into a different understanding of rice seed sovereignty.

These words are identified as keywords from the conversations in the workshop as a mechanism to read our perceptions of seeds. The keywords are points of entry into the psyche of the Singapore audience towards the foreign topic of rice seed sovereignty. It is often the objective perspective whenever we look at rice, or food in general, which separates us and the producers. Although these identified keywords may not be able to address nor probe deeper into the issue of rice seed sovereignty as I would have liked, it certainly reveals the gaps and distance between food production and consumers from an urban context like Singapore, or in a modern day lingo the gap of a top-down approach.

Can there be a way for Singapore to be in the bandwidth of the globally concerning seed sovereignty movement? This workshop and experimentation during the residency did not provide answers and without a doubt, it raised more dire questions. Perhaps, it is in these keywords that we need to examine our relationship with rice and reframe the issue of rice seed sovereignty.

This remains a phase of this long-term project as keywords are also identified in conversations from other overseas iterations, namely Indonesia and Myanmar.

An heirloom seed is the seed of a plant that has been carefully cultivated and passed down through many generations.

Heirloom seeds have been passed down through many generations of growers. Heirlooms are usually planted in small, isolated communities, and generally offer something of value to the grower, whether that is a unique flavor, a unique capability or tendency, or special adaptation to local growing conditions.

the history, traditions, buildings and objects that a country or society has had for many years and that are considered an important part of its character.

the total amount of crops, profits, etc. that are produced

the process of changing so that there is greater variety