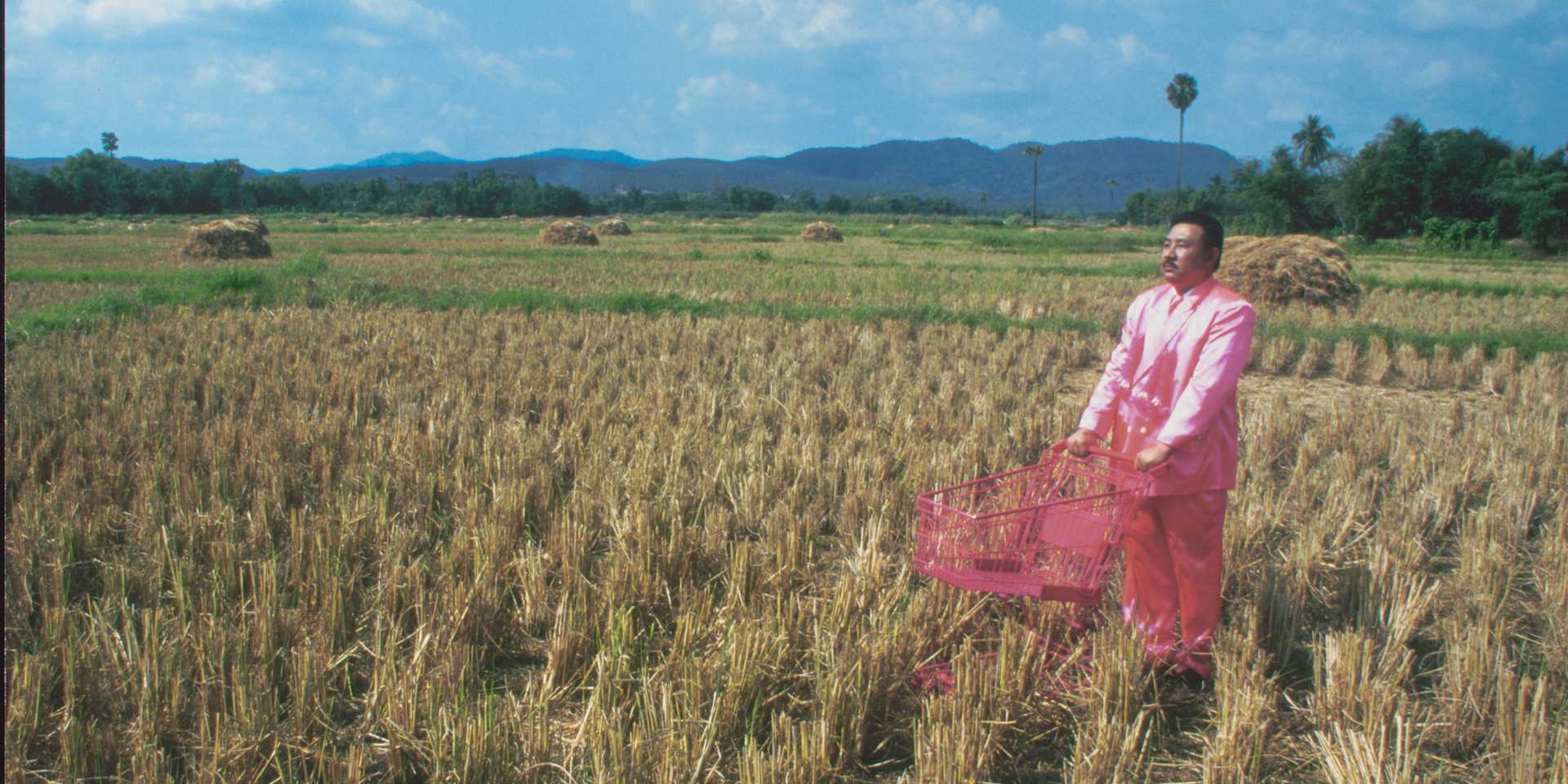 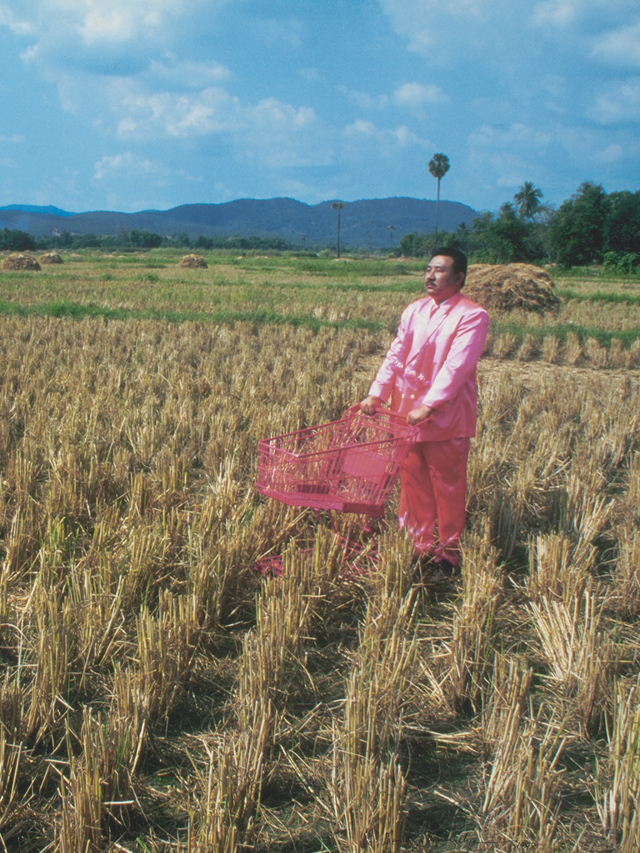 Pink Man on Tour #6 (Amazing Rice Field, Northern Thailand) is part of the “Pink Man on Tour” series by Manit. To Manit, the Pink Man is a symbol of conspicuous consumption, imbued with the sense of dissatisfaction and hidden anger, and the choice of colour being selected due to its associations with tastelessness and vulgarity by Thailand’s societal elite. The series criticises tourism policies and explores the issue of travelling as being relegated to an object of consumption for individuals to flaunt their travels to exotic places, as opposed to explorations in search of knowledge. Transported to a rice field, the Pink Man, played by Thai poet Sompong Tawee, looks on nonchalantly in isolation – seemingly lost in a place devoid of consumerist opportunities.

Manit Sriwanichpoom (b. 1961, Thailand), is one of Thailand's leading photographers best known for his series of works featuring the enigmatic Pink Man. A critique of present-day Thai society, his works have been exhibited in a number of prominent international exhibitions such as Cities on the Move (1997–1999), and the 50th Venice Biennale in 2003. In 2007, Manit received the prestigious Higashikawa Overseas Photographer Award (Japan). 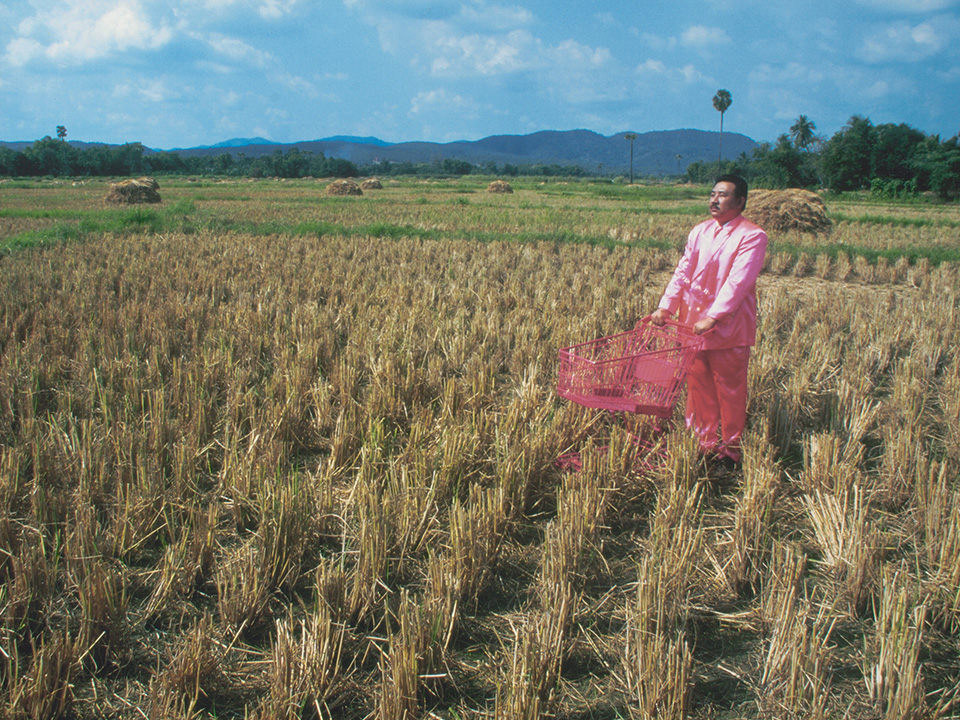