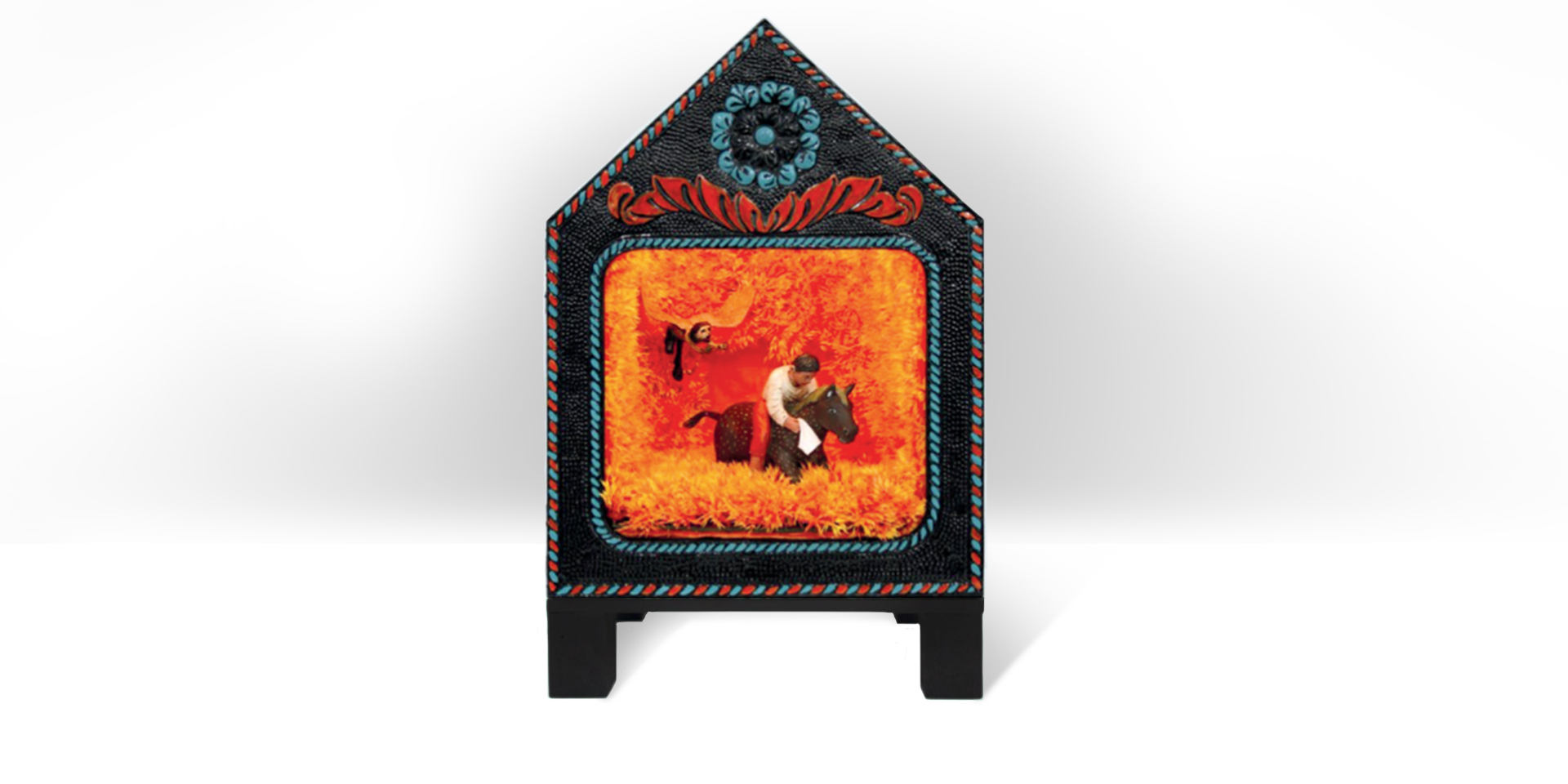 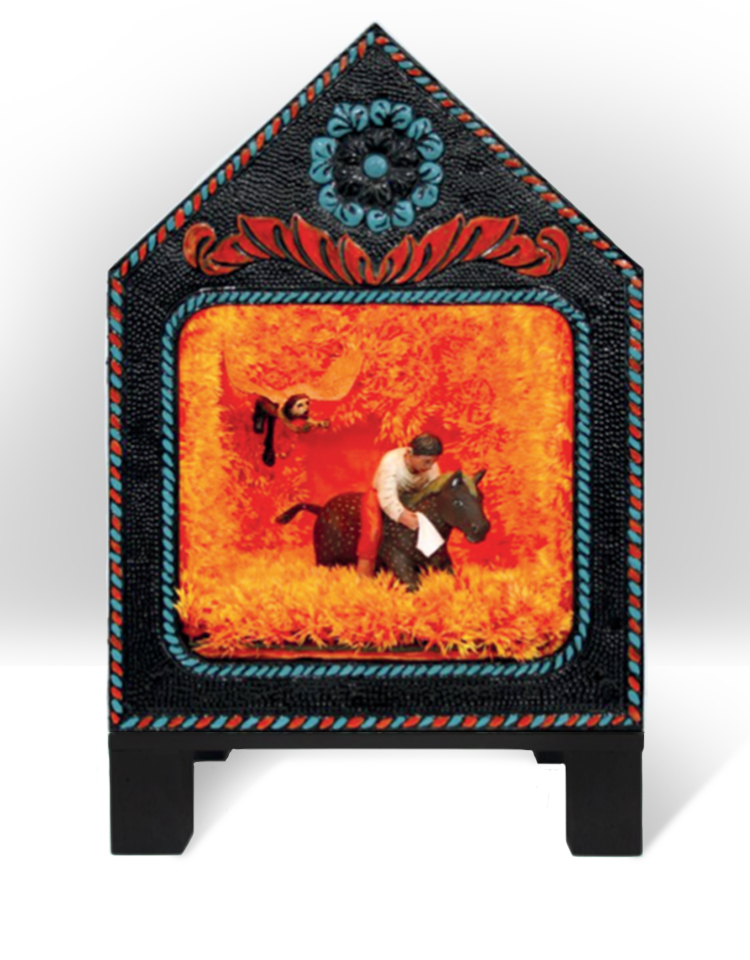 Pedro and the Witch

Pedro and the Witch shows the climax of the story in which the hero, Pedro, aided by an enchanted horse, flees from the winged witch 'Boroka'.