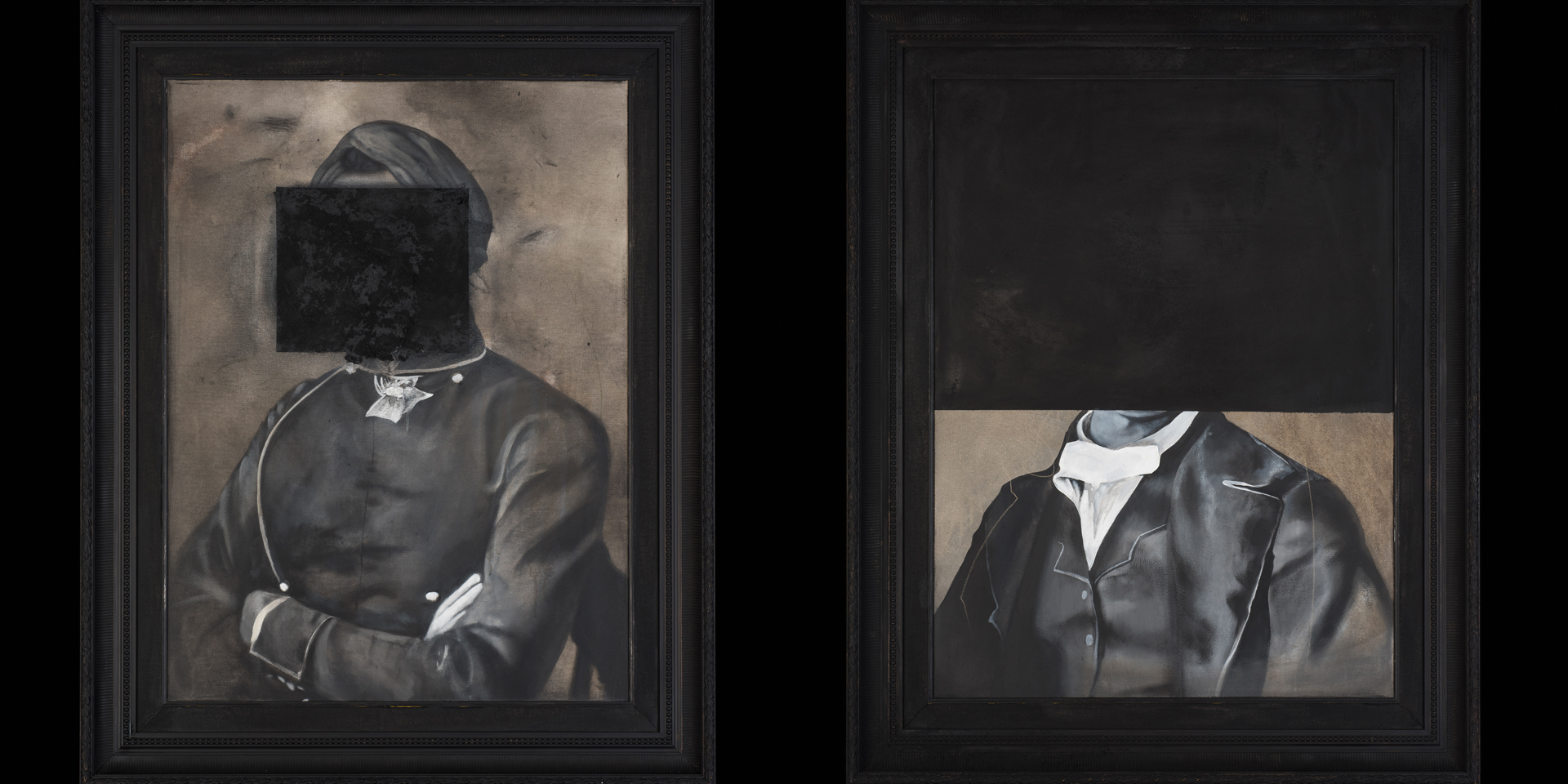 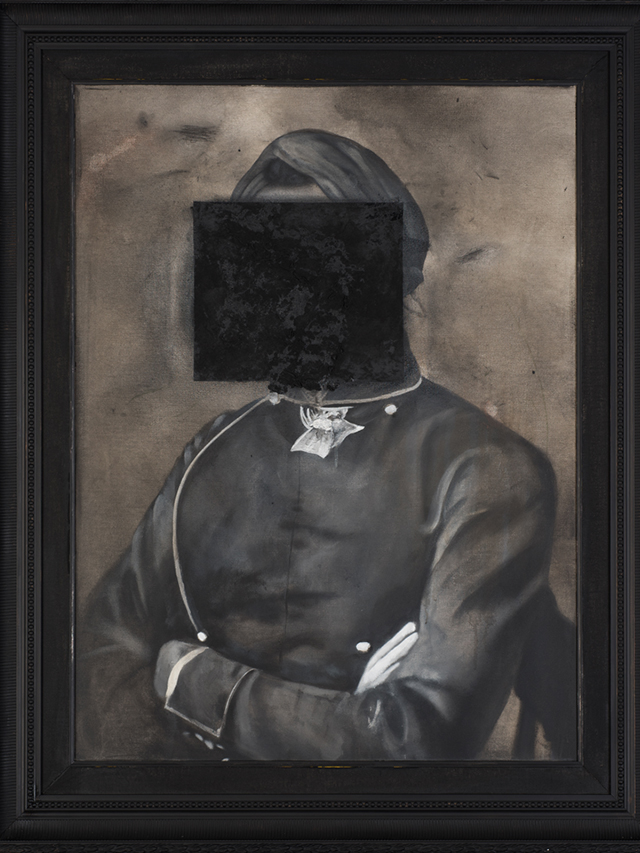 Inspired by the rich history of the region, the Moyang series of portraits by Fyerool Darma stand in some ways as an attempt to reconsolidate, and simultaneously reposition in the present context, individuals of historical significance who have become gradually lost to the past. These “portraits”, if they can be called so, have been truncated, cropped, and in some cases, blotted out with charcoal so as to obscure the images of the individuals they are intended to portray. And even their frames, covered in the black sheen of charcoal, point to, in the artist’s own words, a “negligence of these (native) narratives”. The use of cropping (of the entire portraits) and charcoal to blot out recognisable features, can be read as an invitation to viewers to explore, through their own research, in greater depth the identities of these individuals who have been omitted from mainstream historical study – highlighting the subtle undertones of interactivity embodied by the works.

Fyerool Darma (b. 1987, Singapore) works primarily in the medium of painting. With a focus on themes of migration, cultural identity and post-colonialism, his works take on storytelling qualities which retrace contested histories of Southeast Asia. Using a methodology of creation and obliteration, he examines the relationships between symbol, text and image.

Images courtesy of the artist. 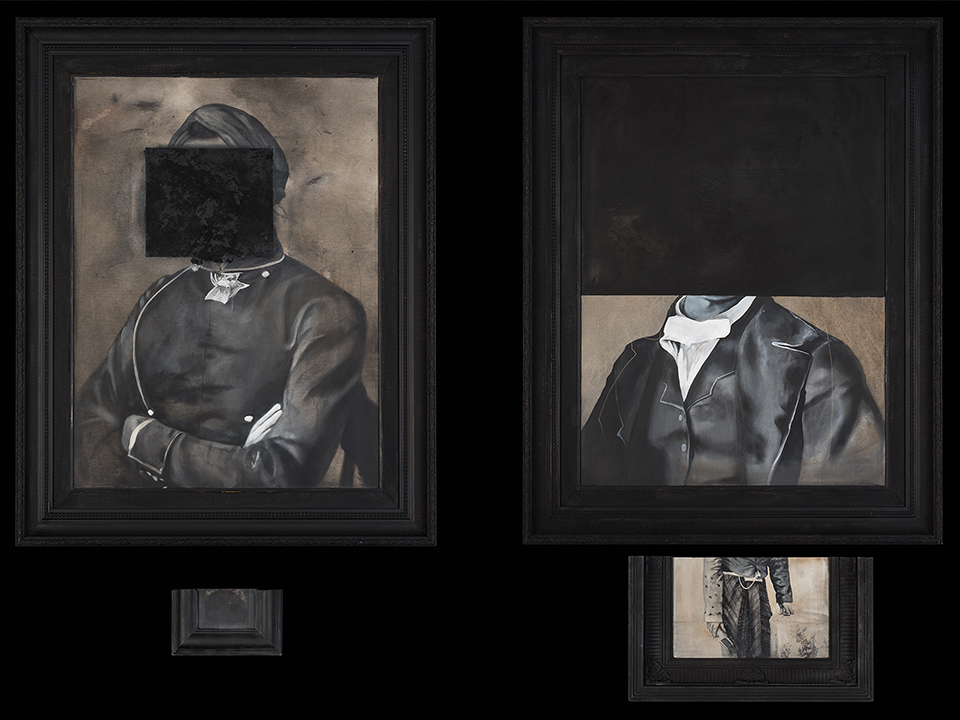 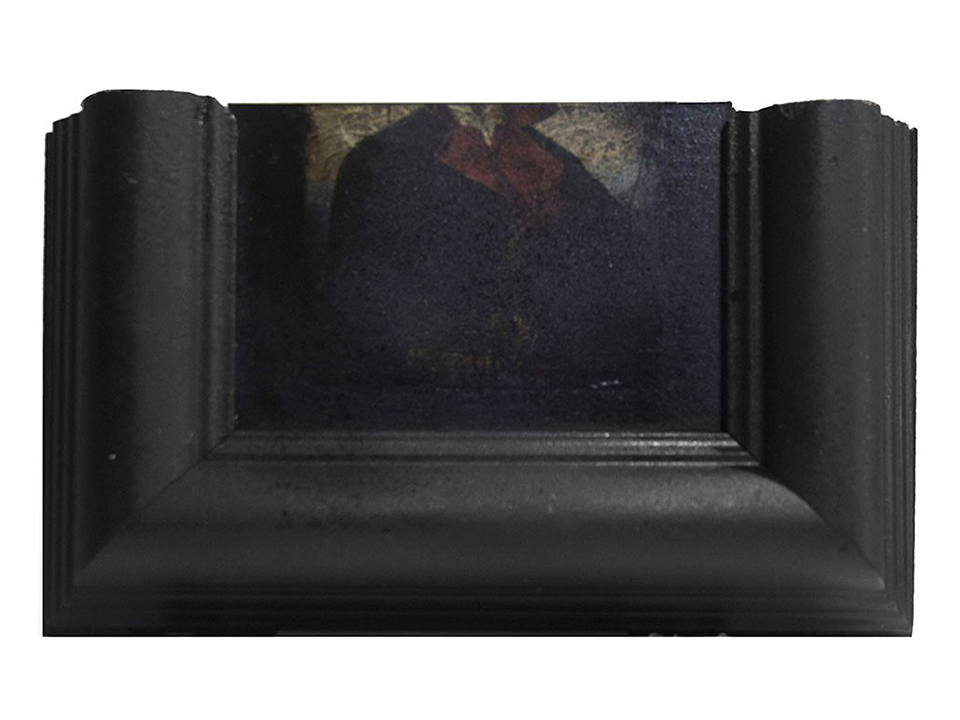 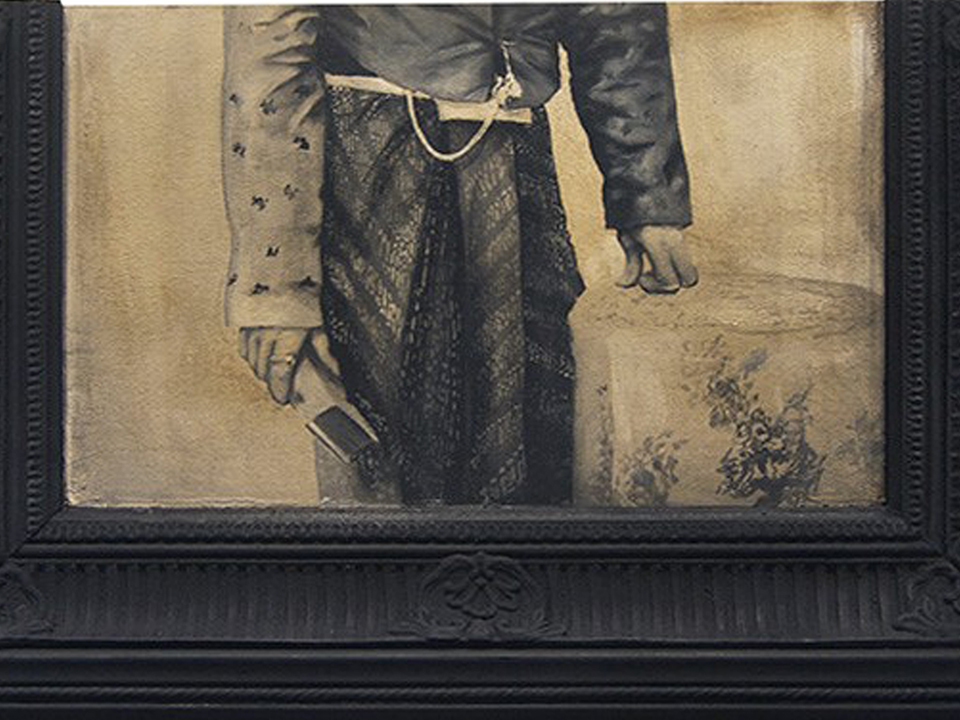