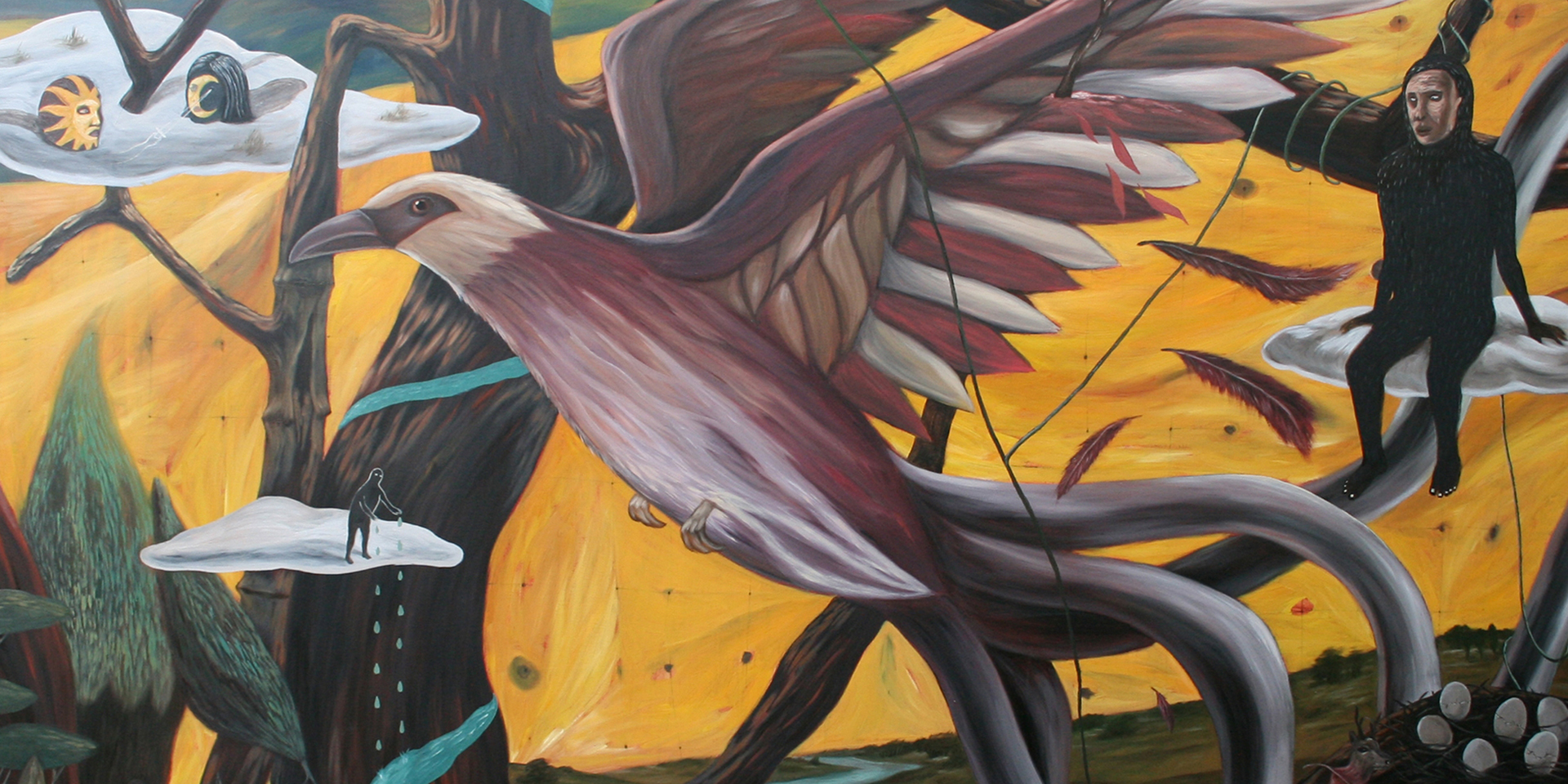 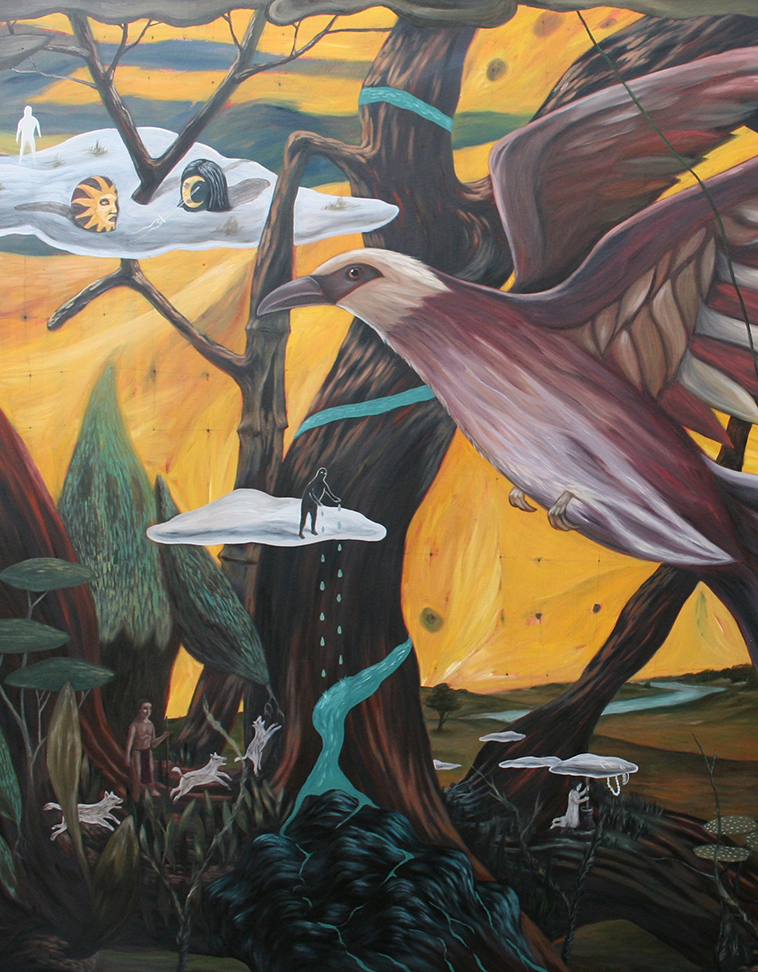 Rodel Tapaya spins his own magical narrative from the threads of native tales, weaving a fluid amalgamation of cosmologies from the Philippines’ many pre-colonial myths. In this dreamscape, stories about beginnings and creation shift and morph seamlessly into one another, suggesting that like ancient stories, it is impossible to pinpoint a tale’s precise origin and its exact ends. The centre of the painting is dominated by the mythical bird Manaul, whose feathers were transformed into different animals, the savage and the kind, including humans. Seated on a cloud is Kan-Laon, the Creator and King of Time. The left side of the painting depicts the origin of the mountains, when Kabigat, son of Wigan, discovered that the earth is flat and brought the mountains into being through the help of the rain god, Baiyuhibi. There are also stories of the children of another supreme creator, Bathala. His son is Apolaqui (the sun) and daughter is Mayari (the moon), and the tale relates why the sun is brighter than the moon. The origin of the first humans who are freed from a bamboo by a bird is also depicted here. 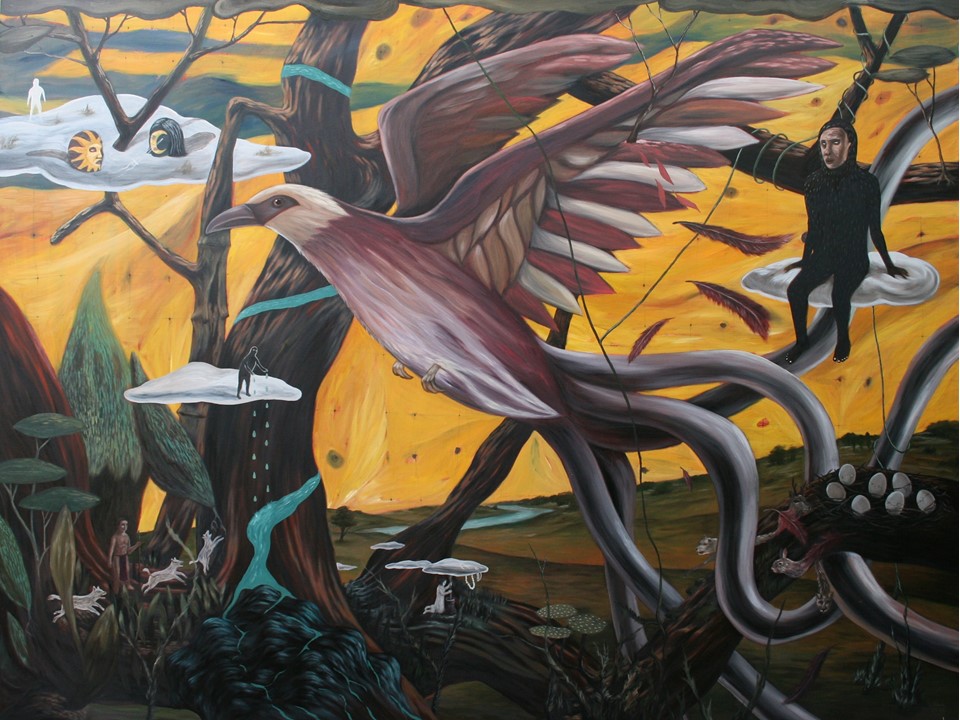