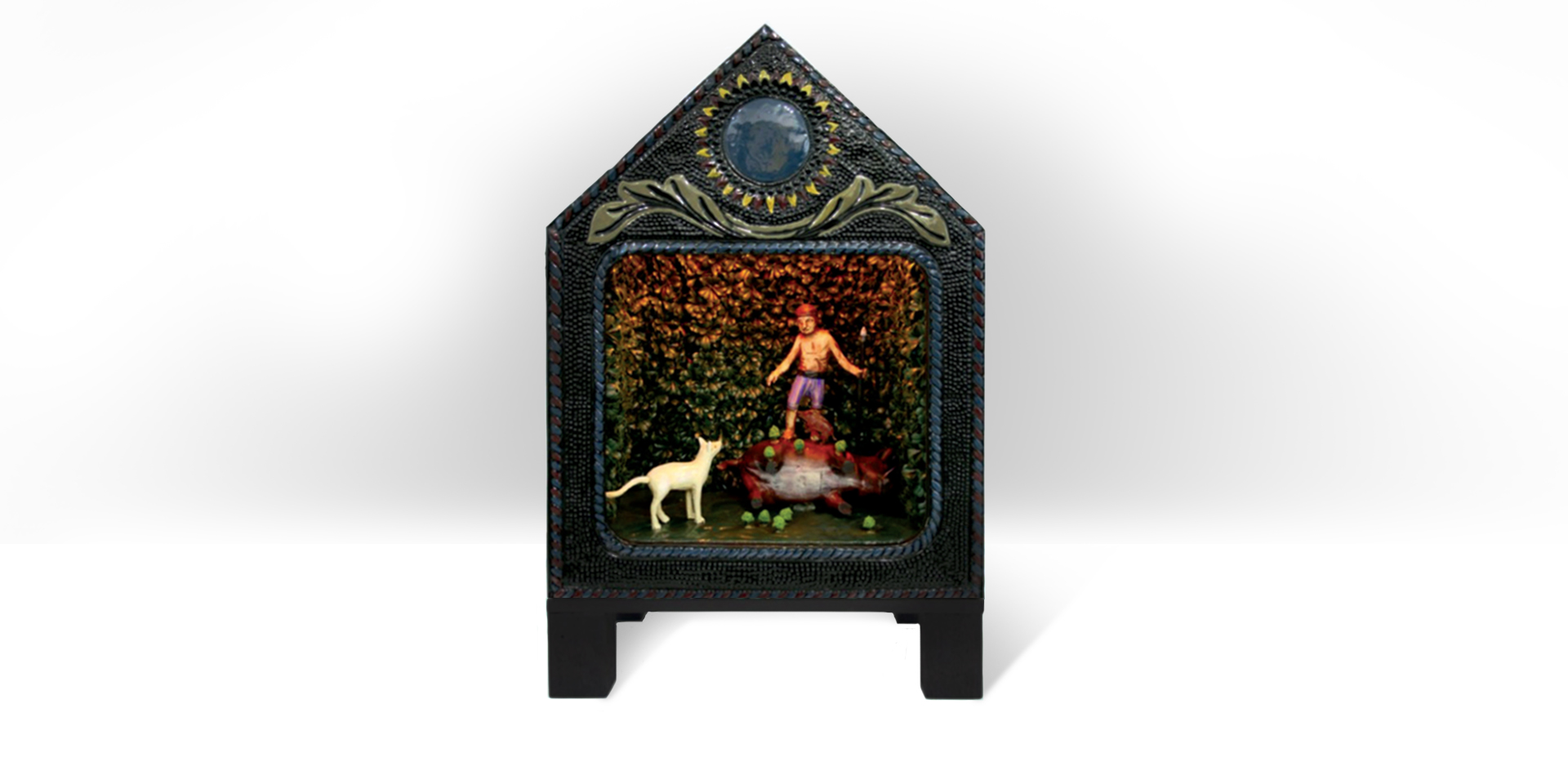 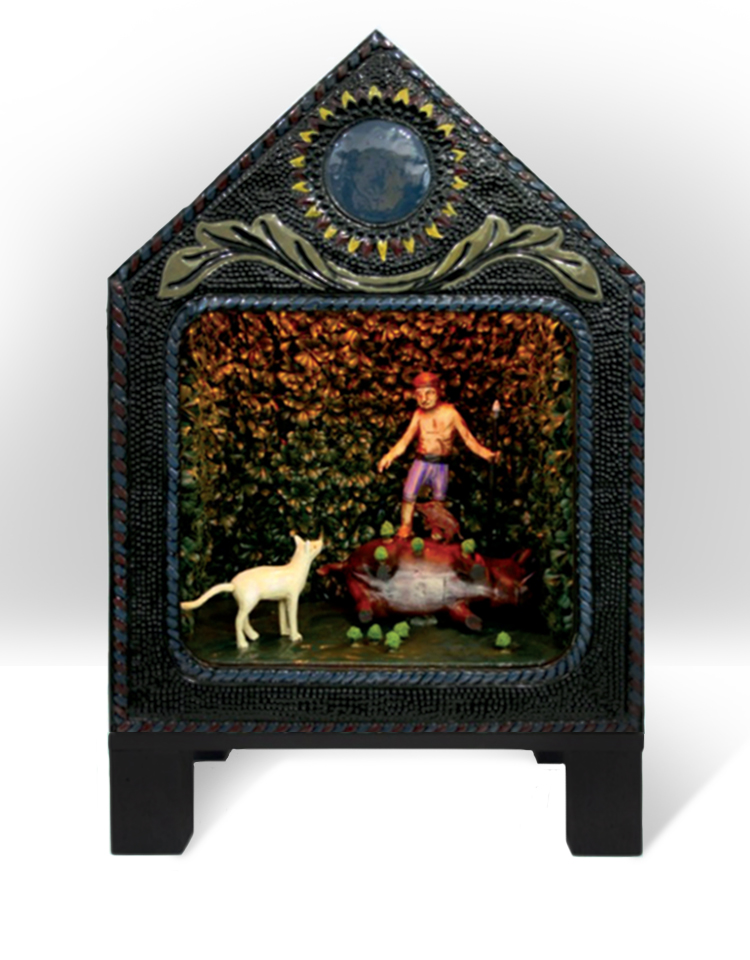 The Hunter of Pinamaloy tells of the creation of Lake Pinamaloy. A great hunter was seriously injured after he had killed a wild boar. He creates a garland out of the boar’s ears that he puts around his faithful dog, which he then sends to the town to seek help.