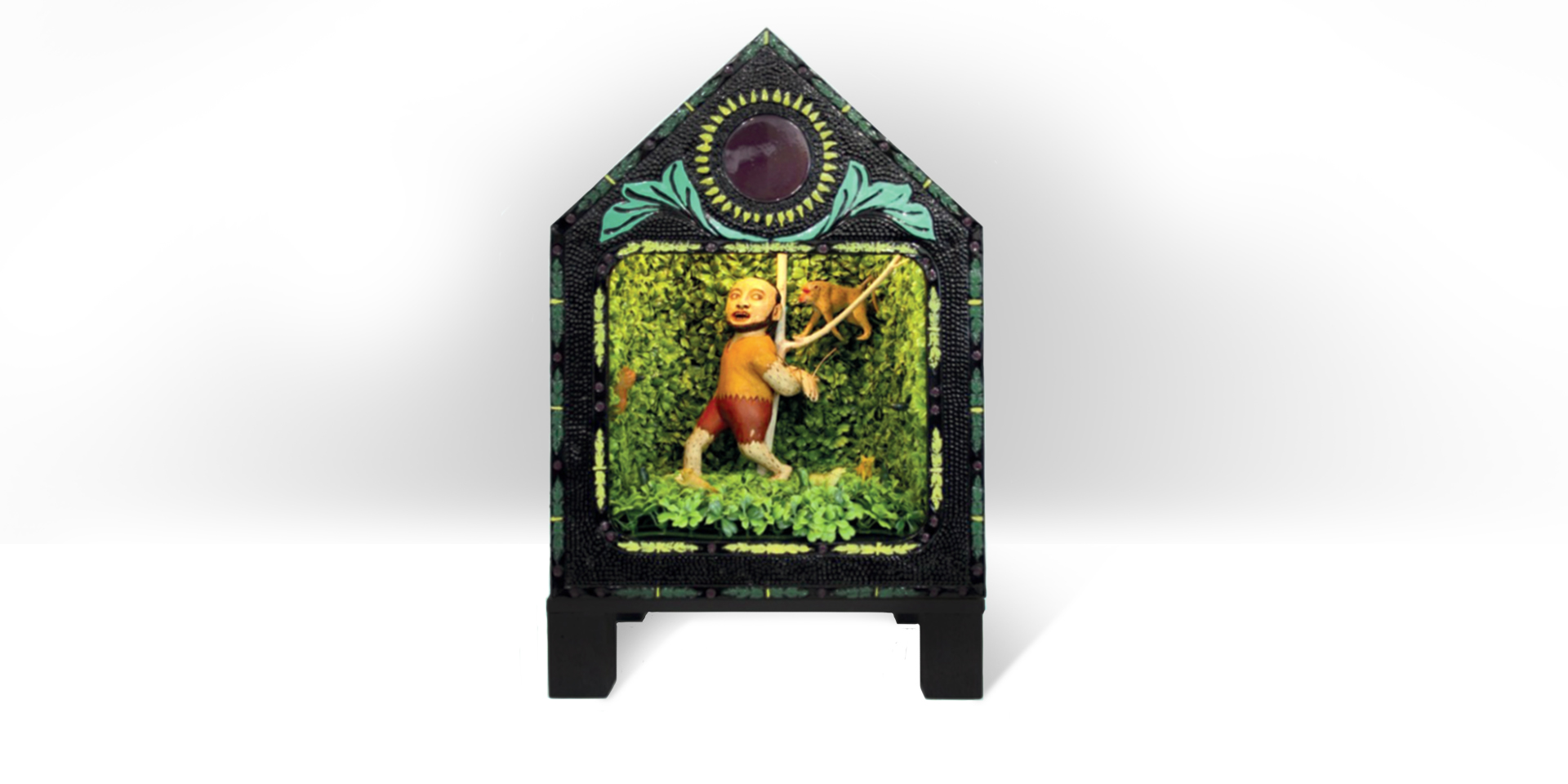 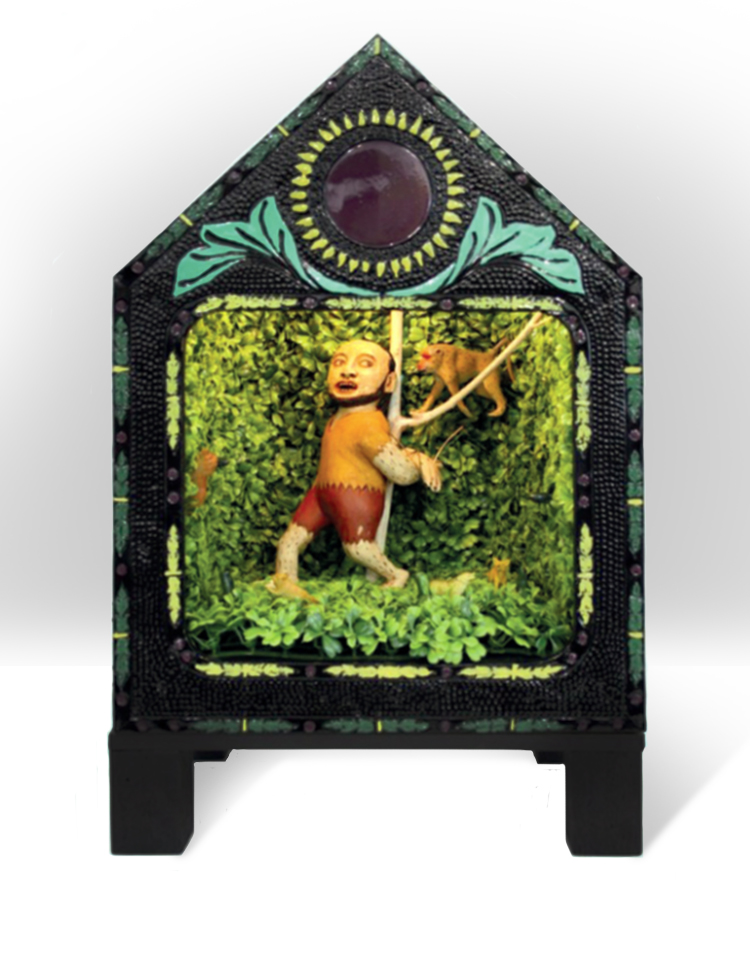 The Wise Monkey and the Foolish Giant

The Wise Monkey and the Foolish Giant is a folktale about how a small animal outsmarts a much bigger creature. The scene shows the monkey tying the giant to a tree, having tricked the giant into believing that was the only way to survive an impending storm.

Rodel Tapaya gained notable recognition early in his practice, for his “narrative paintings” that proffered a contemporary imaging of Philippine indigenous myths and pre-colonial legends. As morality tales, the stories in Tapaya’s works are also rife with metaphor, imbued with social critique of problems that ail his home country.