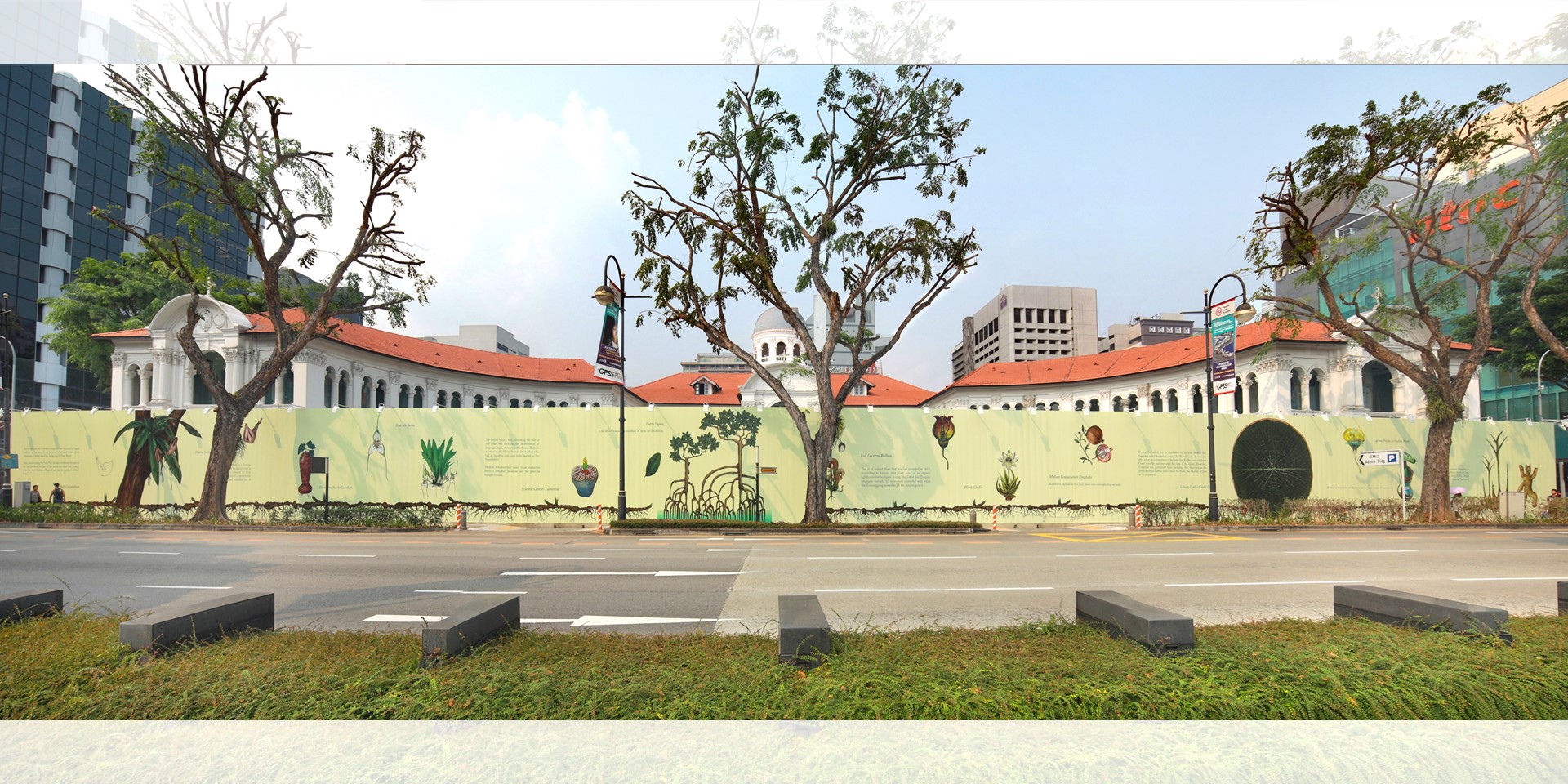 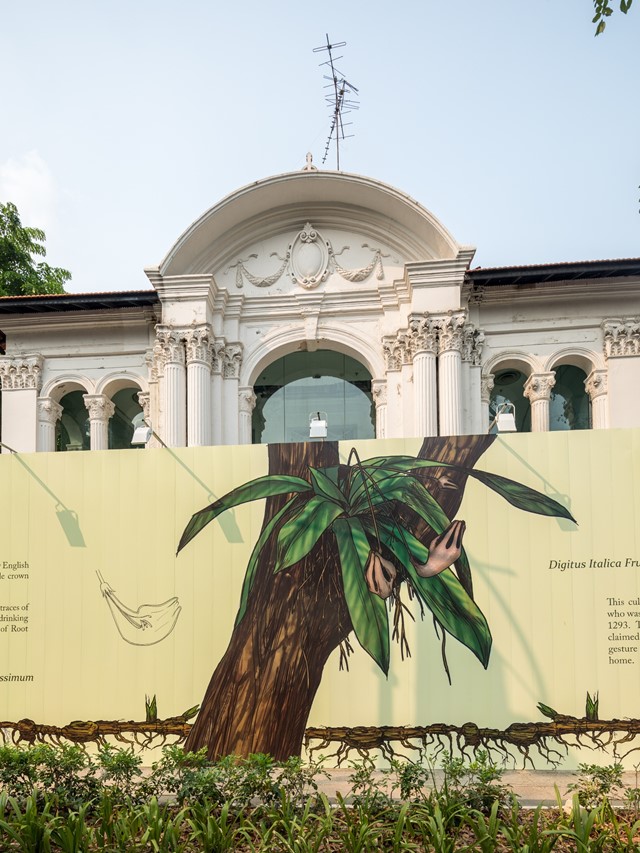 Walking in the City ft. Artworks by vertical submarine

While it undergoes its first major building redevelopment since its official opening in 1996, Singapore Art Museum will continue to feature contemporary artworks by turning the buildings’ perimeter hoardings into a public showcase of commissioned works by local artists. The Walking in the City series will engage with themes such as history (of both the building and the island), society, urban development, and the environment.

Flowery Language examines the history of botanical illustrations in relation to the power and potential of representation.

Tua Kang (Hyperboleh) is a tongue-in-cheek reimagination of the world map.

For this work, the artists have expanded the size of Singapore to many times its original size. Highlighted in red, the colour refers to the popular cartographical representation of Singapore as ‘a little red dot’, while the enlarged size alludes to the common perception that the country is able to punch above its own weight in the international arena. The title of the work is from a Hokkien expression used to describe an exaggerated story. In portraying Singapore as such, the artists take a humorous approach to open for discussion our successes in relation to our relatively small size.