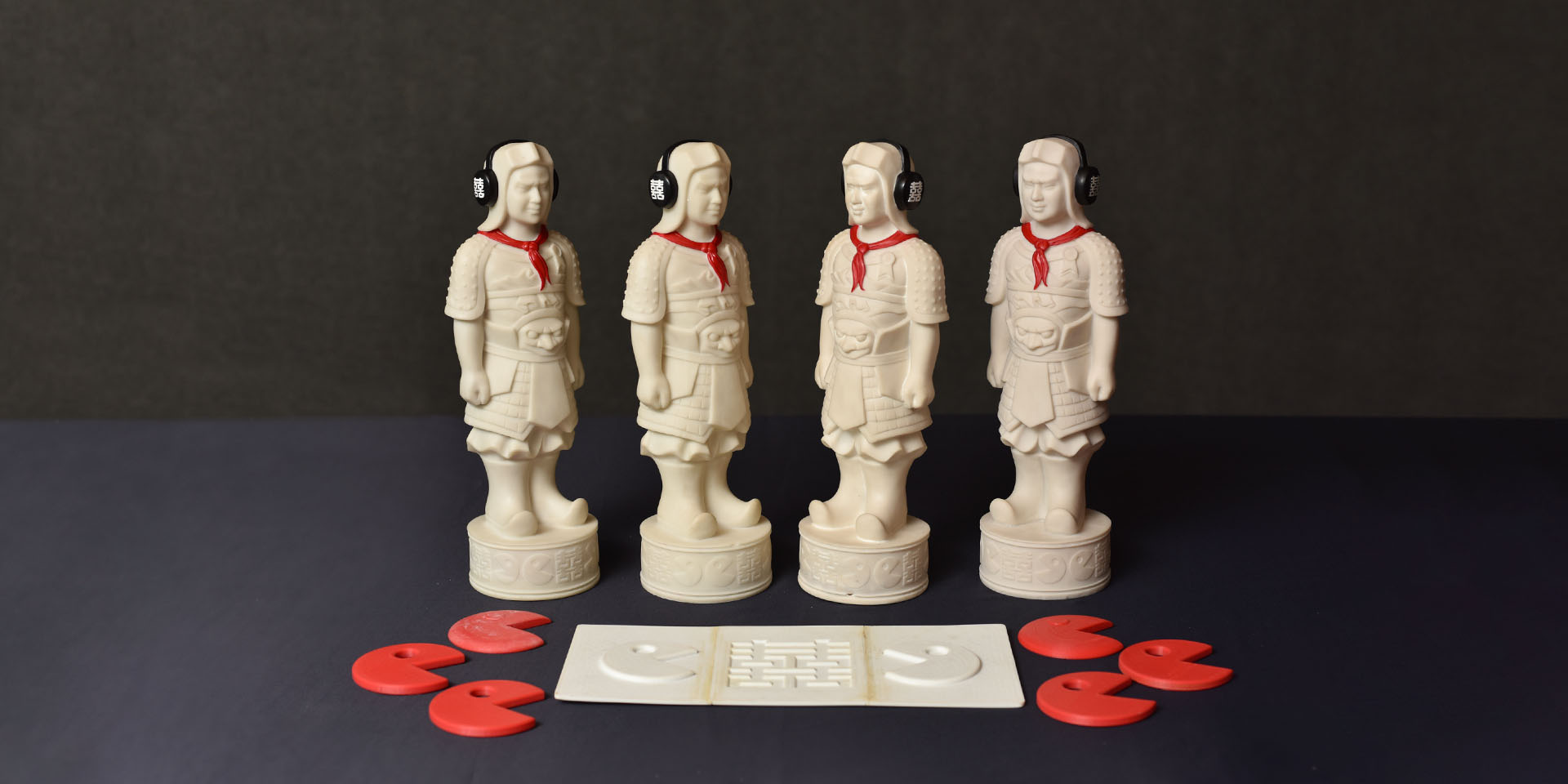 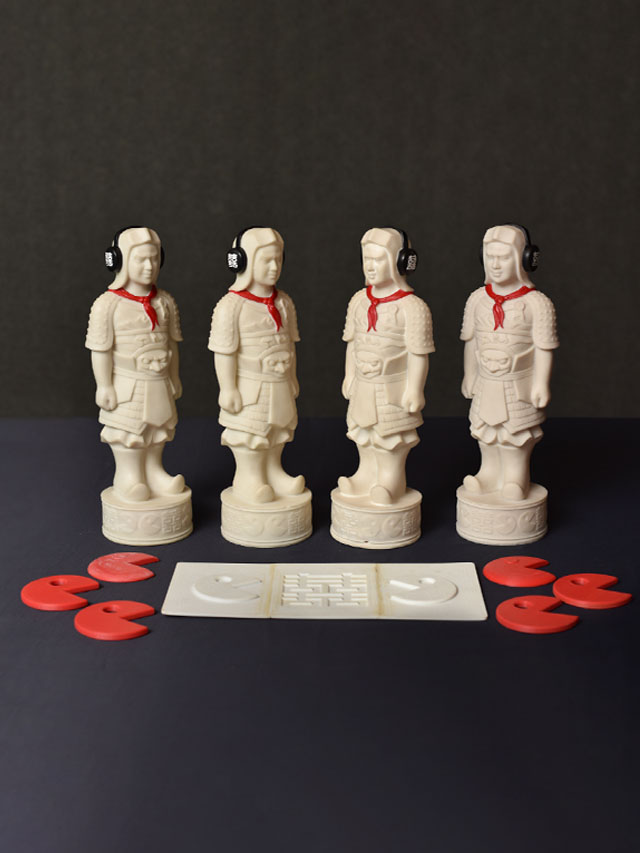 East & West consists of various 3D printed symbols that were featured on figurines in the original artwork of the same name,  commissioned as part of the Singapore Art Show 2009. It comprises a small army of terracotta warriors adorned with headphones, inviting reflection on how the rules of social order are drummed into us from young.

Justin Lee (b. 1963, Singapore) creates works which are witty yet thoughtful, combining traditional Eastern imagery with Western iconography. He uses pop art as a medium to playfully contrast Asian values against 21st century consumerism in an era dominated by capitalism.