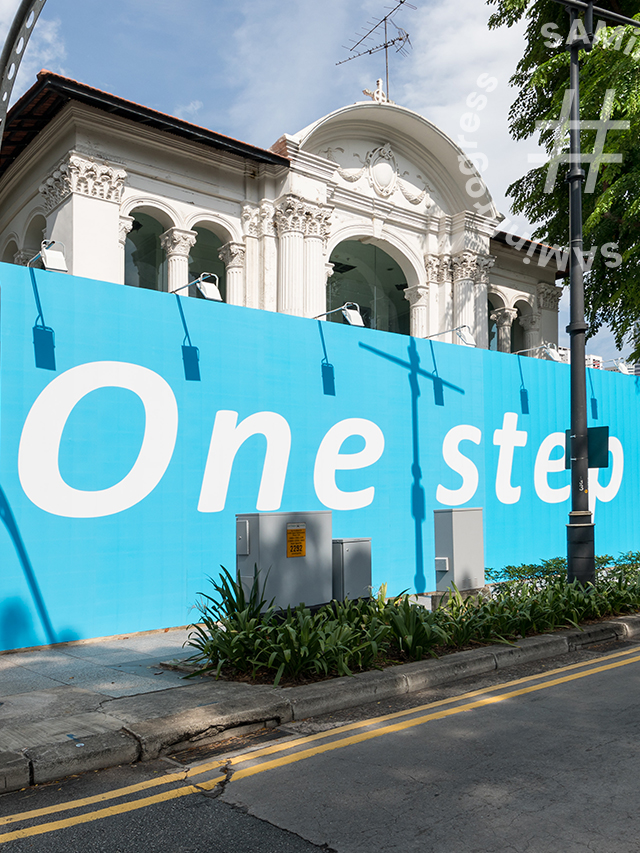 Contemporary artist, curator and lecturer Amanda Heng (b.1951, Singapore) is known for making art that explores real-world issues through everyday activities – whether it’s walking, peeling beansprouts, or having coffee. Her recent work for the Singapore Biennale, titled Every Step Counts, draws upon the act of walking and takes an introspective look at the ageing body and how it is impacted by the rapidly evolving social and cultural environments. 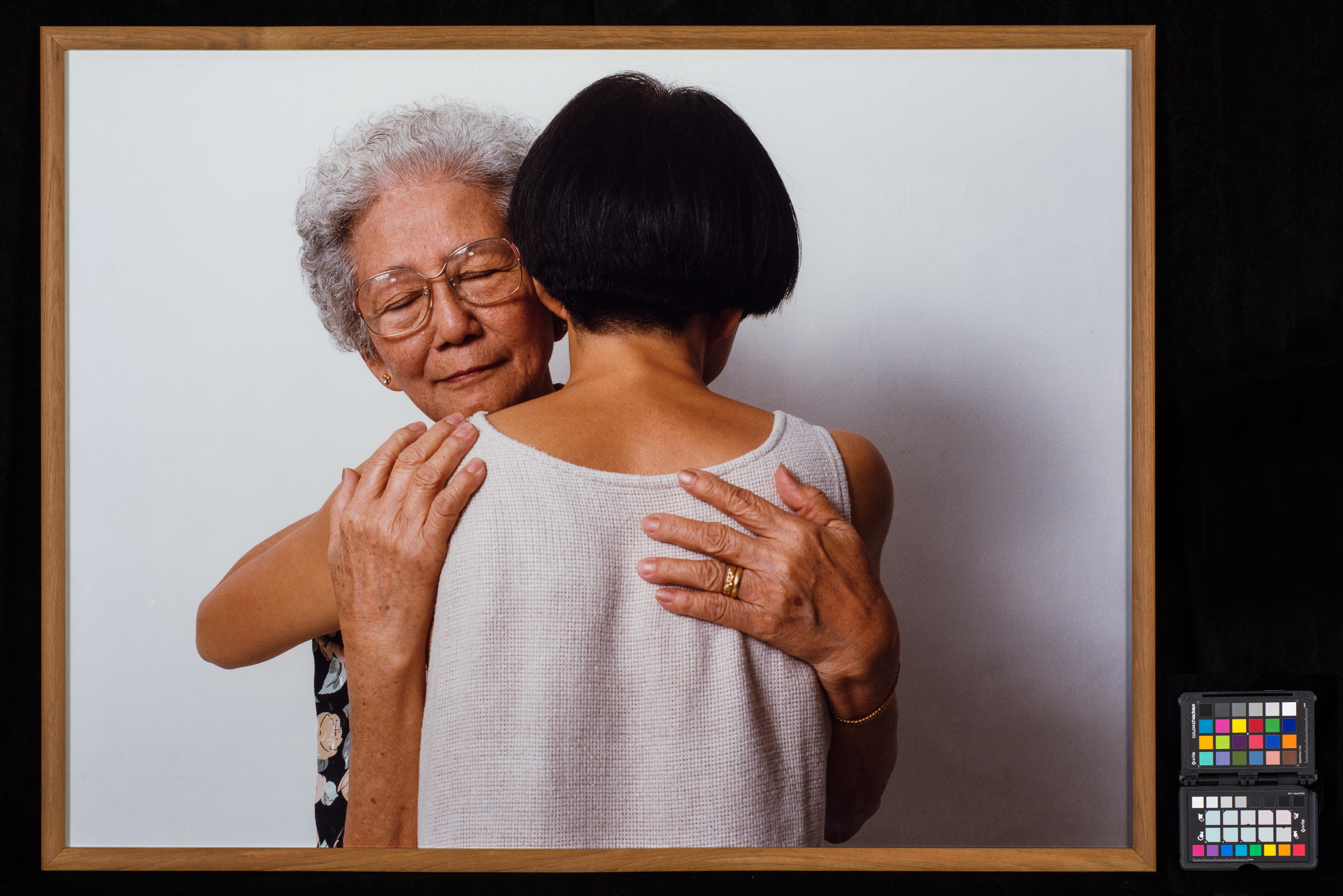 Every Step Counts is a project spanning May 2019 to March 2020. The work comprises a two-day walking workshop, a text work, archival footage, a video projection and a series of live performances. The larger-than-life text work is featured on SAM’s hoarding along Bras Basah Road, while the video projection is exhibited at the Esplanade tunnel, joining the line-up of outdoor artworks displayed during the Singapore Biennale 2019.

Here are 6 things about Amanda Heng and Every Step Counts you need to know.

Influenced by the Taoist principle of “working with rather than against nature”, Amanda sees walking as a form of meditation, a ritual from which to draw inner strength.

“It has to do with my intention of examining the body, which is an important element in live performances. The body is actually a live organic element that grows and gets old. This aged body – how should I look for the continuity of practising, of using it?” 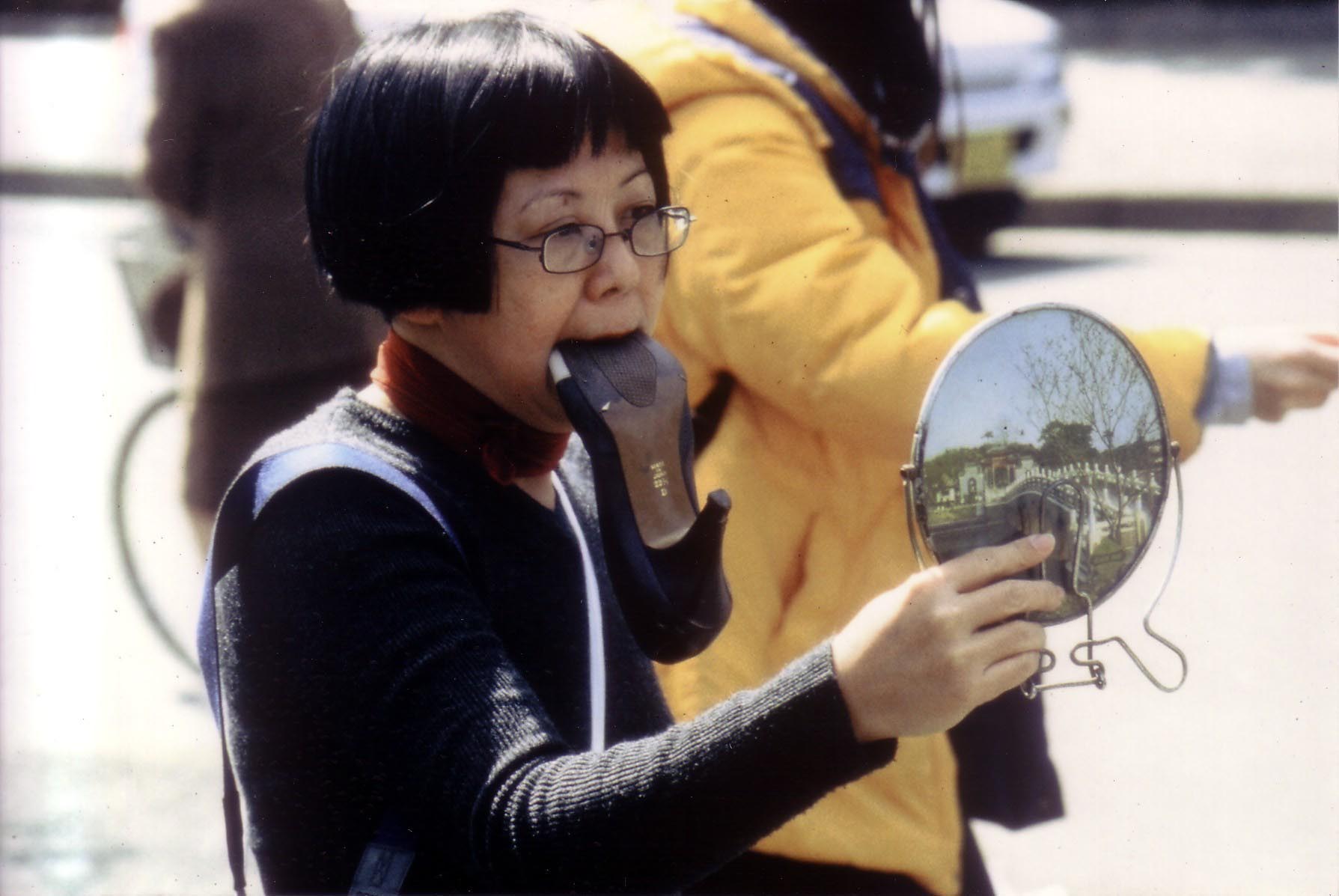 Amanda started exhibiting her works at SAM during the inception of contemporary art in Singapore. Returning to showcase this text work during the buildings’ current state of renewal, the artist views the words as her vision for the museum and the local arts scene.

Amanda also hopes the text will serve as a reminder to audiences to draw on their innermost strengths and their natural instincts for renewal and healing as the body ages alongside a progressing society. Doing away with all bells and whistles, Amanda chose to present her work as a single line of text standing as a backdrop against a busy street; blue to represent the sky – a constant to anyone, anywhere; white to uplift; and bold italics to represent spirited movements. She hopes its simplicity will stop people in their tracks to savour the words amidst the hustle and bustle of life.

Every component of Every Step Counts engages people in different ways. The workshop, for instance, involved nine participants spending two days charting their own routes of walking, who later had their walks filmed and are now being projected onto the walls of the Esplanade tunnel. It is hoped that when passers-by walk alongside these participants, albeit in a different space and time, they will become more attuned to their surroundings and their own pace. 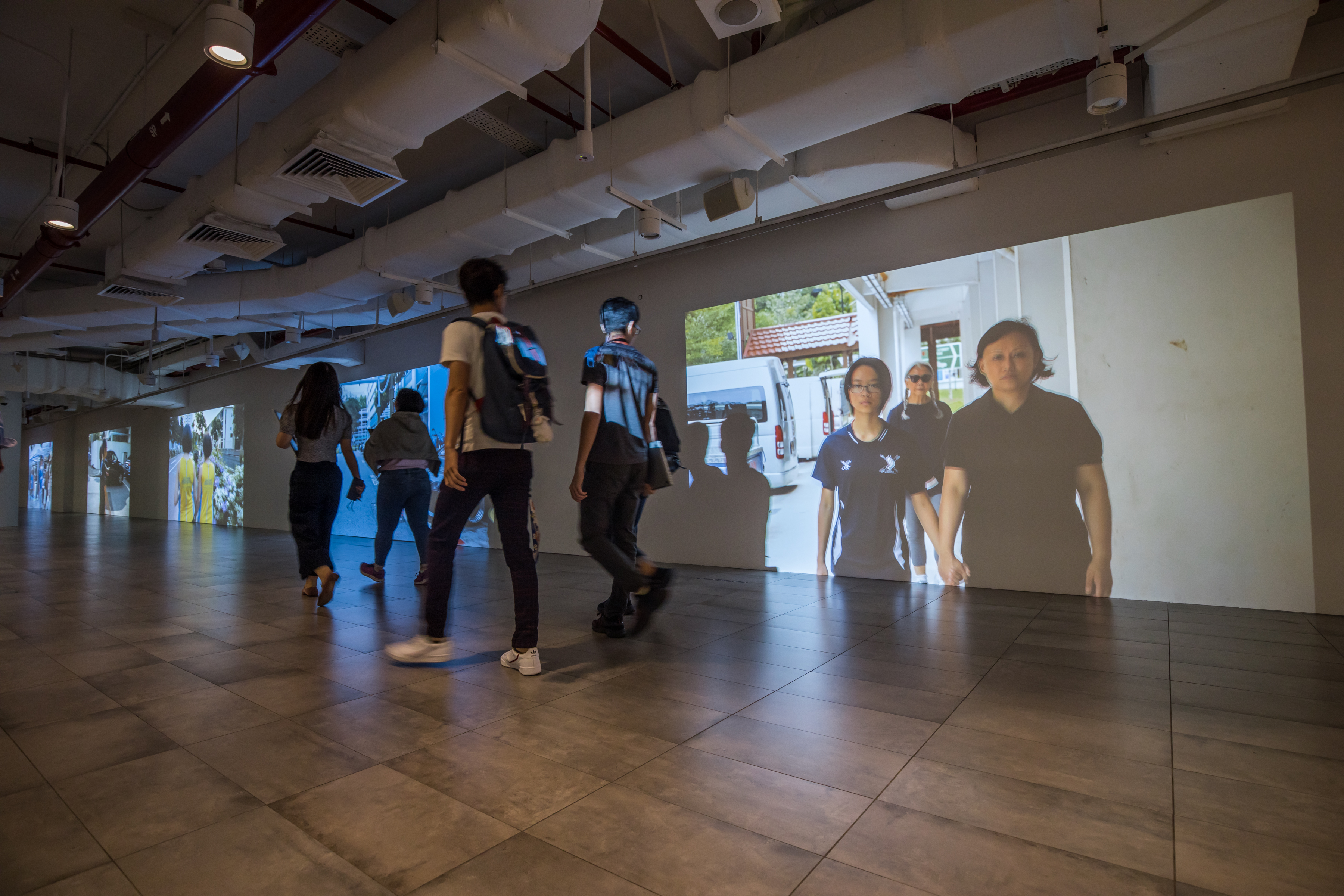 Passers-by looking at the video of Amanda Heng’s work projected onto the walls in the Esplanade tunnel.

#5
TRANSFORMING THE WORLD INTO A STAGE

Amanda’s signature work Let’s Walk came at a time when performance art was still uncommon in Singapore. When she first came up with the work, she took a high stool from her studio, put some wheels on it, and walked it in the outdoors like walking a pet. From this experience, she realised that she doesn’t have to rely on a traditional art space or a license from the authorities; because if others can walk their pets freely outdoors, she too can bring her “pet” project out. And so, she creatively broke away from the boundaries of a traditional art space and has since performed many live walks in public spaces in Singapore and around the world.

“I realized that this stage is actually the whole world – a wide, open space. You chance upon lots of different kinds of [people], curiosity, and questions.” #6
REACTIONS CAN BE POSITIVE, NEGATIVE...OR BIZARRE

Amanda keeps her performances open to chance encounters. She believes that it is the audiences and participants that enrich her art, making each performance unique. During one particular live walk in Poland, someone came up to Amanda and whispered in her ear, 'If you don’t stop walking, I am going to snatch your shoe!’ When she didn’t stop, he did exactly that, and she was surprised when some of the participants ran after him, while others offered their shoes to her. And Amanda? Well, she just kept on walking.

Every Step Counts is showing as part of Singapore Biennale 2019 from now till 22 March 2020 at the SAM hoarding on Bras Basah Road and in the Esplanade tunnel. A series of live walks by Amanda Heng will also be happening throughout the Biennale. Find out when you can catch Amanda’s live-walk performances here and discover more about her work here.

Keep an eye on this blog because we’ll be sharing many more stories on SAM’s redevelopment and other exclusive content. If you have a story to share about SAM or its buildings, please reach out to us at [email protected].