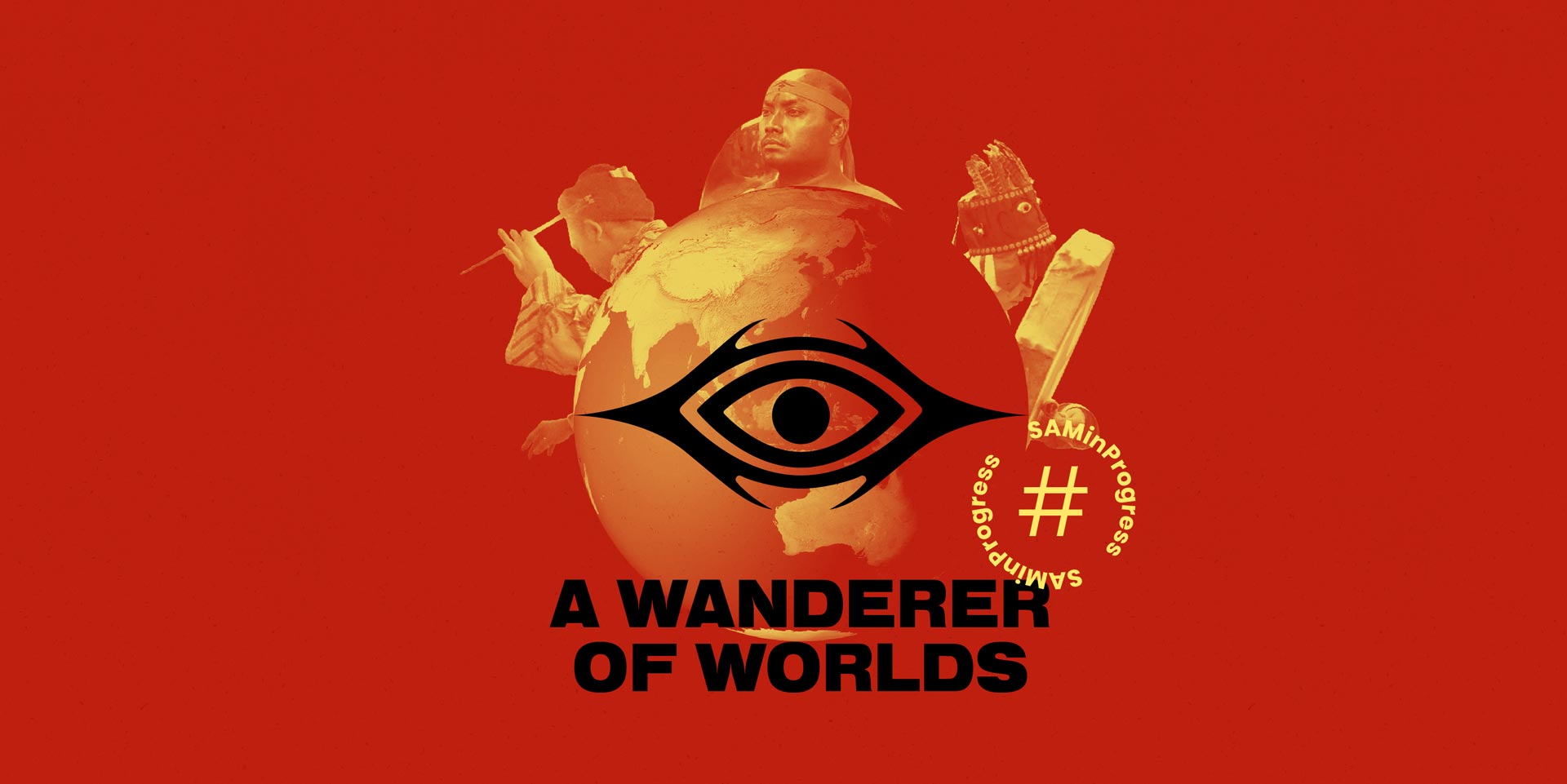 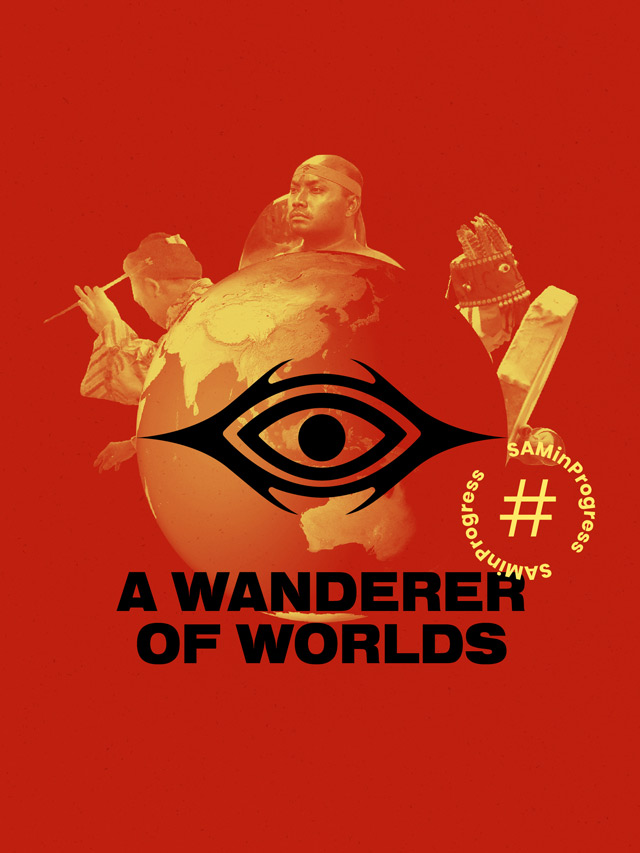 A Wanderer of Worlds

A decade since artist Choy Ka Fai began investigating the future of the human body in our increasingly technology-driven world, he finds himself in the realm of the supernatural in his latest artwork presentation with SAM, CosmicWander: Expedition. Through immersive multimedia installations and performances, the Singaporean artist showcases his ongoing research into the intersection of dance and shamanistic cultures.

The Berlin-based artist spoke to SAM about his 18-month-long expedition across Asia where he interviewed and recorded the performances of over 50 shamans. The journey through Indonesia, Siberia, Singapore, Taiwan and Vietnam opened Ka Fai’s eyes to the role that shamans play in different cultures, and also stretched his mind about the possibilities of alternative worlds of knowing and being.

Your earlier works had a techno-futuristic bent, such as Prospectus for a Future Body (2010) where you explored the interaction between body, memories and digital technology. How did you become interested in the shamanistic cultures – a spiritual subject that seems antithetical to technology?

It is a natural progression. Since leaving to study in London in 2010, I have been looking inwards into the body and its different extensions. As an avid observer of dance, I’ve always questioned who has authorship over a movement. I began thinking about dance choreography, which led me to interview over 80 dance makers for my project Soft Machine (2012–16). Subsequently, I made another project, Dance Clinic (2016–18), where I experimented with a Papuan dancer about going into a trance state. What does it mean when the human body is in trance? I tried measuring the dancer’s brainwaves in a normal state and when he was in a heightened state of consciousness, which can be loosely translated into trance. This is where the impetus of CosmicWander came from, when I started thinking about the body in different states, realms and entities. 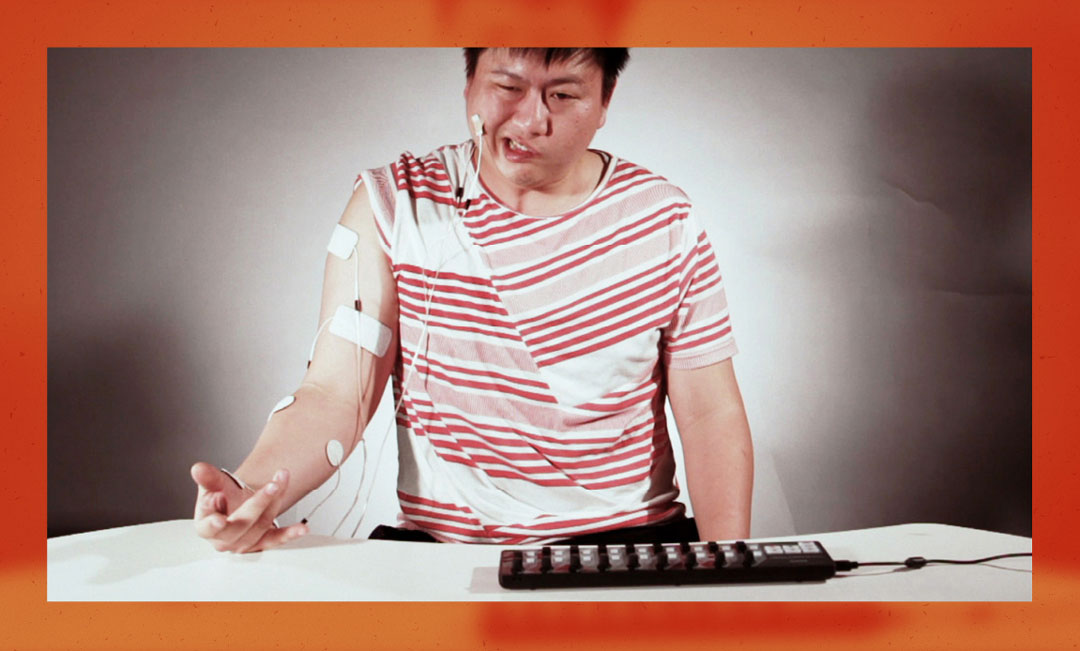 As part of his project Prospectus For a Future Body (2010), Ka Fai experimented with electrical nerve stimulation to design digital muscle memory to choreograph movement in the body. Image courtesy of Choy Ka Fai.

What is the connection between shamanism and technology?

It’s not so far-fetched when you think about the technology I engage with, such as artificial intelligence and motion capture. In Cologne, a guy has bought the copyrights of dead pop stars to create avatars that can be licensed for performances. For my recent project UnBearable Darkness (2018), I engaged a Japanese shaman to call on the spirit of the late choreographer Tatsumi Hijikata who founded a genre of dance performance called Butoh. I wondered: if the shaman is possessed by Hijikata, does it mean I am watching him dance? By extension, if I motion capture a shaman possessed by a god, does it mean I am digitising the motion of a god?

A trailer for UnBearable Darkness where Ka Fai revived the performance of the late Butoh dancer Tatsumi Hijikata by creating an avatar of him using archival material.

Amongst the over 50 shamans you met for CosmicWander, what was one memorable encounter?

It was during the last days of my six-month research trip in Taiwan. I visited a Taoist temple in Pingtung that worships Jesus, Buddha and Allah in one altar. As a Christian, I really wanted to speak to Jesus. I asked him for the usual advice about my career prospects and love life. When I asked if I should stay on in Taiwan to further my career, he said I should return to Germany. A week after I returned, I received an arts grant.  I also successfully extended my residency permit in Berlin. Another week later, I received several opportunities from Germany to create more artworks in 2021.

What have you learnt from your travels into other worlds?

CosmicWander is more than that moment of trance. What is interesting are also the stories about the shamans who play important roles as counsellors and even social workers in a community. In Taiwan, I joined a pilgrimage for Mazu (a Chinese sea goddess) where her followers walked for 10 days with her in a sedan. She is really embedded in their everyday lives. Even the president of Taiwan has to say hello to her. 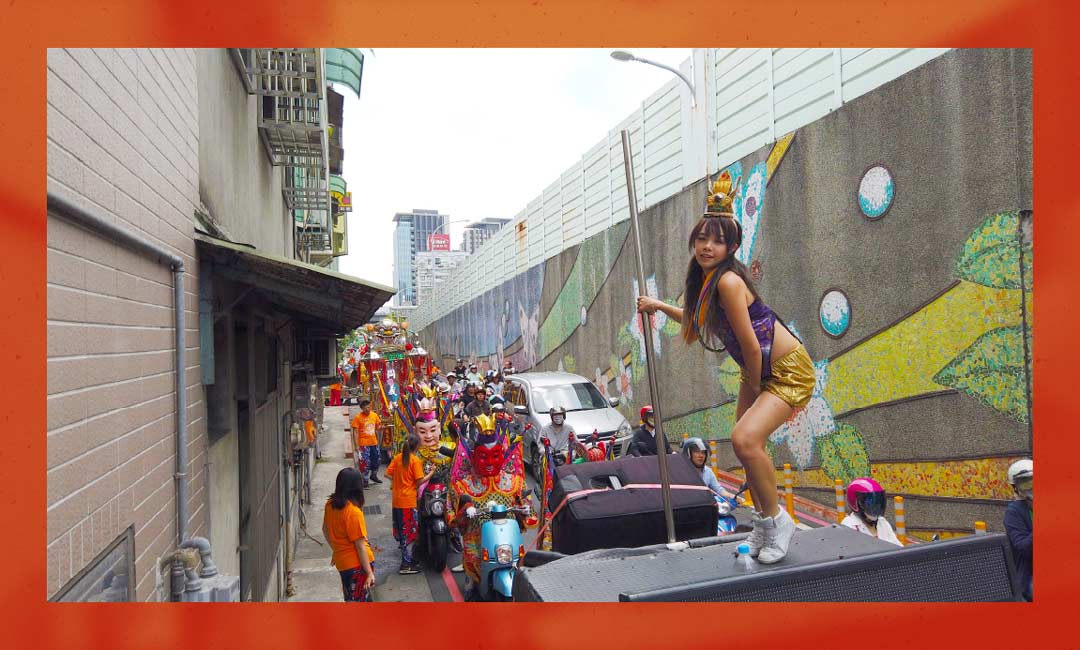 A pole-dancing performance for a deity on the streets of Taiwan. Image courtesy of Choy Ka Fai.

Shamans also embody the collective memories of a community. When you look at the movements of shamans in Taiwan, they have resemblance to Chinese opera. Some shamans learn their movements from a master, while another school of thought is to improvise depending on how a shaman feels the god’s presence. So it’s similar to dance where one follows a choreography or responds to certain physical reactions.

I think the project is about getting to know the real world through the spiritual realm. Just as scientists build robots to try to understand better what is human, I research into gods and spirits to understand humankind. They wouldn’t exist if humans did not need them.

Just as scientists build robots to try to understand better what is human, I research into gods and spirits to understand humankind. They wouldn’t exist if humans did not need them.

Shamanistic cultures have an exotic appeal that you seem to suggest in your earlier presentation of this research at the Bangkok Art Biennale 2020. Why did you present the work as a conceptual travel agency  then? How might it also speak of our times when travel is restricted?

The idea of “wandering” is what I’ve been looking at. If you go into trance or experience a session with a shaman, it almost feels like there is tourism happening. I thought of a conceptual travel agency for Bangkok also because I only showed my research from Siberia where I visited Lake Baikal, which is a holy place for the Buryat shamans. But it has become a tourist hotspot. When I visited, you could feel the holiness of the place disappear as the tourists started gathering with their cameras and drones. It was like a Disneyland in a sense! Towards the end of the trip, I also found a shaman organisation that has built their own temple and organises tours for tourists. These experiences gave me the idea to present the work as a conceptual travel agency. 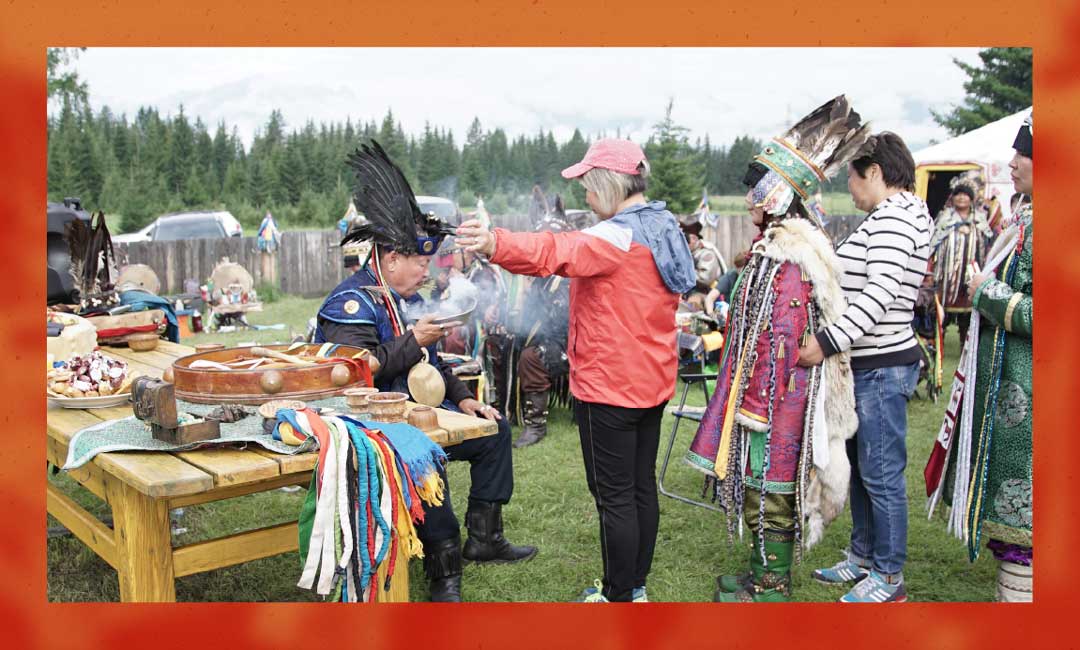 CosmicWander is not just about looking inwards, but also about looking at otherness, and the presence of other worlds. The shamanistic or spiritual practice is marginalised in many communities today because it is not scientific. In some political systems it is also not allowed to have such spiritual beliefs too.

What can audiences expect to see at CosmicWander: Expedition?

It is the first time I have put together my different research. There is a six-channel video installation of the shamans I met with across five different countries. A second presentation is a speculative video featuring a getai troupe of different gods performing pop songs to bring across the idea of how we consume spiritual entertainment. I’m also showing a hypothetical Vietnamese Len Dong ritual costume inspired by the country’s revolutionary leader. Then there is an archive section that contains my interviews and research with the shamans.

The tagline for CosmicWander is “You are invited to expand yourself”. What do you hope audiences will take away from the exhibition?

I created the tagline for myself because I used to be a sceptic of all things, not just about spiritual matters. It’s about opening your mind so that you can see more things. CosmicWander has opened my “third” eye in a way. I grew up in a Taoist/Buddhist family and converted to Christianity when I was 18. I’ve never been particularly religious but since living in Berlin, it is so quiet here that I began exploring a different ability to sense through my body.

How would you describe CosmicWander in a sentence?

My curiosity about the aspiration to transcend.

Travel into new worlds with CosmicWander: Expedition by Choy Ka Fai. The exhibition is held at Block 39, Tanjong Pagar Distripark from 16 January to 21 February 2021.