Trick or Treat with SAM

As a 160-year-old building, we’ve got an entire metaphorical attic filled with unexplained events and occurrences. To be more specific, we’re talking less paranormal rumours, more real-life cold trails. And the thing about unsolved mysteries is that the more unbelievable they are, the more we want them to be true. Which leads us to the question: can you spot the trick from the treat? 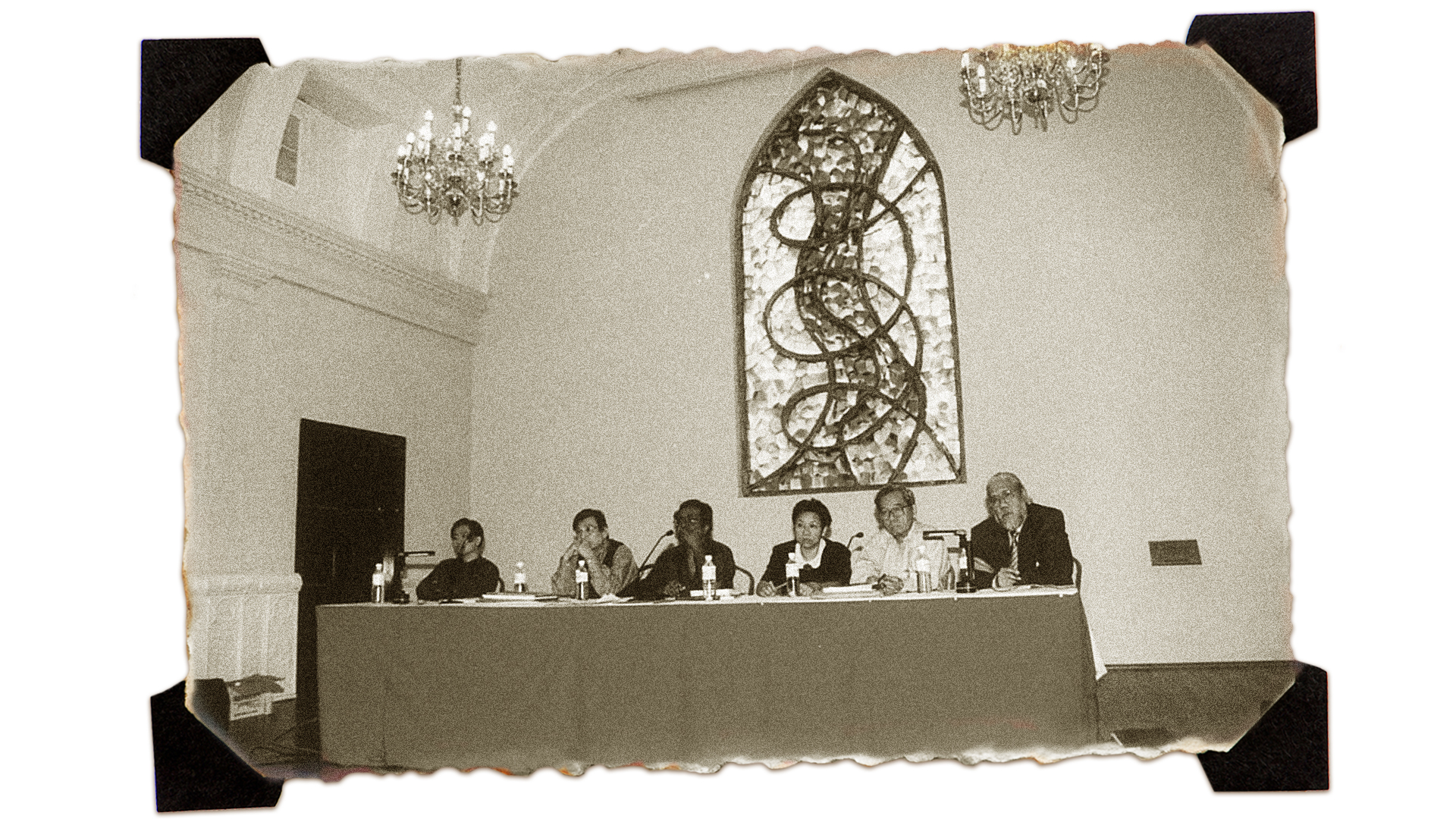 The Chapel at SAM’s Bras Basah Road building, during its official opening press conference, circa 1996. In the background is the artwork Quintessence by Filipino artist Ramon Orlina that now occupies the void left by the missing stained-glass window.

TRICK: The window was actually removed from the Chapel and sent to the adjacent Church of Saints Peter and Paul for safekeeping during the Japanese Occupation1. The exact date that the window went missing is unclear. However, it really was lost and never recovered.

An unexpected discovery was made during the restoration and preservation of the building before the opening of Singapore Art Museum: a smaller chapel hidden within the Central Building. 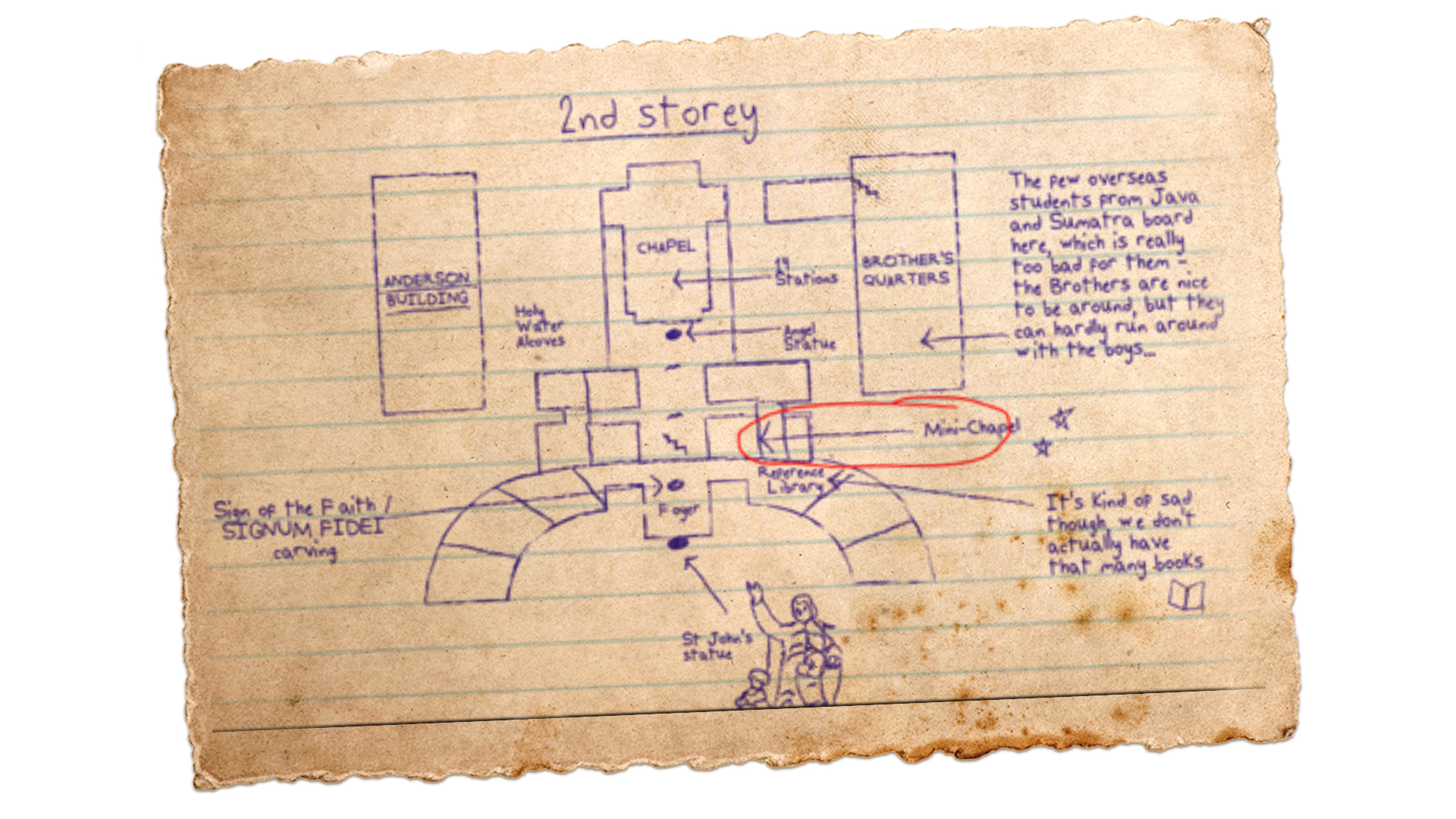 An excerpt from ‘Excavations Kit’, produced by the Singapore Art Museum and Drama Box in conjunction with the Singapore Heritage Festival 2018.

TREAT: Turns out, the team did stumble upon the original school chapel that used to be housed in the Central Building.2. Of course, plans to tear it down to make space for a bigger gallery were instantly scrapped.

The cornerstone for the building was laid in 18551. Back then, it was common practice to lay cornerstones along with a bottle. This bottle would typically contain some coins to honour those who had contributed money towards the building, a message, a hymn or, sometimes, even a newspaper cut-out to indicate the date. However, when this bottle was unearthed, the team was surprised to discover that it was completely empty. Oh, and here’s the note that we expect to find in the bottle: The message4 on a note that was said to be buried together with the cornerstone.

The space opposite the SAM building, where the Singapore Management University (SMU) currently sits, used to be the SJI school field.

More interestingly though, that space once housed a jail — known as the ‘Old Gaol (pronounced ‘jail’) Site’. There’s more. Apparently, during the Japanese Occupation, the field was used as a burial site for dead bodies. No wonder there were reports of eerie sounds and ominous sightings prior to the construction of SMU. 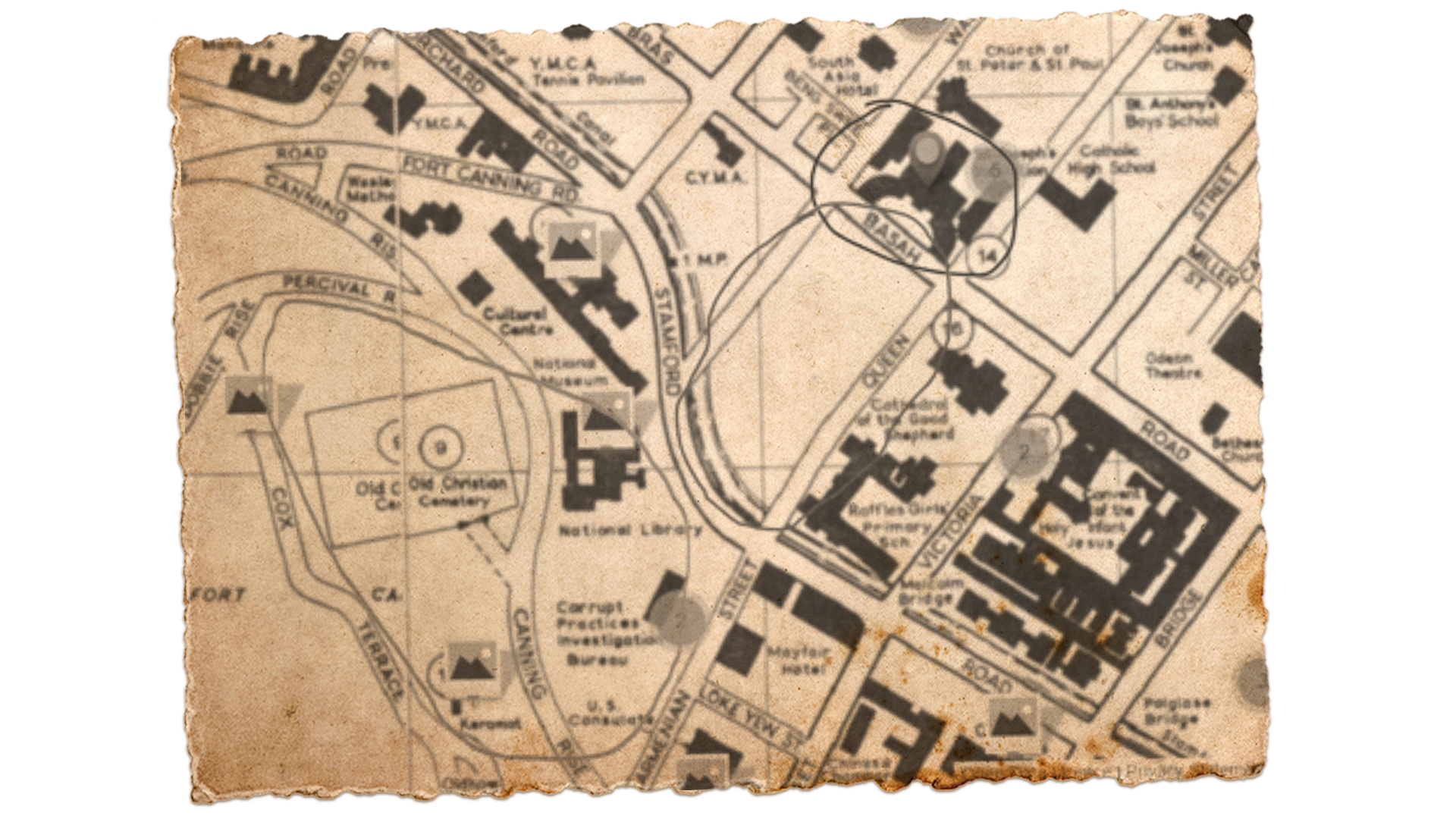 TRICK: Just kidding SMU kids. Your campus isn’t haunted – as far as we know. Prior to the construction of SMU, archaeologists were hoping to chance upon 14th-century artefacts but discovered brick foundations of the prison instead. It’s not been all dark and bleak for the field. It was once a sports arena where the SJI boys and neighbouring schools competed against each other. The grounds also hosted royalty and statesmen, like the Prince of Wales in 19227.

We hope you’ve enjoyed playing trick or treat with us. Happy Halloween from the SAM team! Watch this space for more stories on SAM’s redevelopment and other exclusive content. If you have a story or memory about SAM or its buildings to share, please reach out to us at [email protected].

5 One Historical Map. created by SLA in partnership with the National Heritage Board (NHB). Accessed October 25, 2019. https://ohm.onemap.sg/#/index/main.