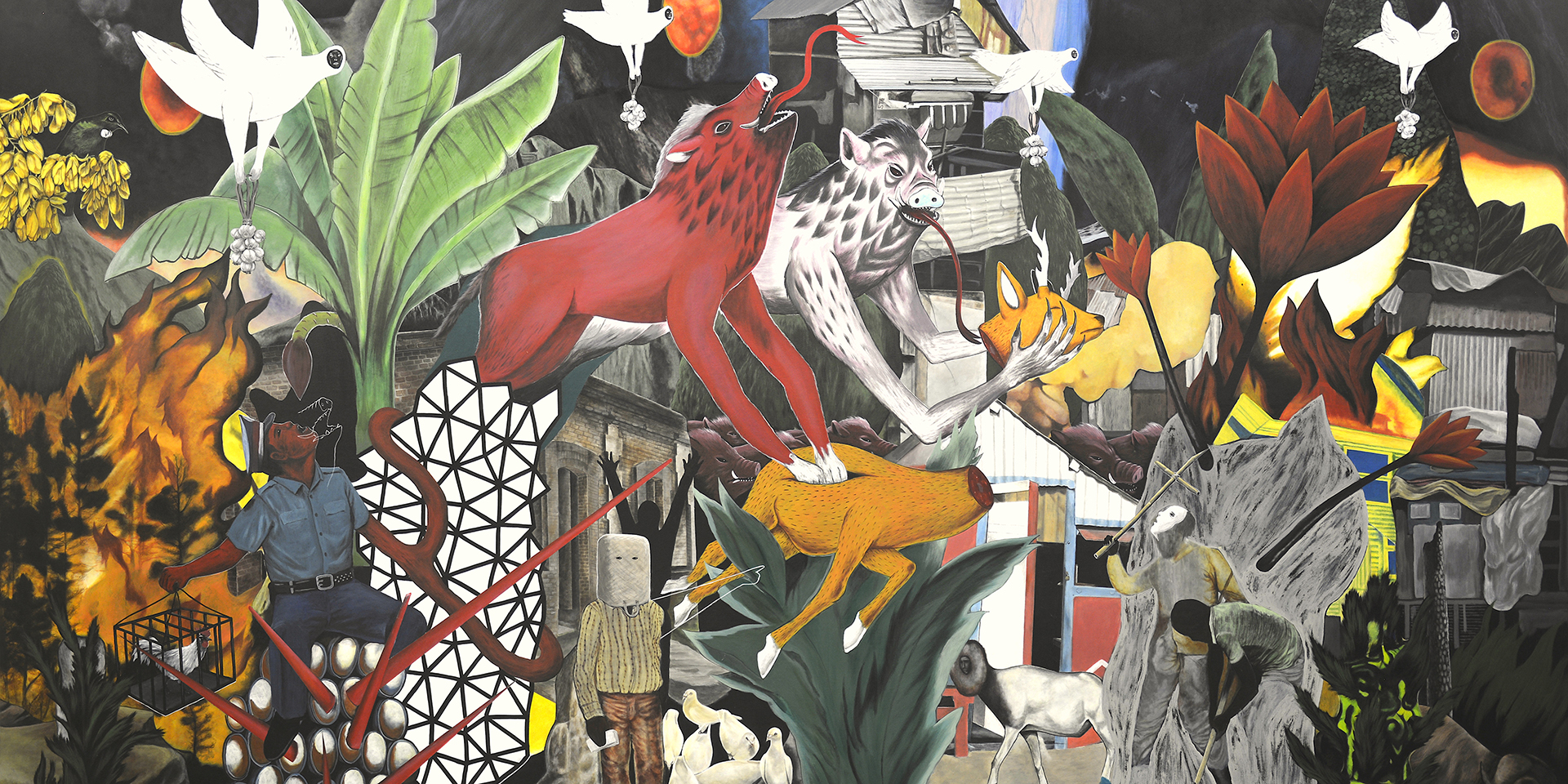 In Philippine folklore, the aswang is a shape-shifting demon, that transforms into a beast at night, in search of prey. Here, Tapaya looks at a situation that – though not unprecedented in the Philippines – has resurged with urgency in recent years: namely, the spate of extra-judicial killings that have occurred under the ‘war on drugs’. The work is, for the artist, “an allegory of the present”, and the painting’s many motifs hold symbolic reference. For example, a man in uniform is depicted as waiting for the sap to come from the banana flower during the night, which according to folk belief, gives a person an invincible power. He is about to transform into a wild boar, pointing to how authority figures are seen as those gluttonous for even more power. Winged creatures hover over the scene, carrying cloves of garlic, as an antidote to the aswangs. These winged creatures are, for Tapaya, human rights advocates who try to fight the animosity in this urban jungle. 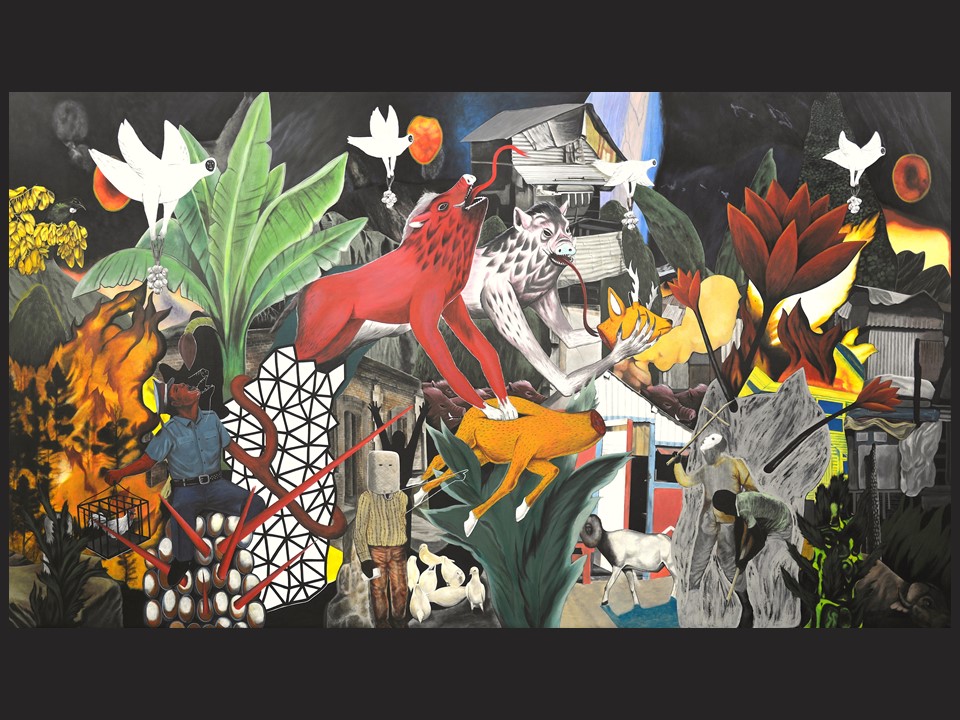 1 of 1
Rodel TapayaAswangs Enter the City