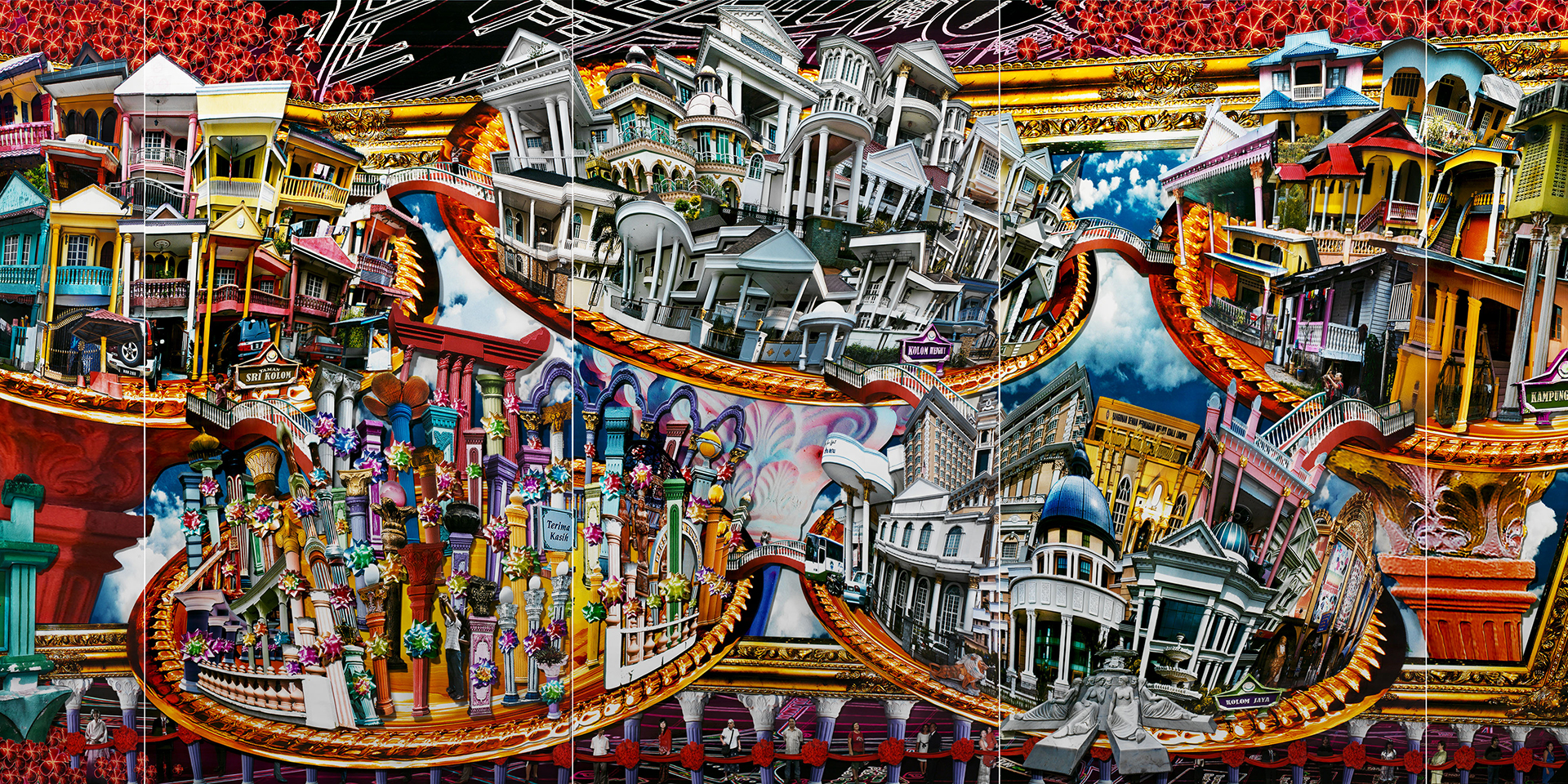 Inspired by the public sculptures, monuments and architectural ornamentation found throughout his native Malaysia, Liew created a photographic collage series titled Cadangan-Cadangan Untuk Negaraku (Proposals for My Country). These elaborate and complex vistas celebrate national achievements and extravagant monuments, as well as the relationship between urban communities and the spaces that they inhabit. Bandar Sri Tiang Kolom, which is premised on a fictional bandar, or town, comprises various national motifs such as the hibiscus (Malaysia’s national flower) as well as the architectural blend of skyscrapers, bungalows, and traditional kampung (village) houses that make up the distinctive landscape of Malaysia today.

Liew Kung Yu (b. 1960, Kedah, Malaysia) is renowned for his sculptural photographic works, a medium that is uncommon in regional contemporary art circuits. Formerly a graphic designer who shifted to visual art in the early 1990s, his signature photographic collage reliefs involve the cutting and assembling of hundreds of photographs in complex, raised layers, resulting in a three dimensional effect. Liew’s practice is deeply concerned with issues relating to Malaysian nationalism and Asian identity. His works have been exhibited internationally, including presentations at the Singapore Biennale (2008) and the Mori Art Museum’s survey of Southeast Asian contemporary art Sunshower (2017).