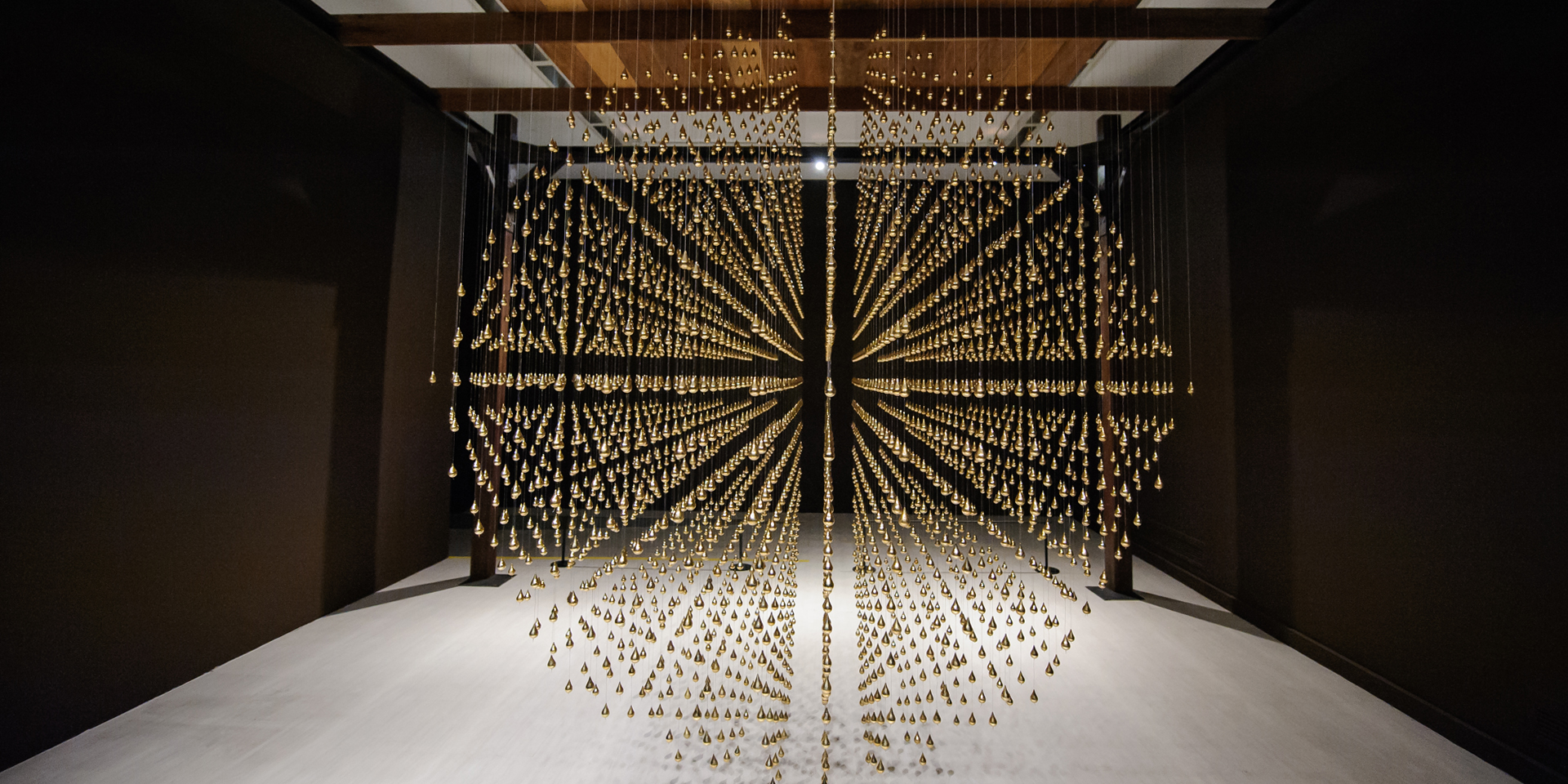 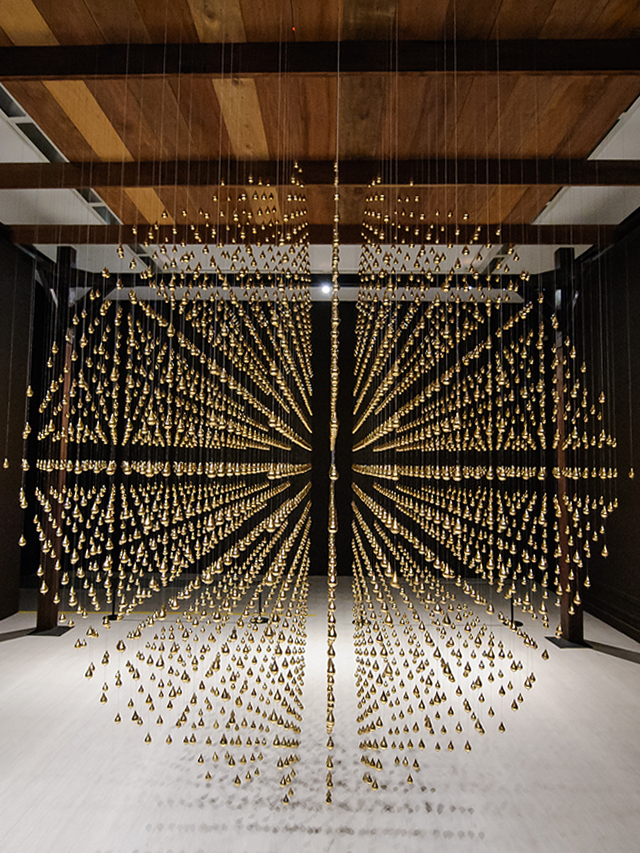 Based off the story of a traditional Thai egg-yolk dessert known as thong yod, Thai artist Arin Rungjang's video installation Golden Teardrop interweaves personal, cultural, and political histories as he retraces the origin of the dessert. Adapted from a recipe that originated with 15th century Portuguese nuns, the dessert was introduced to the Siamese court in Ayutthaya in the 17th century by Maria Guyomar de Pinha, wife of Constantine Phaulkon, the Greek counselor to King Narai.

Comprising of a steel frame with a suspended sphere of some 6,000 brass teardrops and a 30-minute, single-channel digital video, Arin tells a story spanning five centuries of trade and war, political intrigue and personal tribulation. Golden Teardrop shows how the fates of people and nations alike, are ultimately shaped by complex, transnational chains of action, agency and chance.

Arin Rungjang (b. 1975, Thailand) has been recognised as a pioneer of installation practice in Thailand, exhibiting extensively abroad since 2006. His succinct, astute and timely works are grounded in personal experience, and in his country’s complex political and cultural history. Commissioned by Thailand's Office of Contemporary Art and Culture, Golden Teardrop was presented at the Thai National Pavilion at the 55th International Art Exhibition in Venice (2013). 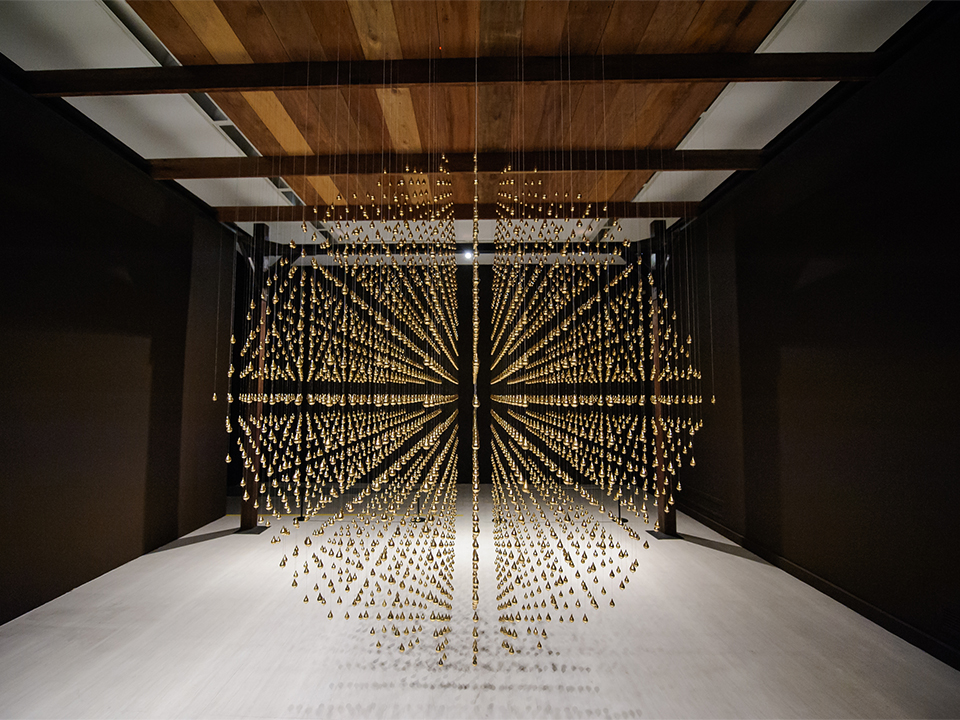 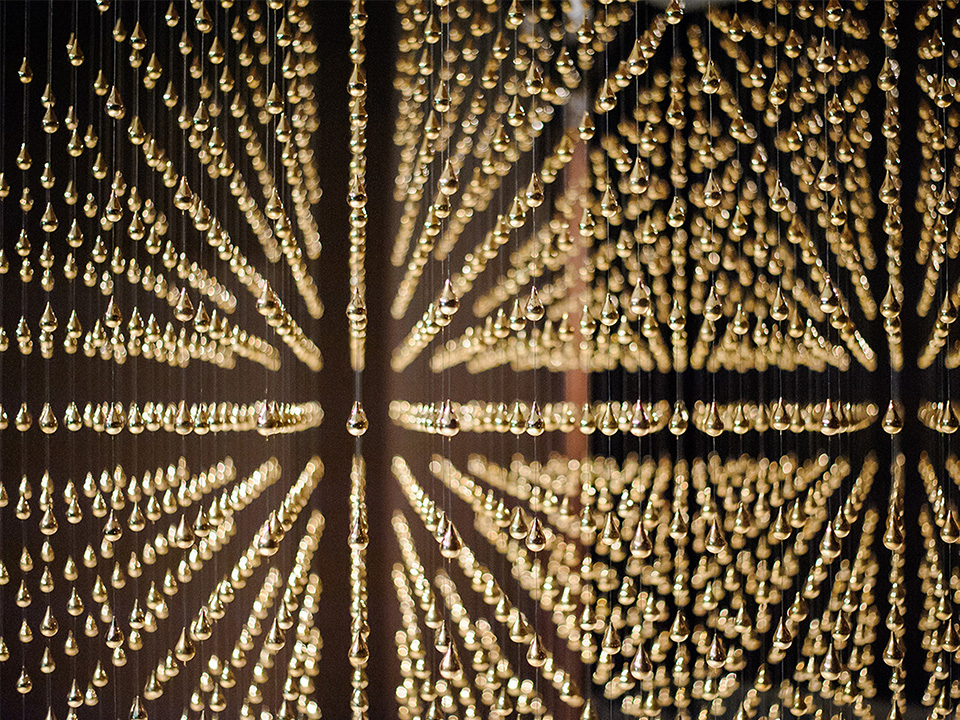