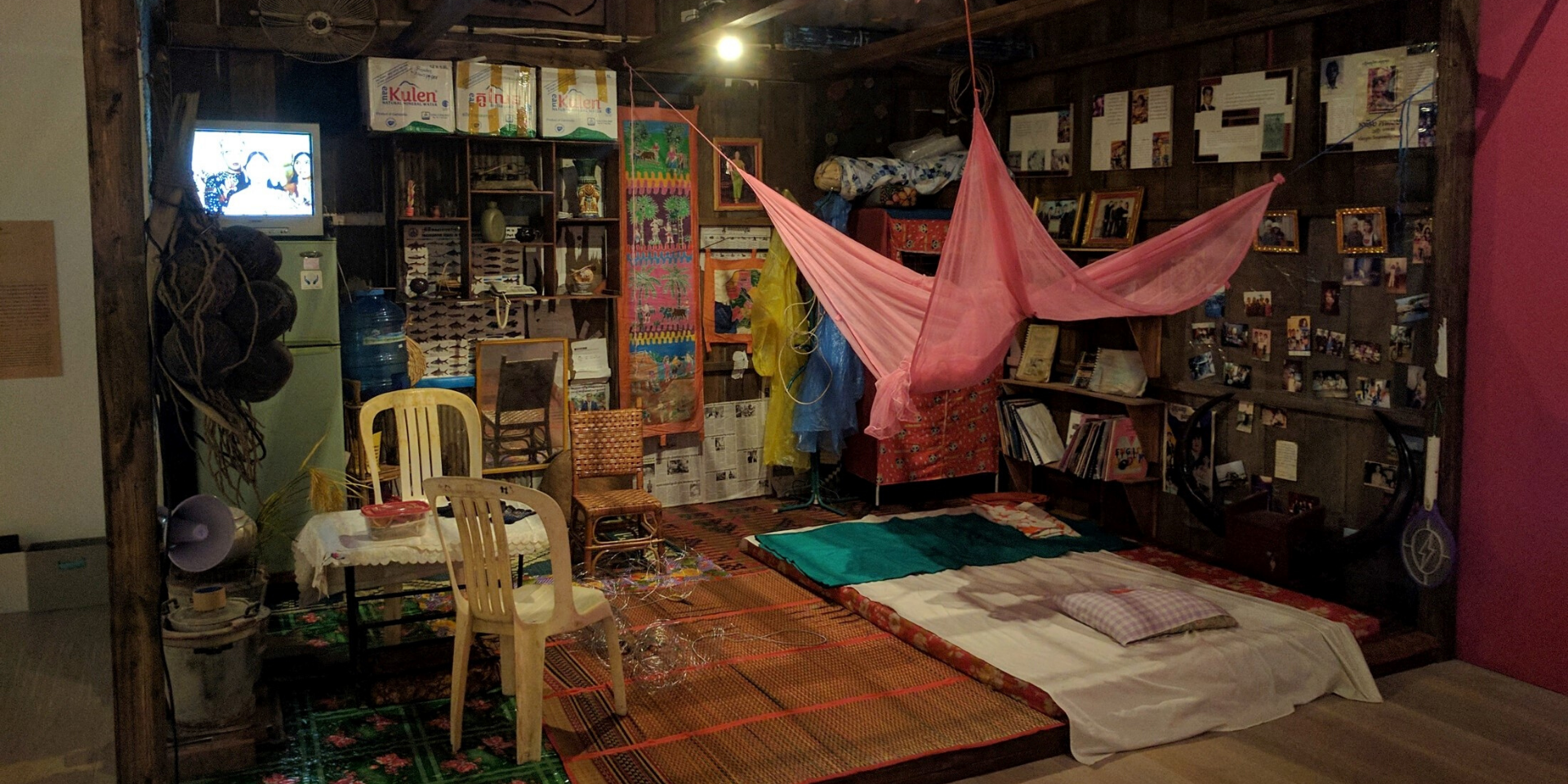 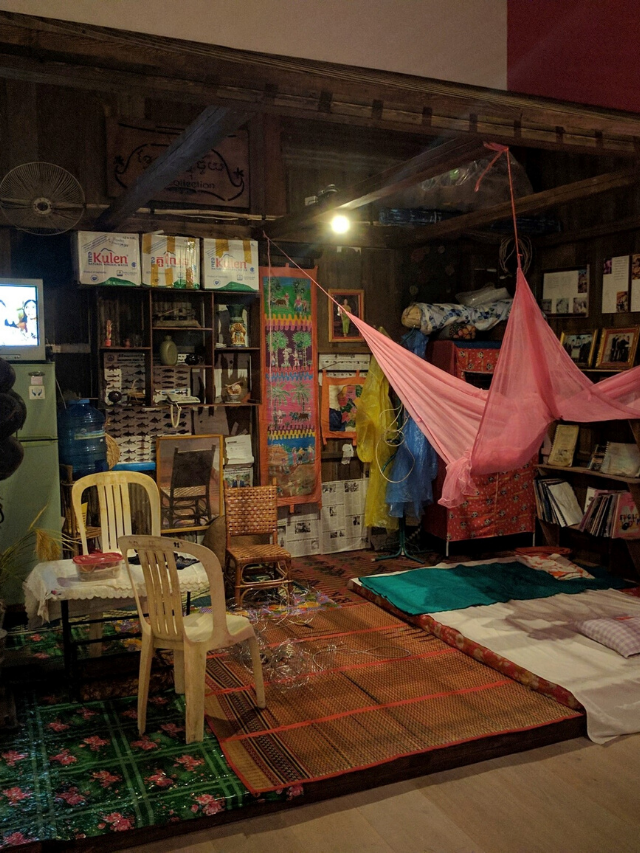 Hut Tep Soda Chan (translated as “Hut of an Angel”) borrows its title from a famous Khmer film from 1968, a love story between an angel and a mortal man, with the former relinquishing her riches to be with the latter. It illustrates how the poor, though materially impoverished, are rich in happiness and love. Similarly, Tith Kanitha‘s work reveals that this condition is true to real life: despite living in slums, she and her neighbours, are happy and proud of their lot. Tith invited her neighbours to contribute objects from their home to her work, including personal belongings such as pictures and fishing equipment, and conversations around the items as extensions of their owners soon ensued.  Standing as a mini anthropological ‘museum,’ Hut Tep Soda Chan continues to play an important role in documenting the effects of economic and social change in Cambodia in the private, public and urban spheres.