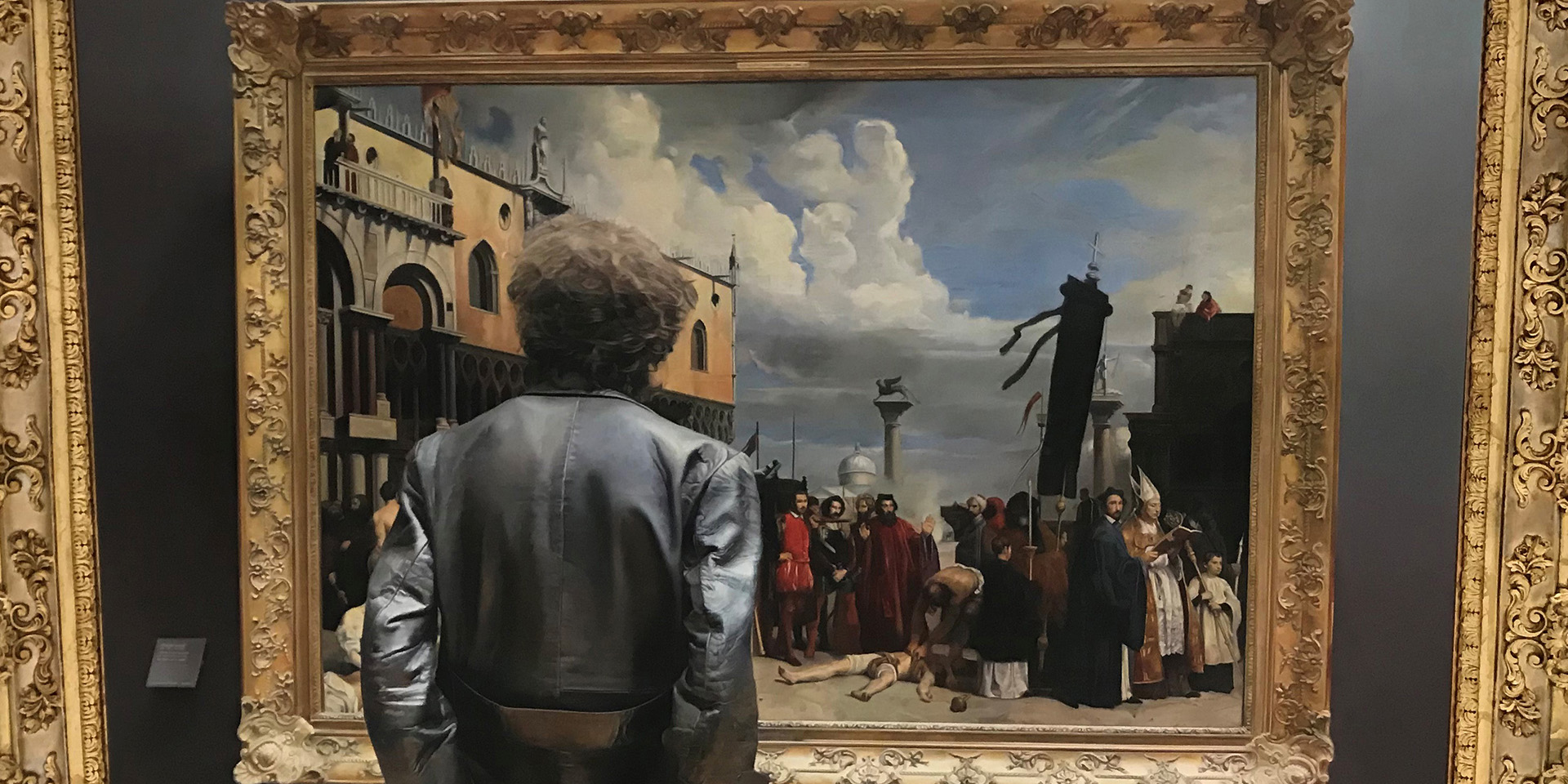 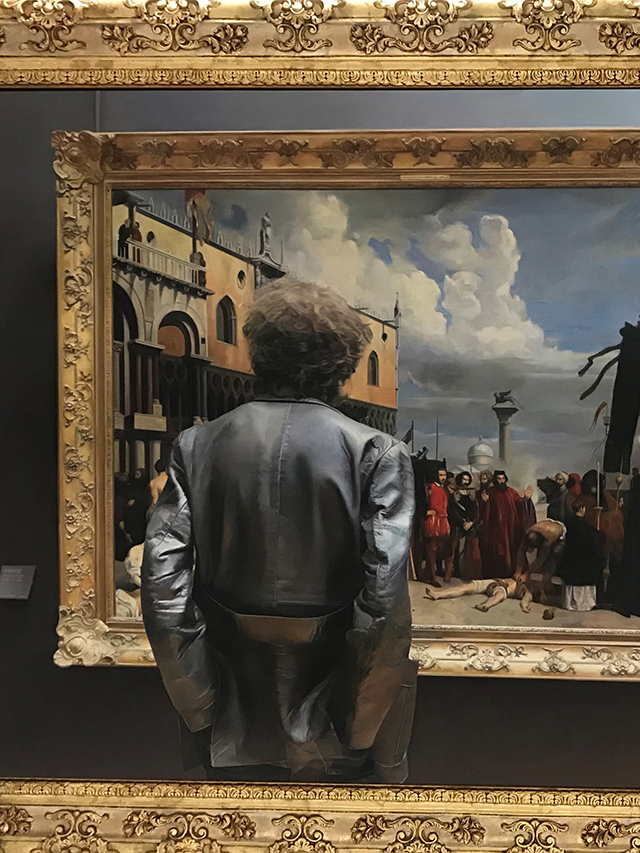 The subject of art has been central to Annie Cabigting’s practice. Rendered in Cabigting’s signature photo-realist style, La Chambre Bleue (After Alexandre-Jean Baptiste Hesse) portrays a spectator, with his back turned, scrutinising the 19th-century painting The Funerary Honors Rendered to Titian, Who Died in Venice during the Plague of 1576 by Hesse.

Cabigting activates the act of looking as both subject and object in the painting, enfolding the audience into the very work itself. A reflection on the status of art and art’s objecthood, Cabigting’s painting proffers a visual witticism through ‘re-presenting’ the viewer, the space and context in which art is seen in an infinite loop of seeing, being seen, and being seen seeing.

Annie Cabigting (b. 1971 Philippines) majored in Painting at the University of the Philippines, and was one of the recipients of the Ateneo Art Awards in 2005. Her practice ranges from painting to installation; she is perhaps best known for her photo-realist canvases which employ meta-references within art history, interrogating the way art is produced and perceived, by flipping subject-object relations.