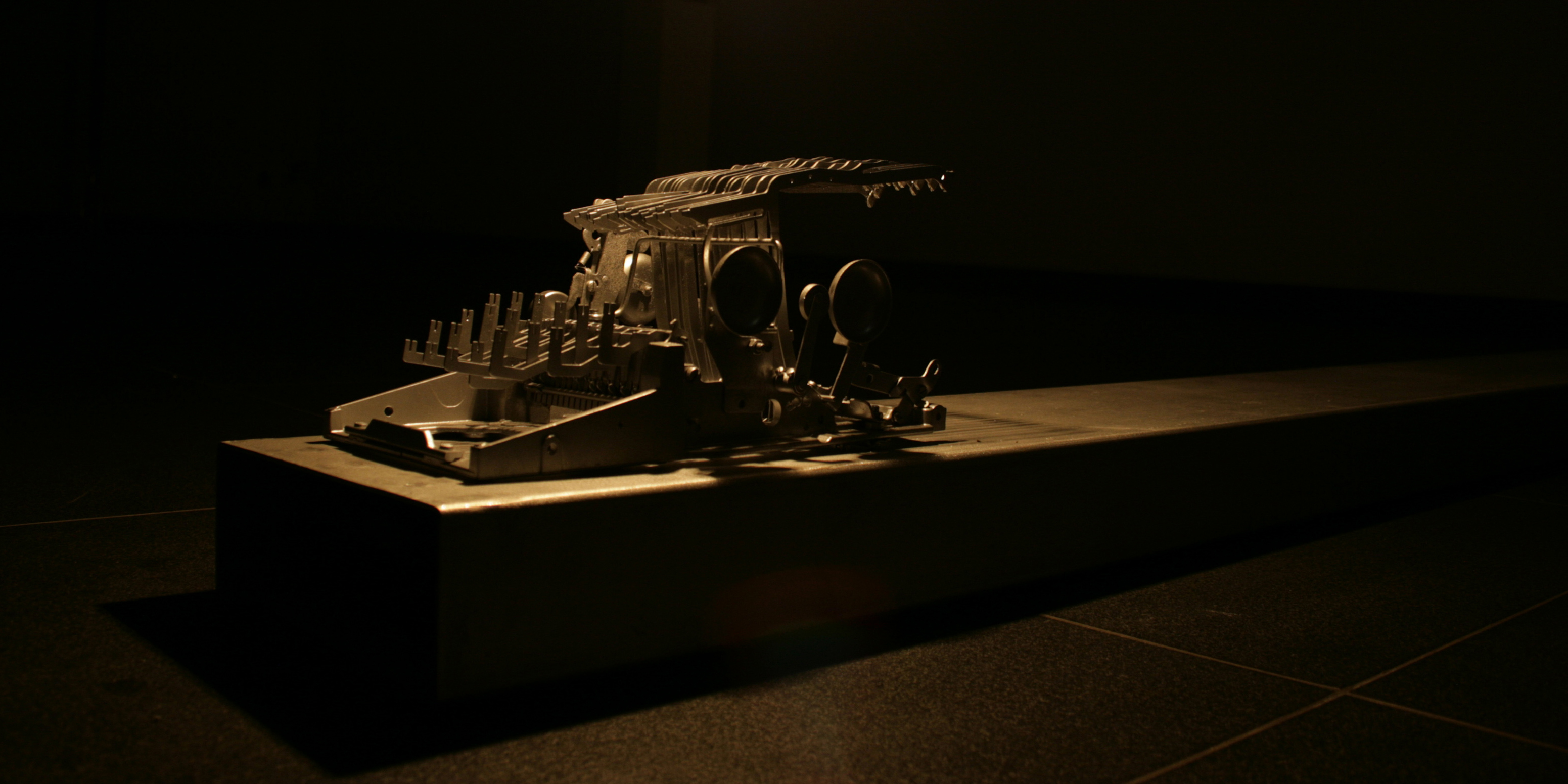 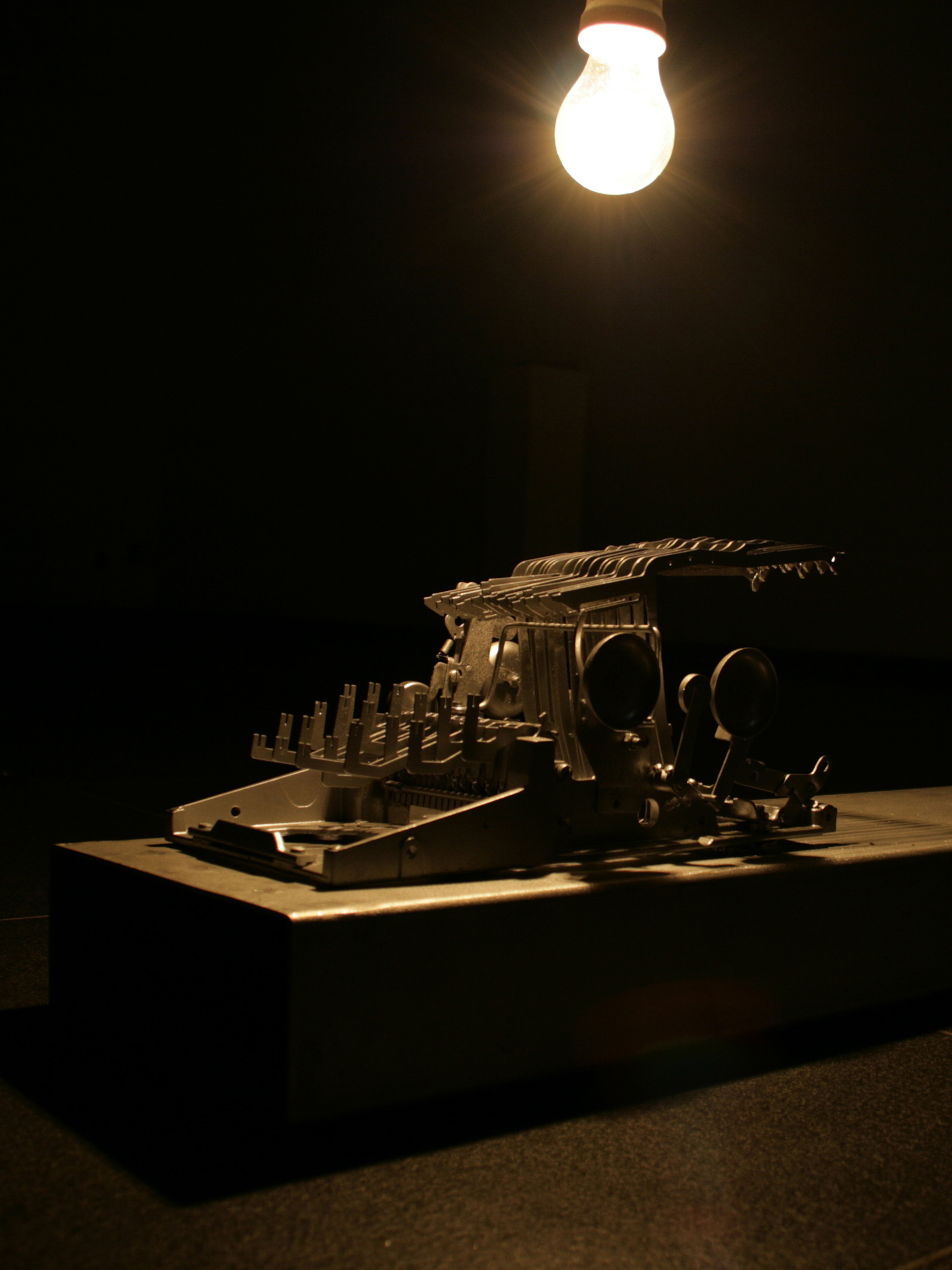 Holding religion as one of its central themes and drawing on Christine Ay Tjoe’s Catholic faith, Lama Sabakhtani #03 refers to Christ’s last moments of suffering on the cross, when he questions why God has forsaken him. In expressing what the artist calls “this ultimate calling” of sacrifice, the work centres on a solitary typewriter, stripped of all external casings to reveal its black bones. Viewers are invited to press down on the exposed metal arms – a gesture that causes physical discomfort – and where a combination of strokes causes the accompanying music to eventually stop. Here, the pain inflicted by interacting with the work alludes to Jesus’ suffering on the cross, as well as the intimacy and violence of the closest relationships.

Christine Ay Tjoe (b. 1973, Bandung, Indonesia) is a prominent Indonesian artist who works across a wide range of media including painting, etching, sculpture and installation. Her work delves into the human condition with her explorations on philosophy and spirituality, revealing an inner world of private thoughts, melancholy and struggle. She has exhibited across Asia, including major retrospectives at 21st Century Museum of Contemporary Art, Kanazawa (2018) and SongEun ArtSpace, Seoul (2015). She lives and works in Bandung, Indonesia.