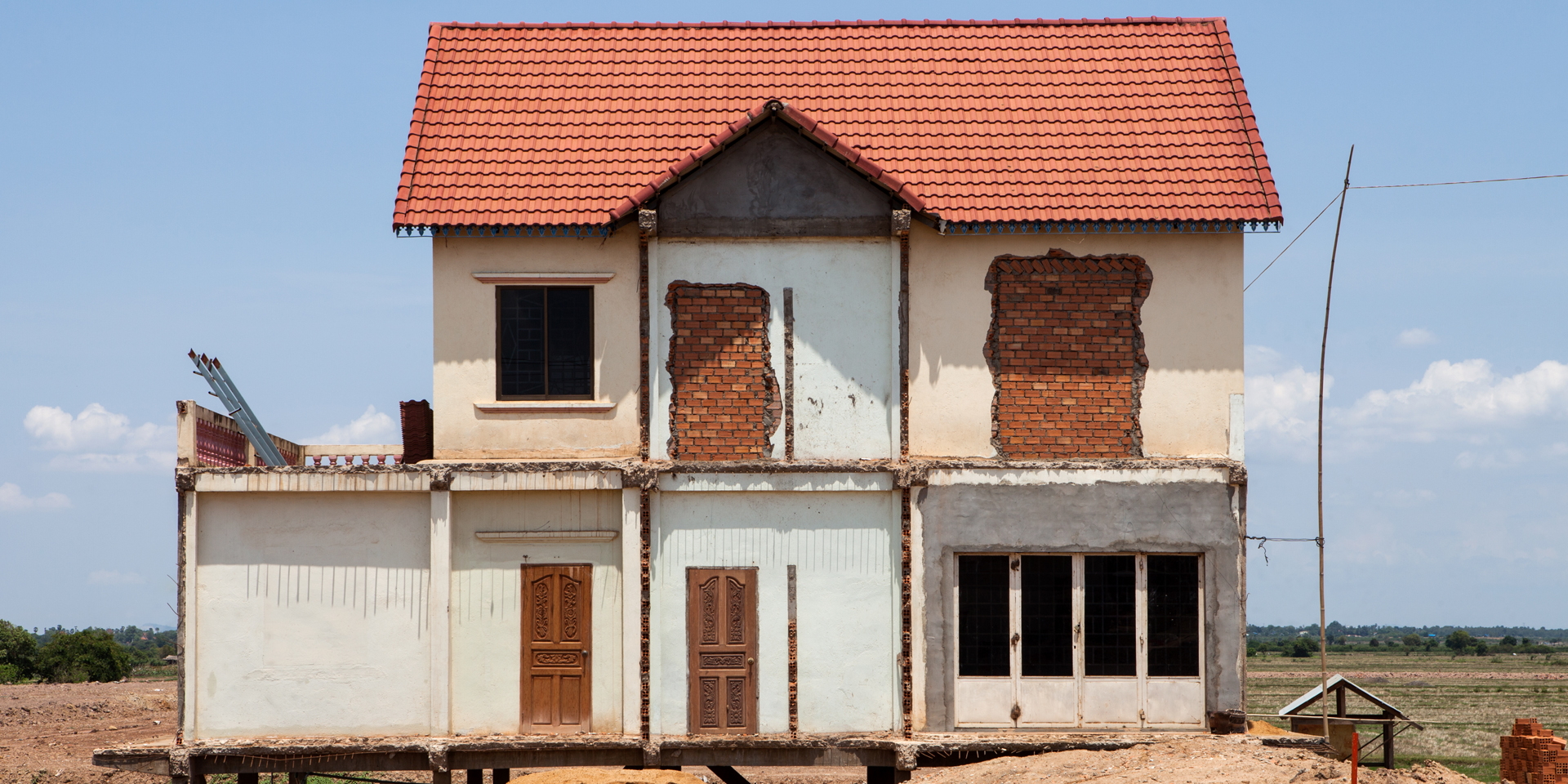 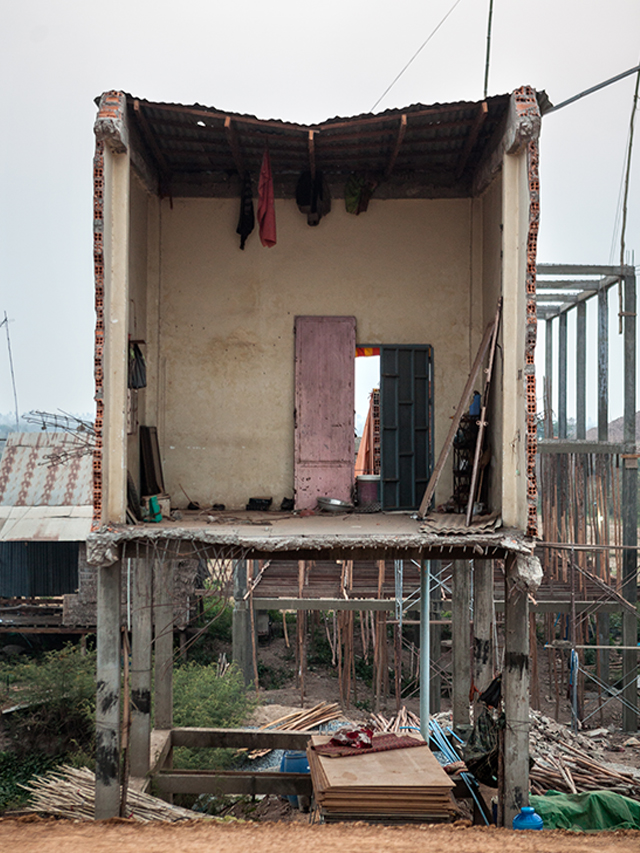 Devoid of ancient temples and the presence of human figures, this photographic series of a national highway in Cambodia focuses instead on the current landscape and socio-geographical and political issues Cambodians themselves are acutely familiar with: nearly all of the houses captured have their frontages sliced open or boarded up haphazardly to accommodate the Japanese government-funded expansion of the highway, National Road No. 5. The work can at once be described as both a portrait of the socio-political ties between Cambodia and Japan and also a self-portrait of Cambodia. This series not only strikingly documents the face of Phnom Penh now as it is undergoing rapid (re)construction, but also speaks of a generation’s observations of the changing landscape of Cambodia, one that is removed from the narrative of the traumatic Khmer Rouge regime.

Images courtesy of the artist and SA SA BASSAC. 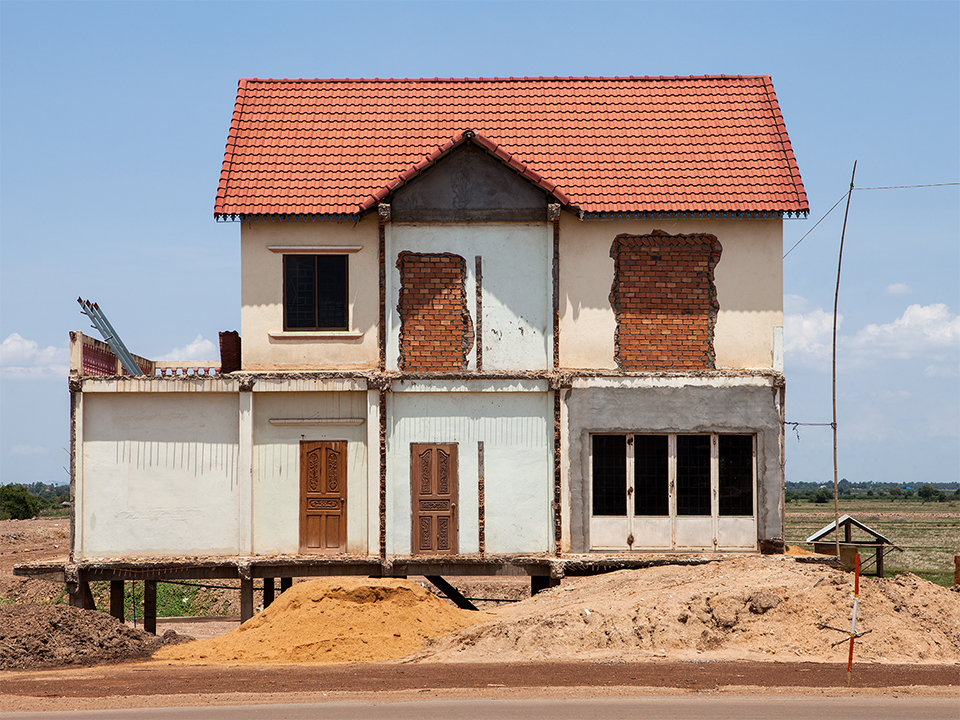 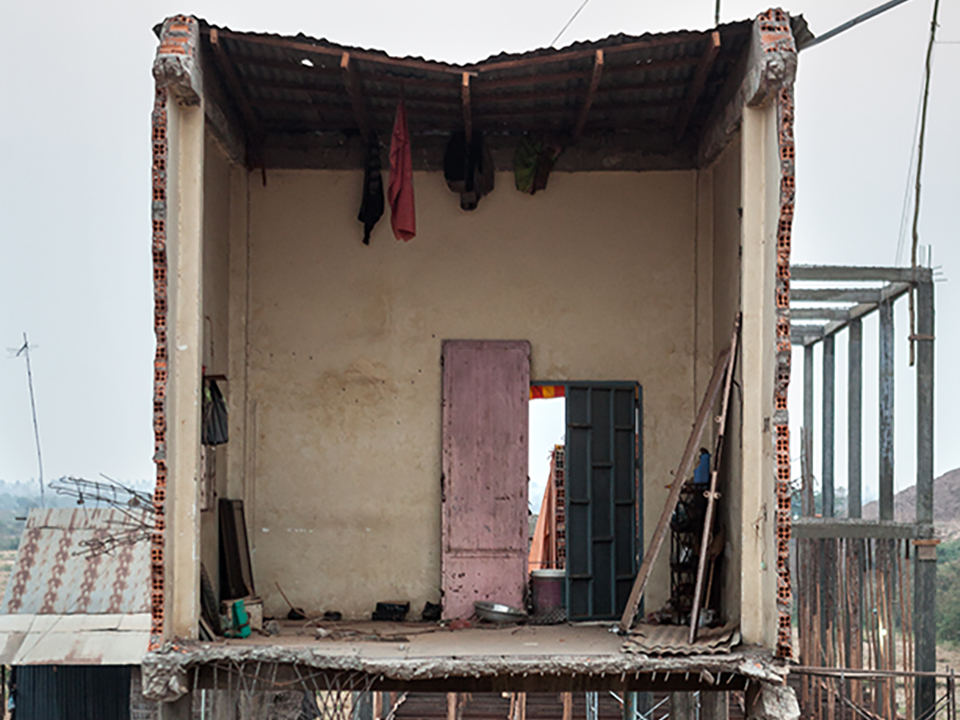 1 of 2
Lim SokchanlinaNational Road No. 5