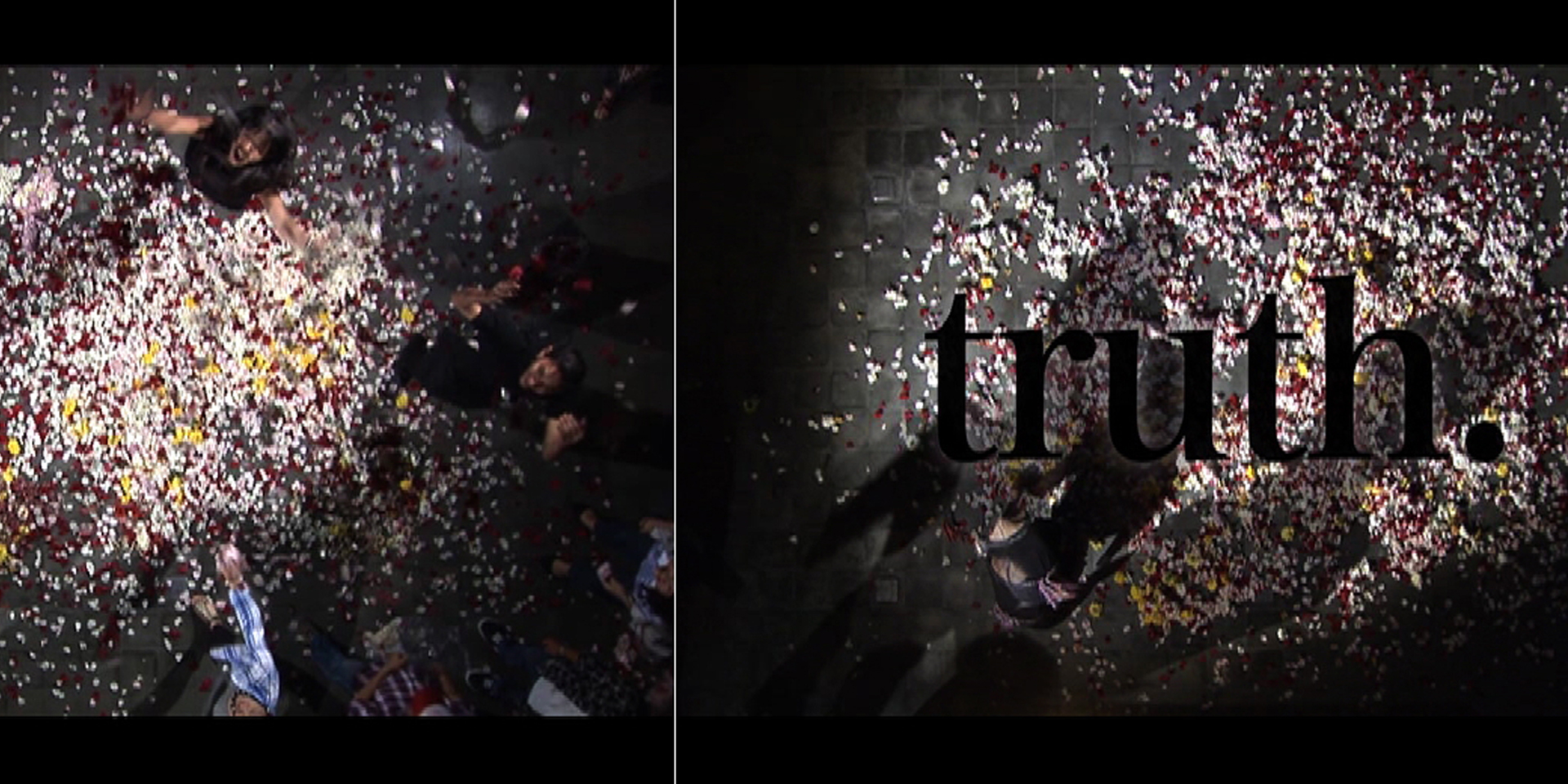 Nous ne notons pas les fleurs is a lyrical and participatory work that was initiated during Tintin Wulia’s residency in India. The artist created a world map from flowers, spices and herbs, each representing different countries. The audience was invited to move these components around according to their personal histories and journeys, and this ‘performance’ was documented on video. The displacement of the flowers and spices mirrors the movement of bodies, and serves as a metaphor for cultural and commodity exchange, recalling the complex history of spice trading routes which shaped civilisations in the past. At the same time, it provides an opportunity for the audience to realise how they have personally contributed to the formation of a new world.

Tintin Wulia (b. 1972, Bali, Indonesia) undertook her studies in Bandung, before moving to the United States to pursue higher education and finally settling in Australia. Much of her work revolves around themes of mobility and identity – issues born of the artist’s personal experiences. Her works have been exhibited at major international platforms such as the Istanbul Biennial (2005), the Yokohama Triennale (2005) and the International Film Festival, Rotterdam (2009). Tintin Wulia represented Indonesia at the Venice Biennale 2017.

Image courtesy of the artist. 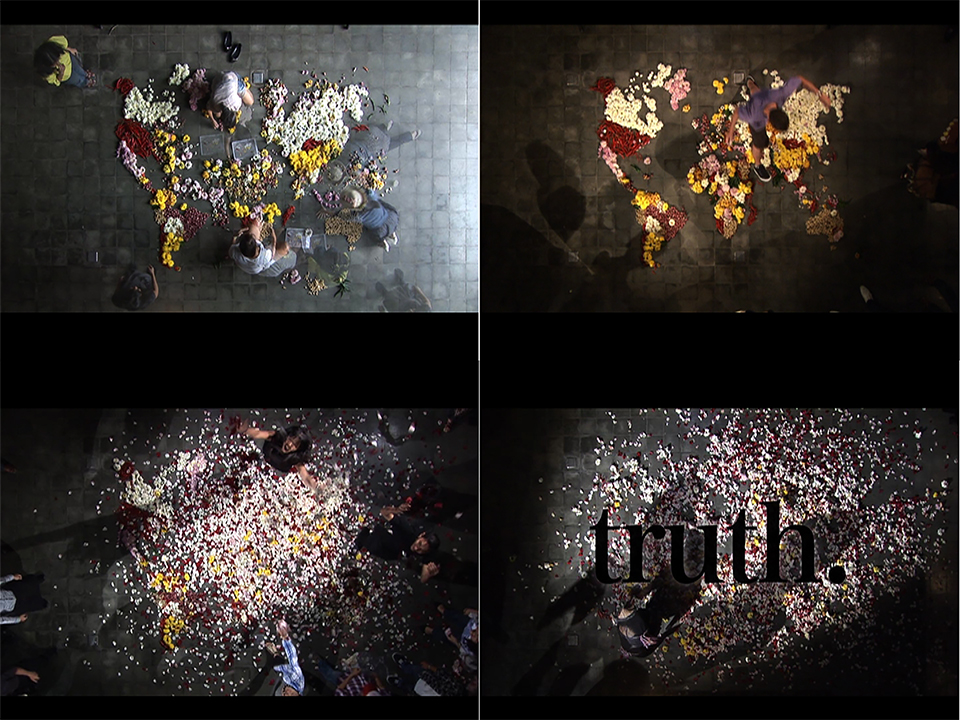