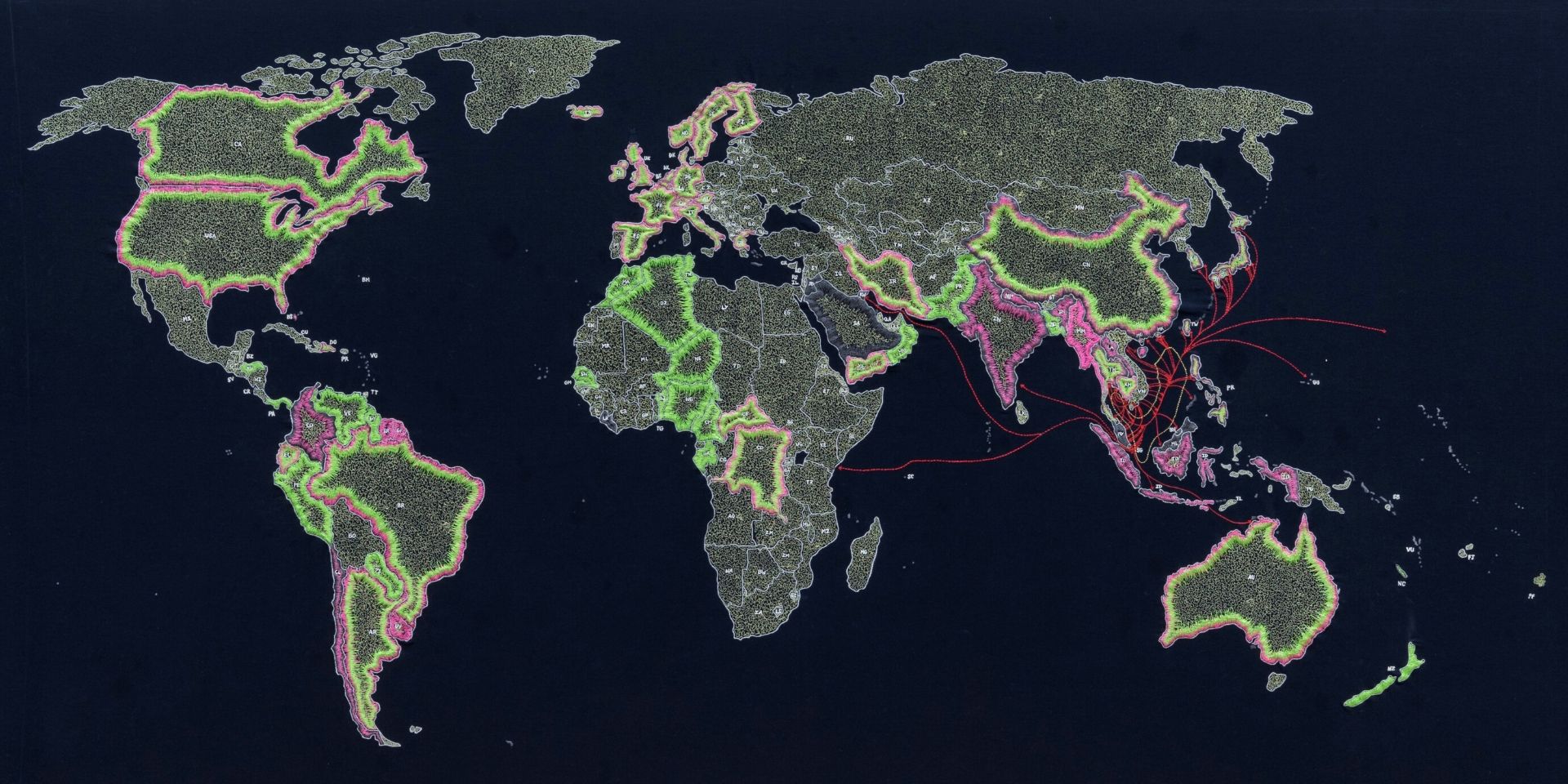 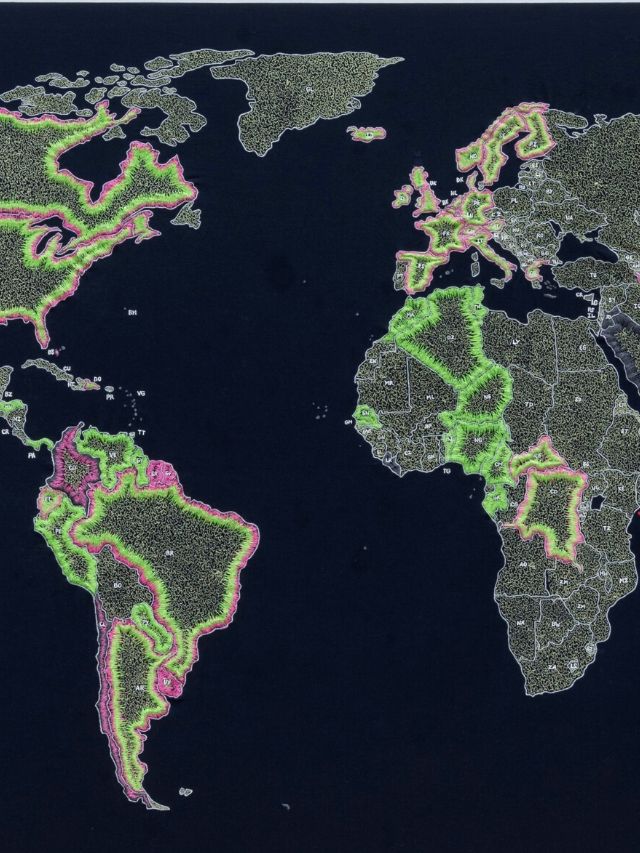 Tiffany Chung’s reconstructing an exodus history: boat trajectories, ports of first asylum and resettlement countries is a hand-embroidered map of the world, locating the departure points, routes and ports of disembarkation of Vietnamese political refugees who fled their homeland by boat between 1979 and 1989, after the Vietnam War.

Produced within a wider cartography series on historical amnesia, the map’s threadwork appears consistently even from afar, but closer inspection reveals subtle variances in its stitching. These ever-so-subtle slippages are reflective of the slippages that often go undetected in historical narratives.

For Chung, her intricate maps bring together and entangle different periods of history, re-narrating and re-mapping memories that have been neglected or denied in official records. As transgressions of space and time, they also unveil the connections between imperialist ideology and visions of modernity that still linger and influence geopolitical Vietnam and Southeast Asia.

Image Courtesy of the Artist