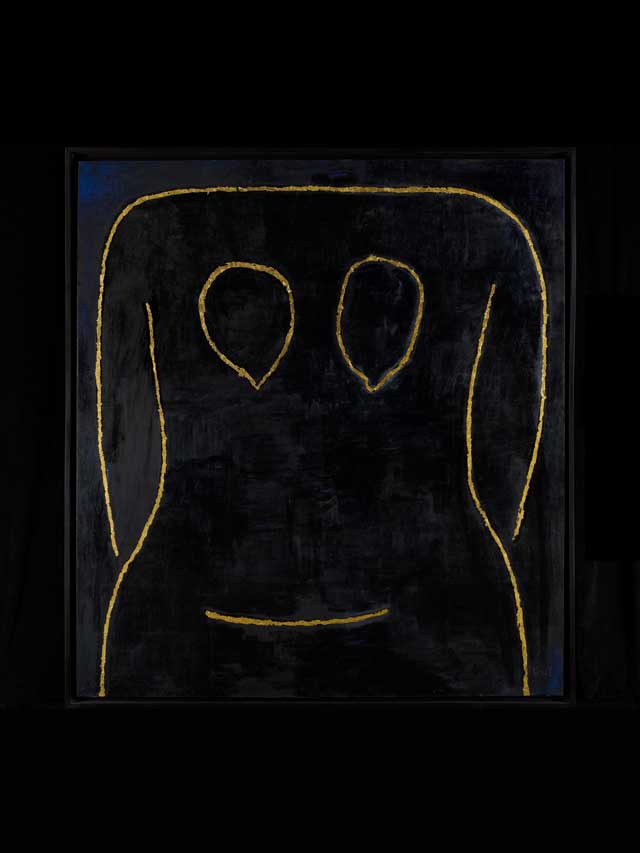 The point of departure for Pinaree’s paintings in an awareness as a woman of her own body bearing new life. Therefore, the development of the subject matter is autobiographical. She transforms the body of a woman seen as an object into the spontaneous image of her own body, so that it takes on new qualities. This aspect of her work has been discussed by several observers in terms of feminist theory. At the same time, these works go beyond the specificity of femininity or the regionality of Thailand and appeal to universal emotions felt toward life and continues to elicit varied interpretations

Pinaree Sanpitak (b. 1961, Thailand) is one of the most compelling and respected Thai artists well-regarded for her powerful explorations of women’s experiences in Southeast Asia. Working through a variety of media, including painting, drawing, textile, and sculpture, the prolific artist has produced an astounding body of works that connect directly to viewers. Pinaree’s work has been featured in numerous museum exhibitions globally and has participated in major biennials in Australia, Italy, Japan, and Korea.