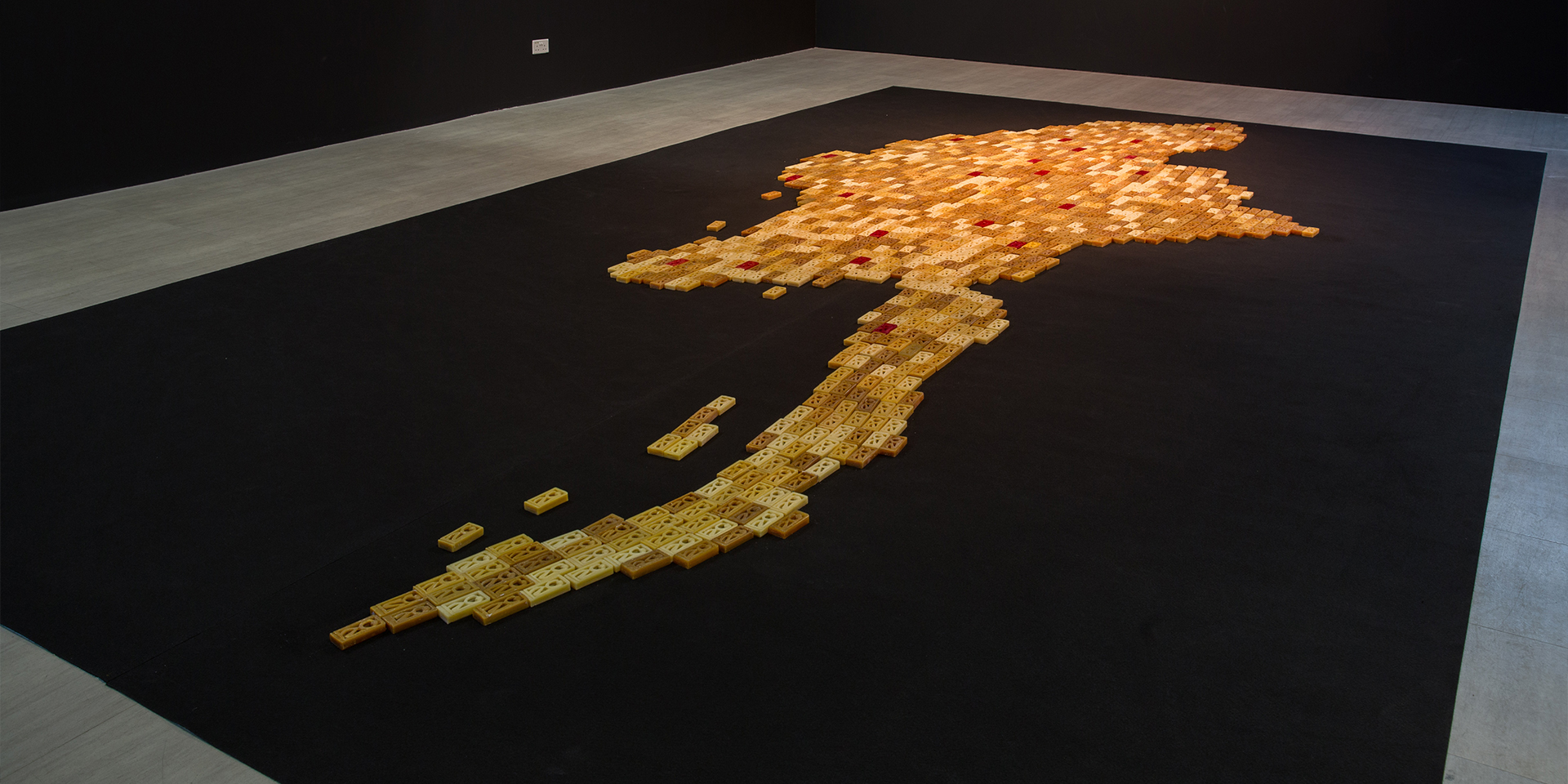 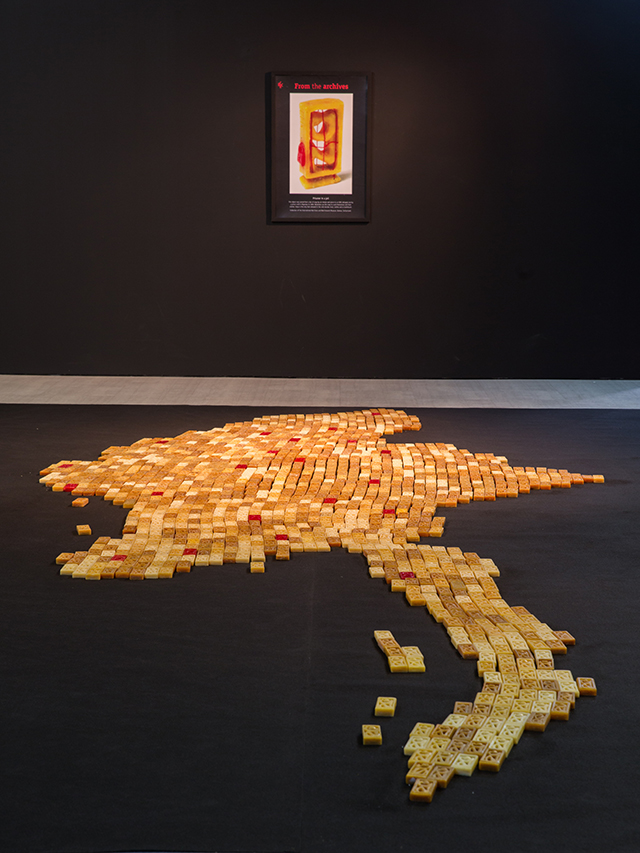 A map of Myanmar, painstakingly constructed of squares of sculpted soap, stands as testament to the vicissitudes of Burmese artist Htein Lin’s tumultuous life. He was arrested in the late-1990s and jailed on charges of opposition activity; he subsequently spent almost seven years behind bars, and was released only in 2004. During this time, he turned to art-making more intensely. One of the works that emerged from this period was a little soap carving of a captive human figure, hunched over and trapped within the confines of four walls. It was smuggled out by a Red Cross representative after a prison visit in 1999, as a means of conveying to the rest of the world the deplorable state of the country’s prisons. Soap Blocked returns to the original moment of the artist’s desperate, clandestine plea. The installation maps and reflects the experience of thousands of political prisoners in Myanmar in recent decades. The work amplifies autobiographical resonance into a starkly visceral monument to the collective helplessness that was experienced under socialist military rule.

Htein Lin (b. 1966, Ingapu, Myanmar) works in painting, installation and performance, and has also been a comedian and actor; in recent years, he has expanded his practice to include video. A major inspiration for him is Buddhism, whose themes, stories and philosophy he incorporates in his art. He also regularly participates in events and projects to promote freedom of speech in Myanmar. 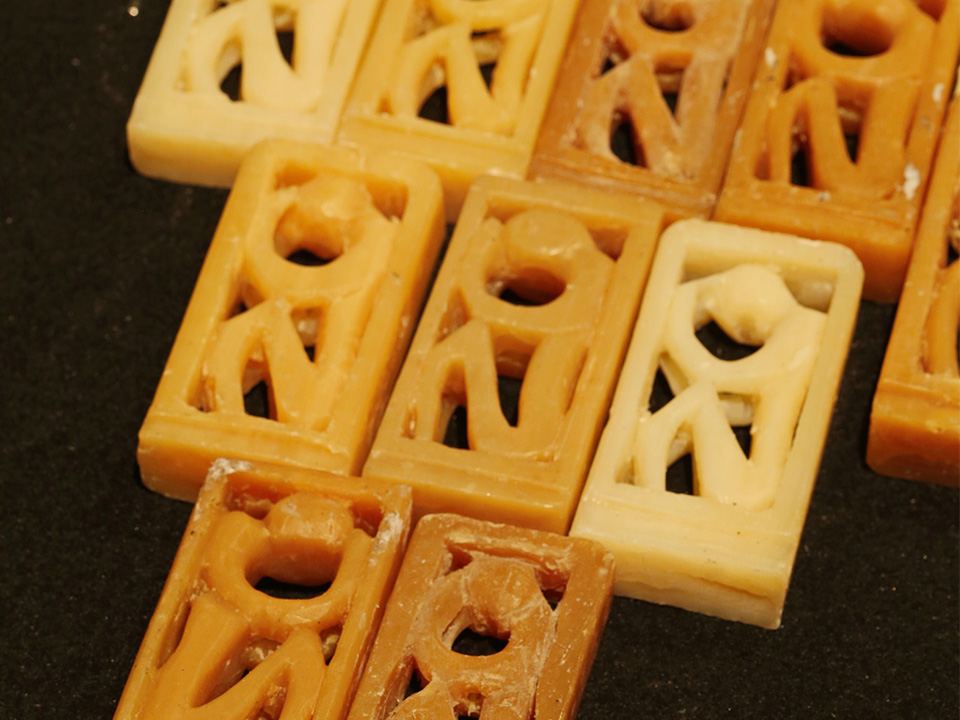