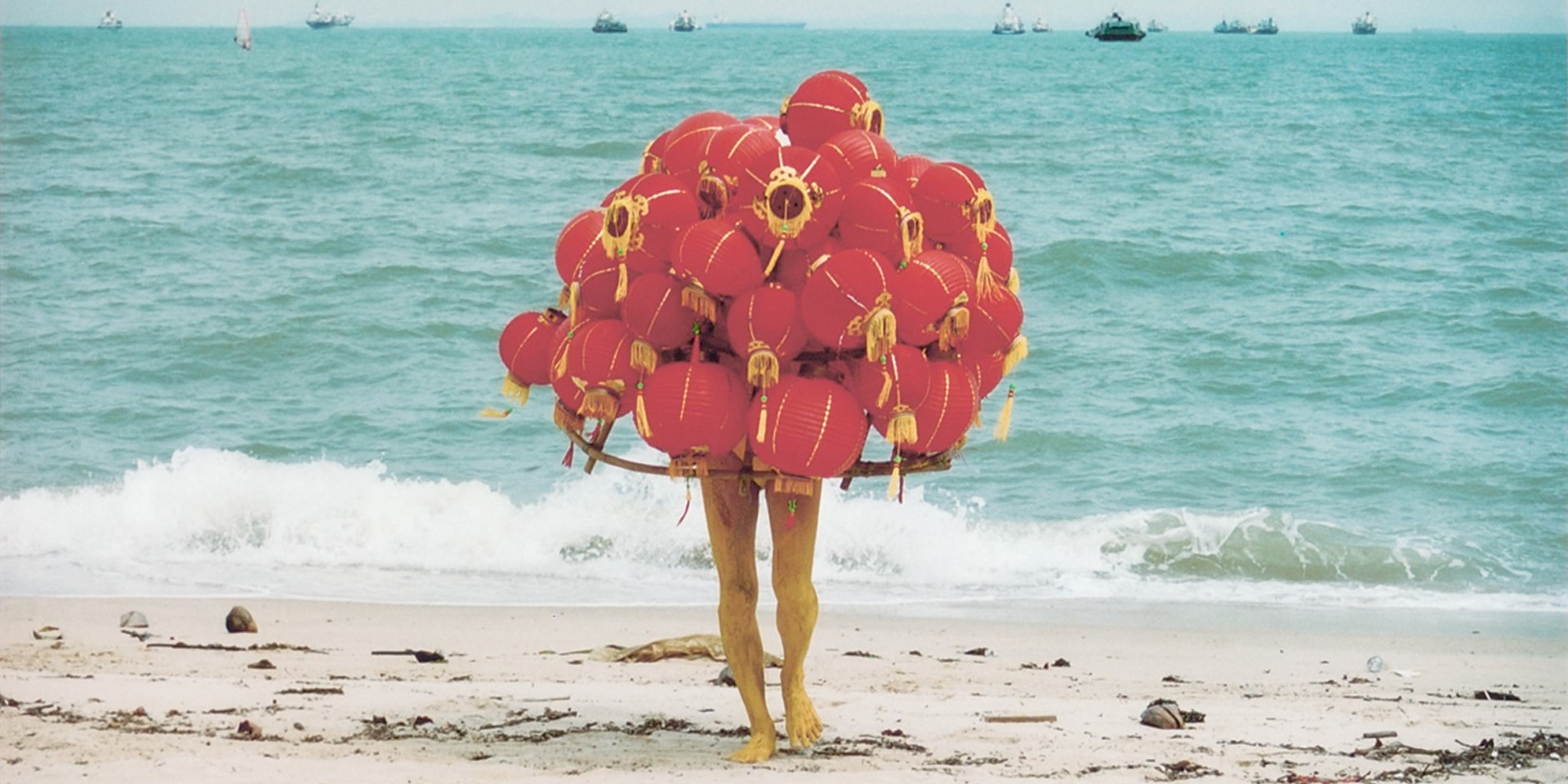 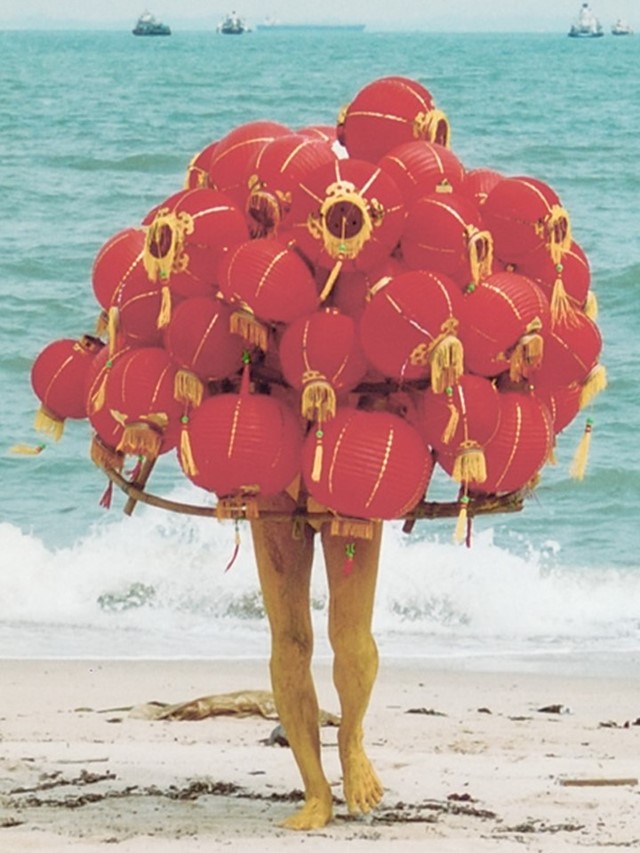 “Strange Fruit” comprises a series of photographs documenting Lee Wen’s journey through the streets and coastline of eastern Singapore, dressed up as the titular ‘strange fruit’. This performance was a continuation of the artist’s earlier explorations of identity and ethnicity, and took place during the mid-autumn celebrations in Singapore -- the artist’s way of marking the festival with a “one man lantern procession”. The red lanterns, which obscure Lee Wen’s face and upper torso, along with his yellow body paint, are exaggerated signifiers of ‘Chinese-ness’. This surreal and over-the-top image alludes to the stereotypes that arise when people judge others solely on the surface. At the same time, the title of the work makes reference to a song made famous by Billie Holiday, wherein ethnicity becomes a confining prison by which one is judged, obliterating all other facets of one’s identity or personality.

Lee Wen (1957– 2019, Singapore) was an active proponent of performance art in Singapore and was one of the founders of ‘Future of Imagination,’ a series of international performance art events in Singapore. A member of the artists collectives, The Artists Village and Black Market International, Lee also had his works featured in the Havana Biennial, Cuba, 1997; the 3rd Asia Pacific Triennial of Contemporary Art, Brisbane, Australia, 1999; and more recently, at ‘SUNSHOWER: Contemporary Art from Southeast Asia 1980s to Now’ at the Mori Art Museum in Tokyo, Japan; amongst numerous other international exhibitions. He was a recipient of Singapore’s highest cultural award, the Cultural Medallion, in 2005. 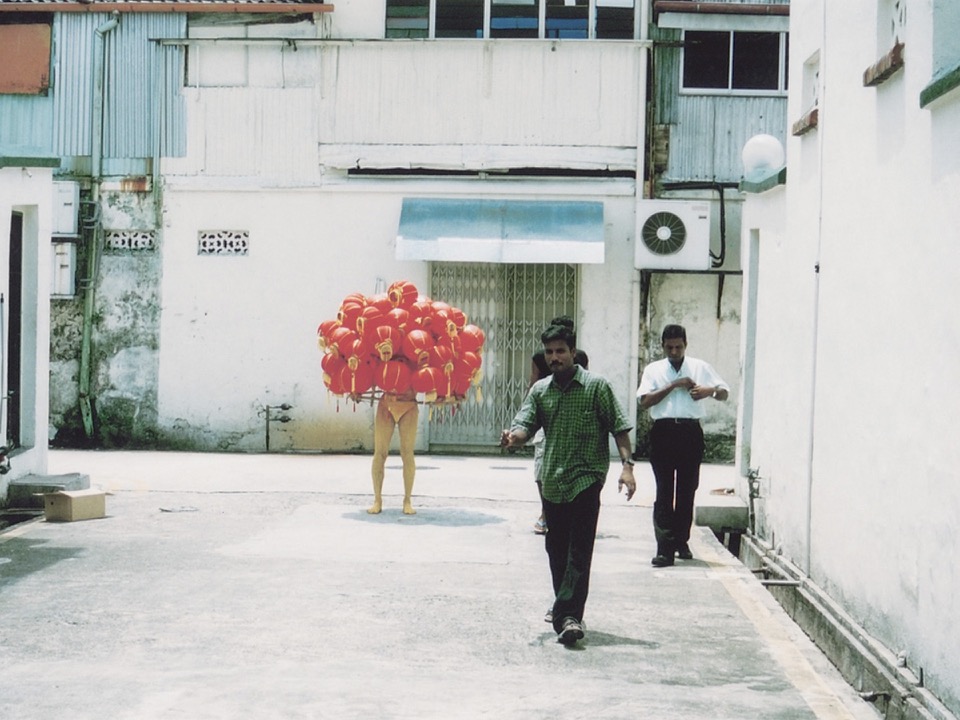 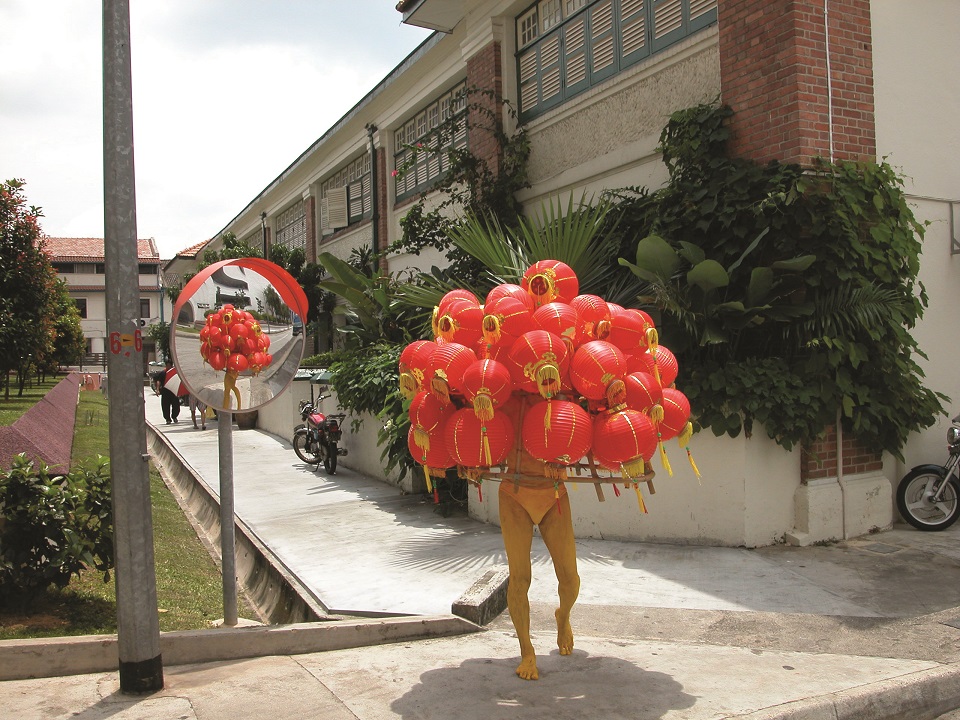 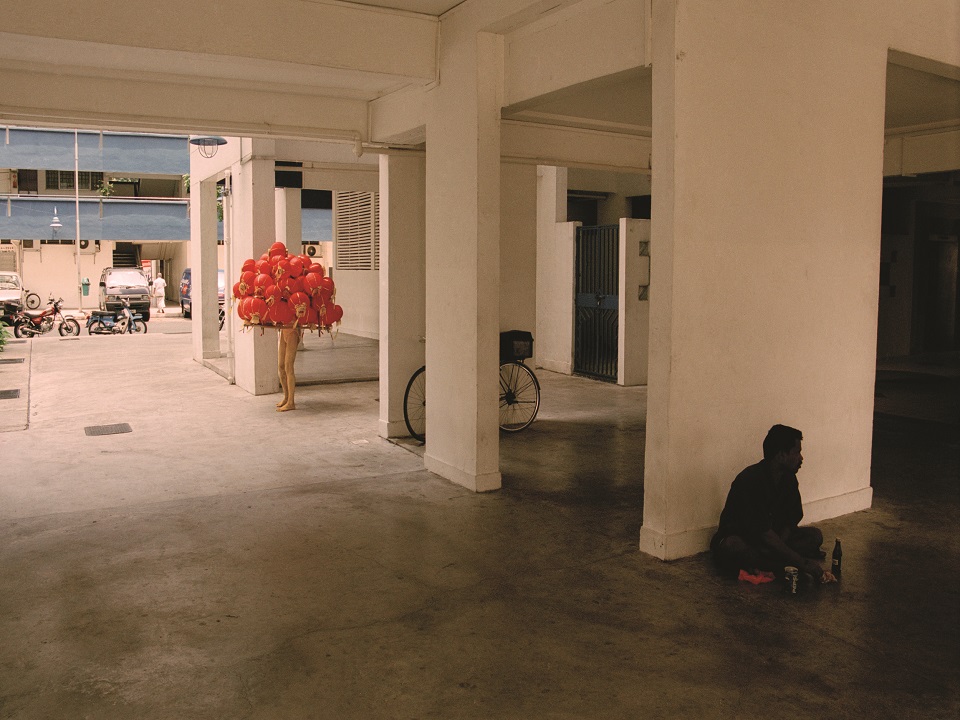