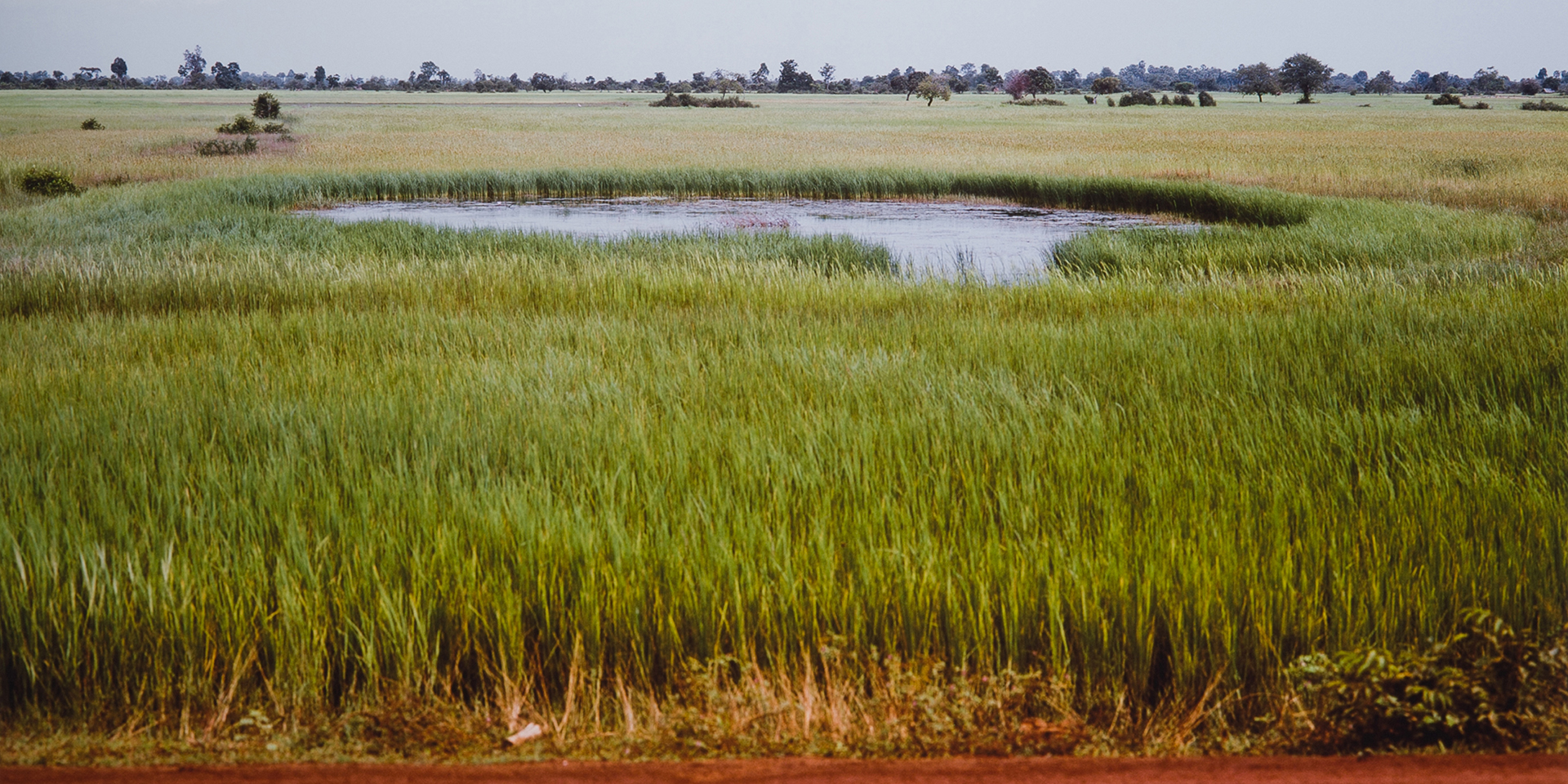 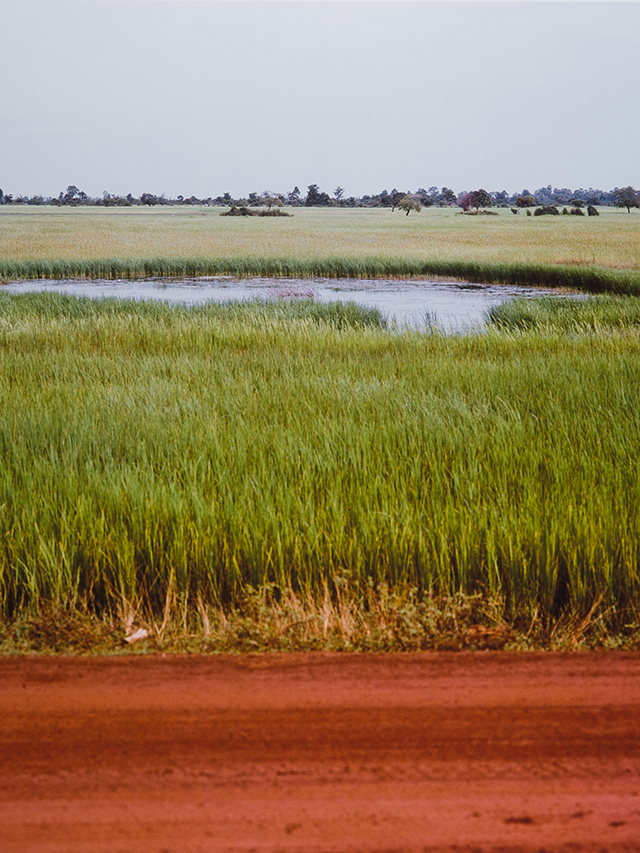 These tranquil, almost nondescript bodies of water are known as ‘bomb ponds’ in the Khmer language: craters created when the Americans dropped close to three million tons of bombs across politically neutral Cambodia during the Vietnam War. Despite the damage, injury and deaths inflicted onto Cambodian civilians who had no knowledge of the war being waged by governments, the bombings were not formally acknowledged for years. Like a dark secret kept hidden in plain view, the ponds remain officially invisible, yet are searing, visible reminders to the civilians who lost family and loved ones.

Vandy Rattana (b. 1980, Phnom Penh, Cambodia) is a self-taught photographer. Rattana began to record the daily activities of his family in 2005 and these works eventually became the subject of his first acclaimed exhibition in Phnom Penh. Notable exhibitions include the 6th Asia Pacific Triennial of Contemporary Art (2009), Documenta 13 (2012) and a solo exhibition at the Asia Society Museum, New York (2013). His work is in the collection of the Guggenheim Museum, New York. He lives and works in Tokyo, Japan.