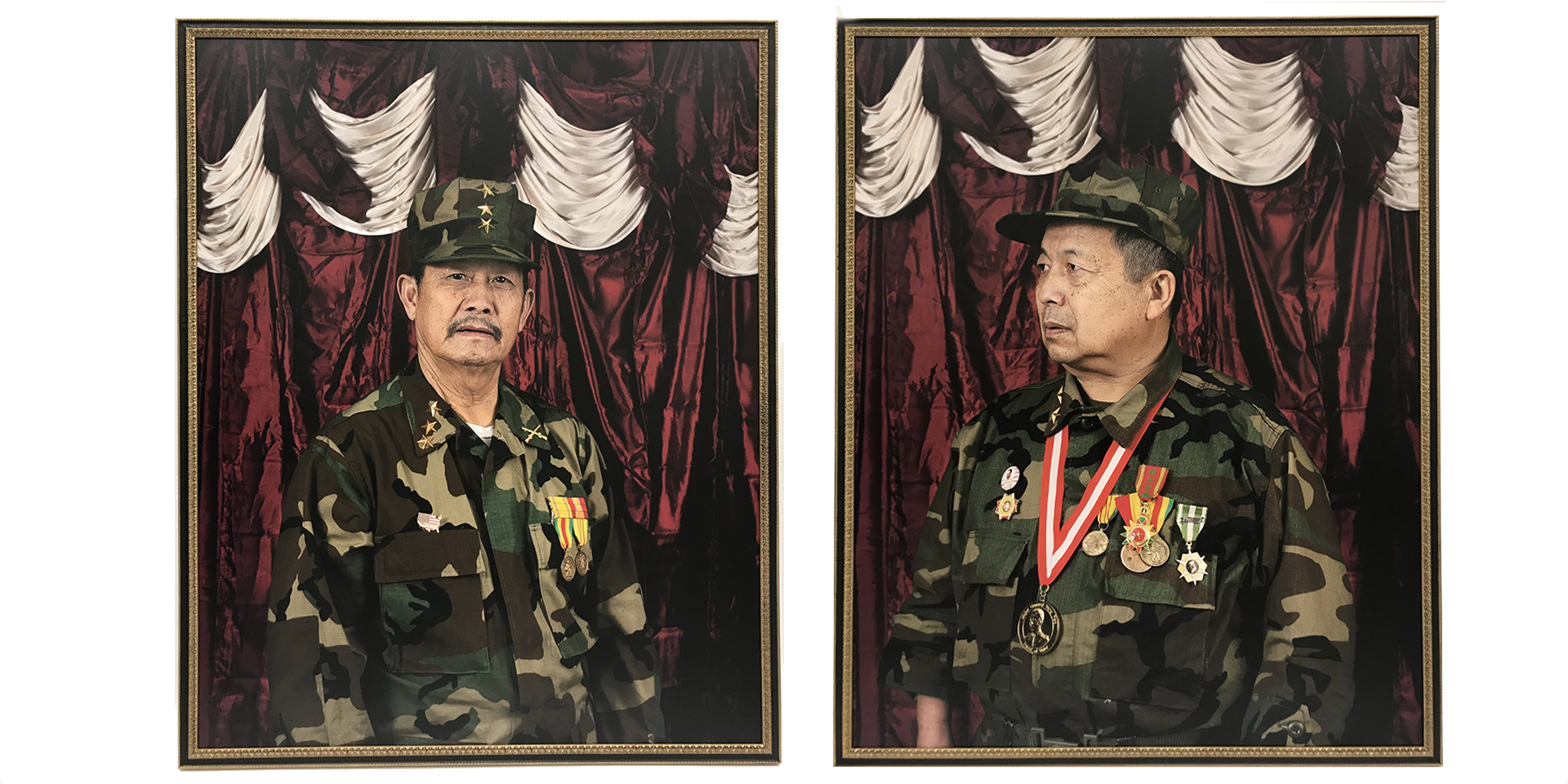 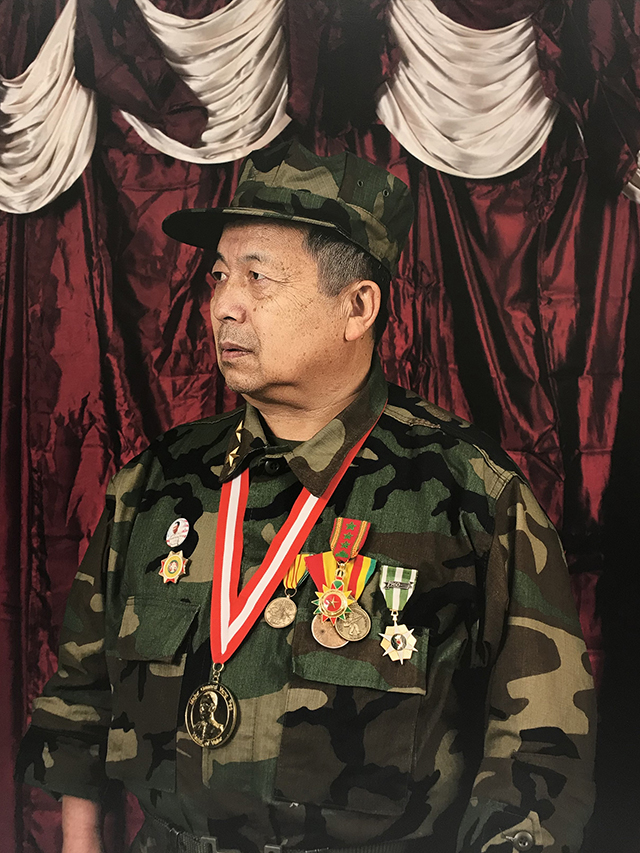 Hmong Veterans – Attention by Laotian-American artist Pao Houa Her is a suite of 31 framed photographs of Hmong Vietnam War veterans and a single-channel audio file that captures these veterans calling out the word, ‘attention’. While Hmong men were recruited by the U.S. government to fight the Laotian communists and the North Vietnamese Army during the Vietnam War, they were never officially recognised as veterans. Motivated by enquiries about their erasure from history, Her photographed these former soldiers using tropes from 19th century paintings, Civil War soldier portraits and official presidential portraits, against the backdrop of a collapsible photography studio. Beneath the stiff formality of the posed image lies the weight of a history unacknowledged and untold.

Pao Houa Her (b. 1982, Laos) is a Hmong-American artist who works within multiple genres of photography. Her work is centred around the history and lived experiences of the Hmong people, and has been exhibited internationally, including presentations at the Museum of Contemporary Photography in Chicago, and the CAMERA Club of New York. She lives and works in Minneapolis, USA.