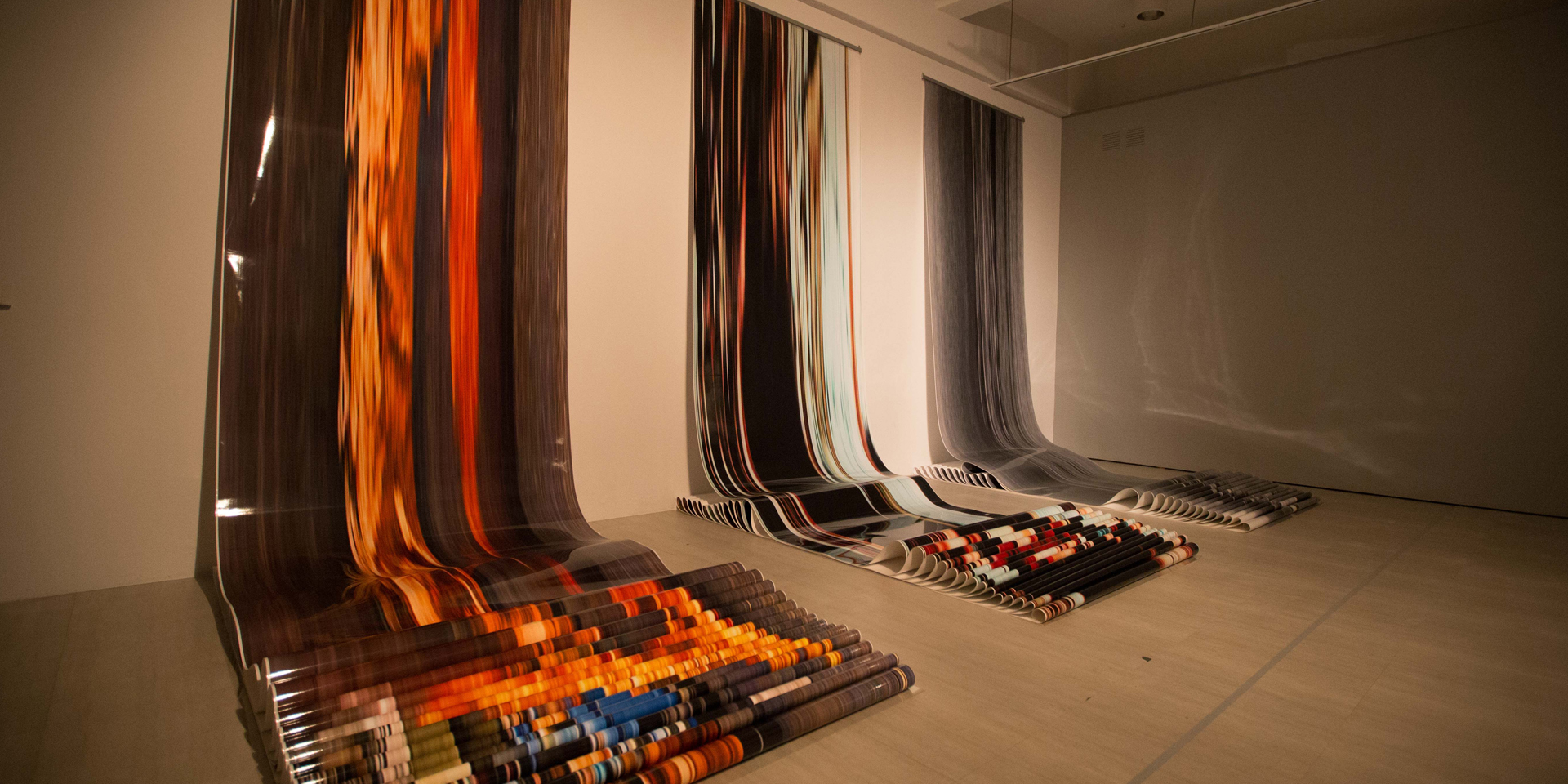 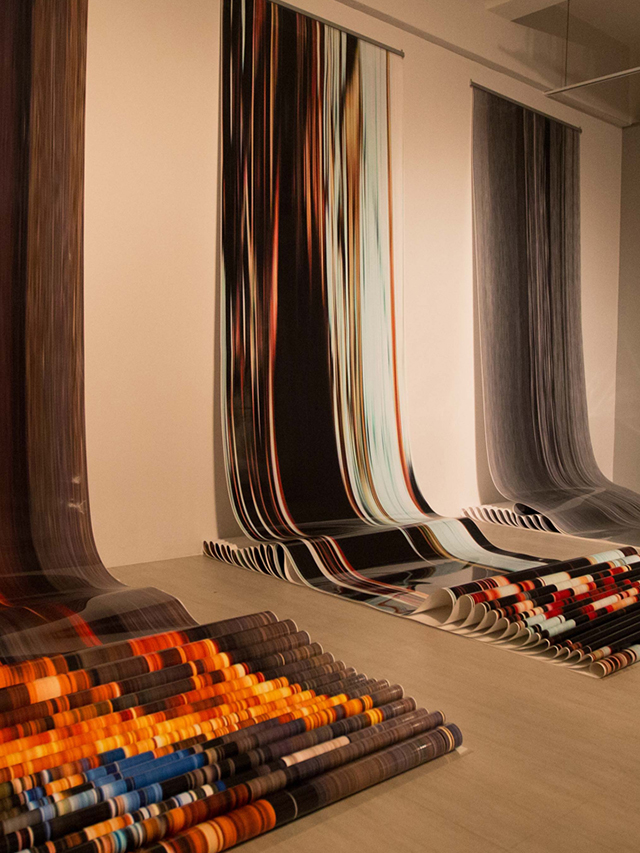 This set of four scrolls appropriates four iconic images of the Vietnam War: Thich Quang Duc, a monk captured in a moment of self-immolation in protest against the treatment of Buddhists; Phan Thi Kim Phuc, the girl photographed running naked down a road after her South Vietnamese village was attacked by napalm bombs; General Ngyuen Ngoc Loan, a South Vietnamese national police commander in the midst of executing a Viet Cong prisoner; and women and children in great distress after the massacre of civilians by US troops. Digitally altered, the images lose the discernible features that made them so iconic. Hanging high off the floor, they appear to drape down the wall before collapsing into stacked rolls that give the installations an appearance between painting and sculpture.

Dinh Q Le (b.1968, Ha Tien, Vietnam) trained in photography at the University of California, Santa Barbara and the School of Visual Arts, New York. Le has been exploring the way media and historical images of the Vietnam War are used in popular, political and aesthetic contexts. He has exhibited at the Mori Museum (Tokyo, Japan), dOCUMENTA (Kassel, Germany) and the Fukuoka Asian Art Triennale (Fukuoka, Japan).