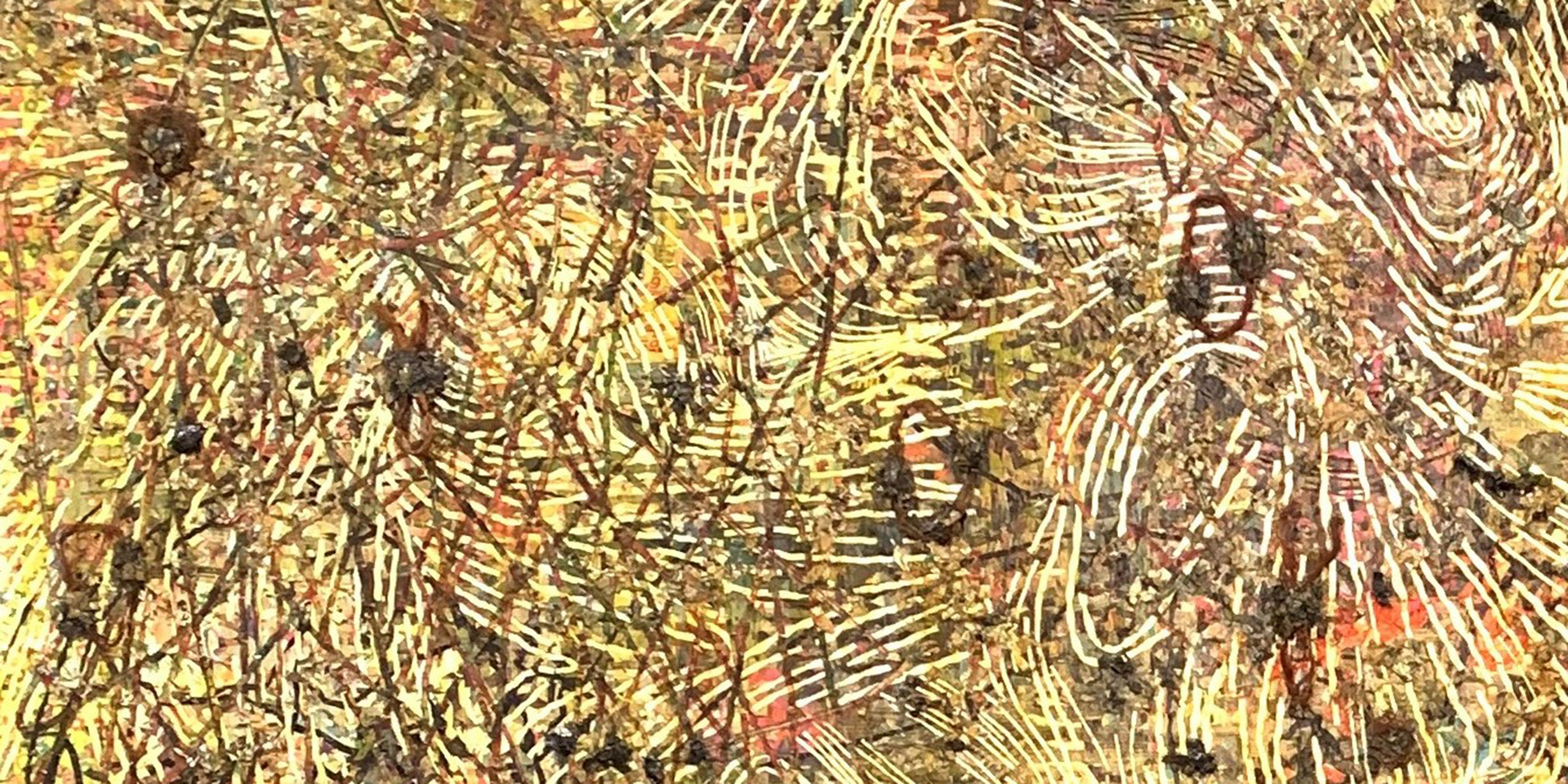 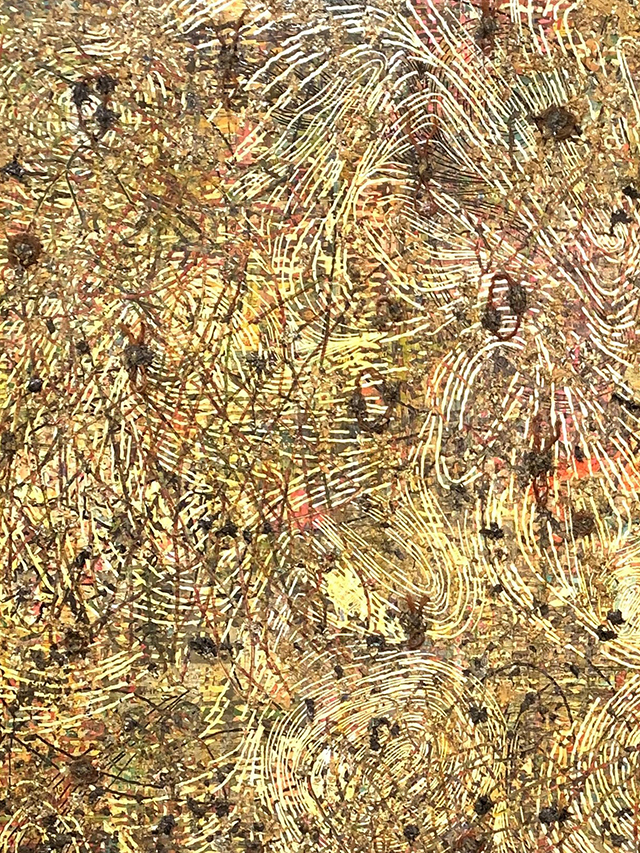 Untitled is a palimpsest of materials and techniques, the juxtaposition and synthesis of which parallels the contemporary Thai psyche. Stretched monks’ robes, sourced from the excesses of monastery donations, serve as the surface for the painstaking layering of paper cuttings done in the traditional Lanna style. In layering upon the monks’ robes advertisements cut out from newspapers, the artist presents a subliminal critique of the commoditization of karma in the Buddhist-majority country – where one may be relieved of poor karma accrued through donations to the temple. Yet, in spite of the country’s modernization and economic development, it remains, rather incongruously, a deeply mystical nation. Further references to fate, divination, and magic are suggested by the application of magnified images of the artist’s palm lines, as well as clumps of scrap copper wire which allude to the mystic science of alchemy.

Thasnai Sethaseree (b. 1968, Bangkok, Thailand) was trained in fine art and Social Sciences. He is best known for his conceptual and relational works that are usually ephemeral. Recently, his practice has turned to sculpture and painting, and recurrent themes in his work include memory, migration and the nature of knowledge. His work has been presented globally at notable institutions such as MAIIAM Contemporary Art Museum, Chiang Mai, Thailand (2018); and Reva and David Logan Center for the Arts, Chicago, USA (2016), amongst others. In 2018, he received the Jurors’ Choice Award as part of the Asia Pacific Breweries Foundation Signature Art Prize.