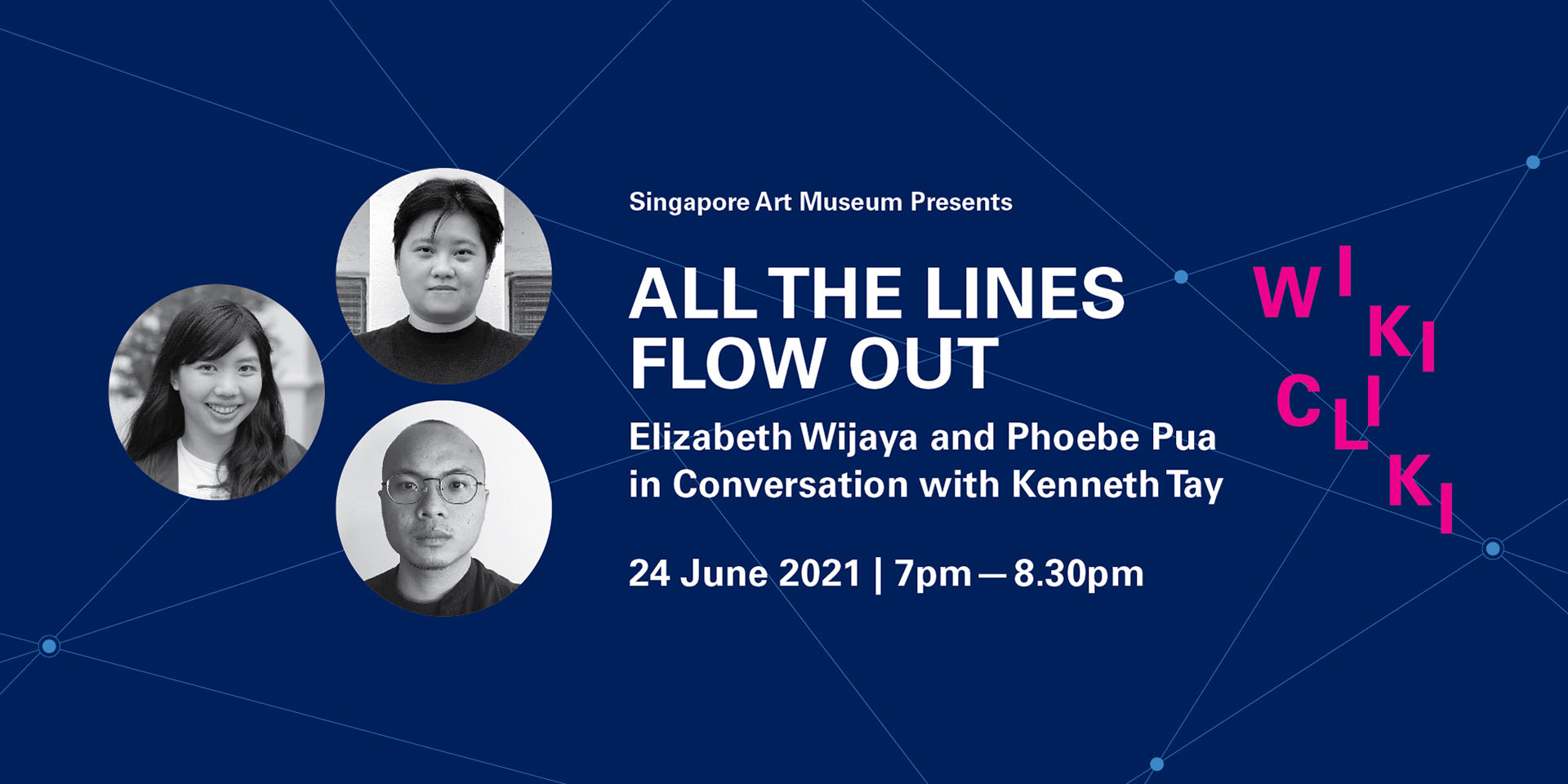 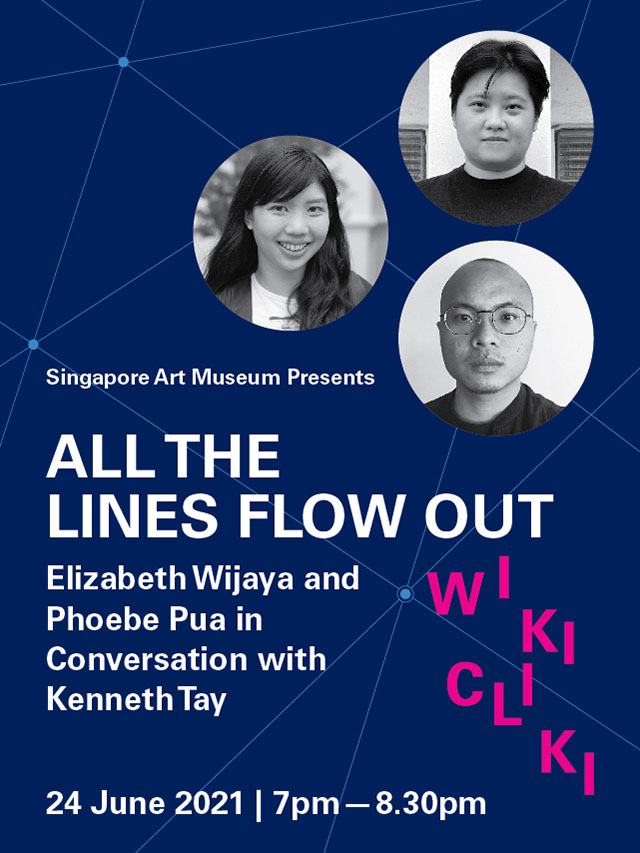 All the Lines Flow Out: Elizabeth Wijaya and Phoebe Pua in Conversation with Kenneth Tay

The ongoing COVID-19 pandemic has seemingly forced many of us to slow down. As international travel ground to a halt, people retreated into their homes to discover new hobbies, and the internet became increasingly populated with memes about the therapeutic benefits of nature. Yet beneath all this, global network systems are still humming along to the beat and heat of accelerated climate change. How might cinema be a space of resistance? And where might we locate such a cinema in the tropics? Focusing on the cinematic aspect of Charles Lim Yi Yong's practice, this talk begins with an online screening of the artist's short film All the Lines Flow Out (2011), followed by a discussion between Elizabeth Wijaya and Phoebe Pua.

Elizabeth Wijaya Elizabeth is an Assistant Professor of East Asian Cinema in the Department of Visual Studies and a Graduate Faculty at the Cinema Studies Institute and the Director of the Centre for Southeast Asian Studies at the University of Toronto. In 2020, she received the Connaught New Researcher Award to develop a research project: "Luminous Waves: Transregional Visions and Networks in Contemporary Southeast Asian Independent Cinema." She was a President's Postdoctoral Fellow at the Department of Asian and Middle Eastern Studies, University of Minnesota (Twin Cities). She completed her PhD in Comparative Literature at Cornell University and is a co-founder of E&W Films and an Associate Producer of Taste (dir. Le Bao, Special Jury Award, Encounters Competition of the Berlinale 2021).

Phoebe Pua is a PhD candidate at the National University of Singapore researching feminist narratives in Southeast Asian cinema. Her dissertation is specifically interested in the so-called Third World woman as seen in the region's contemporary films written and directed by women. More broadly, her research centers on gender, sexuality, and race in global cinema and popular media. Her writing has been published in Feminist Media Studies, Language in Society, Language and Communication, and Discourse, Context, and Media. Recently, Phoebe also collaborated with NUS Museum to co-programme Turf Wars, a three-part film and talk series on the tropical imagination in Southeast Asian cinema.

Kenneth Tay is Assistant Curator at Singapore Art Museum. His research and writings range across media histories, global infrastructures and urban spaces, but he is broadly concerned with the mediation and performance of the "global". He is the author of The Sea is All Highway: Singapore and the Logistical Media of the Global Surface (Temporary Press, 2019). Previous curatorial projects include FLAT.SPACES (2018) and CONCRETE ISLAND (2016). He holds a MA in Media Studies from The New School, New York, which was made possible through the support of NAC Arts Scholarship (Postgraduate).