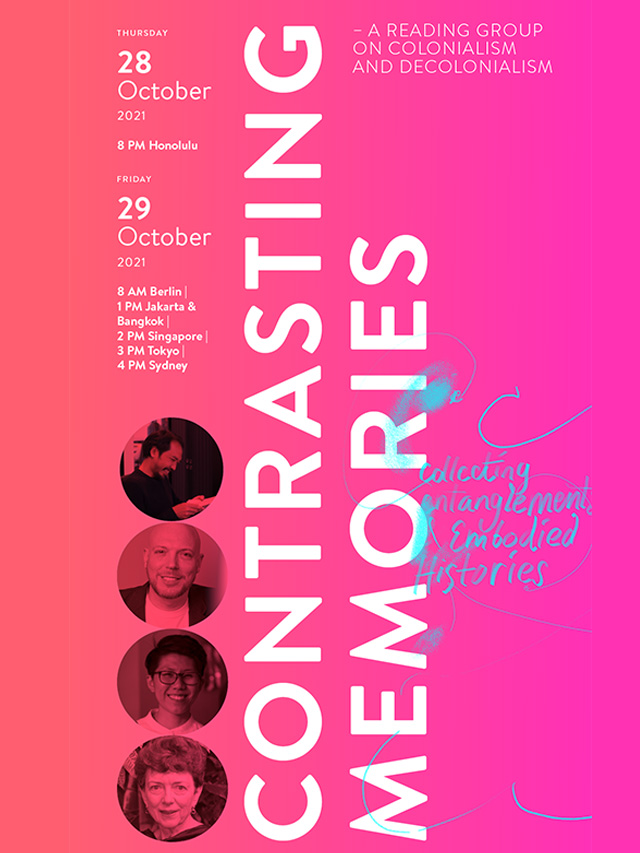 Takao Fusayama’s account of his time in Sumatra in A Japanese Memoir of Sumatra, 1945-1946: Love and Hatred in the Liberation War offers an intimate look into post-Independence era Indonesia. By 1945, the country had already experienced multiple changes in command—from the Dutch, to the Japanese, to the then newly-formed Indonesian government.

In contrast, Teresia K. Teaiwa’s paper “bikinis and other s/pacific n/oceans” focuses on the forced migration experienced by the citizens of Bikini Atoll. Between 1946 and 1958, the Marshall Islands atoll was used by the United States as a test site for nuclear weapons.

How might we gain a more nuanced understanding of the relations between the Indonesian, the Dutch and the Japanese communities during the liberation war in Indonesia, specifically in Sumatra? How might we articulate and relate to the trauma and dispossession of Pacific Islanders brought by American neo-colonialism? Must the notion of the gift always be read through the lens of expansive generosity, or might it be better understood as a dual-edged sword that could have unforeseen consequences?

This programme is part of Collecting Entanglements and Embodied Histories, a dialogue between the collections of Singapore Art Museum, Galeri Nasional Indonesia, MAIIAM Contemporary Art Museum and Nationalgalerie—Staatliche Museen zu Berlin, initiated by the Goethe-Institut. Its exhibitions are curated by June Yap, Anna-Catharina Gebbers, Grace Samboh and Gridthiya Gaweewong.