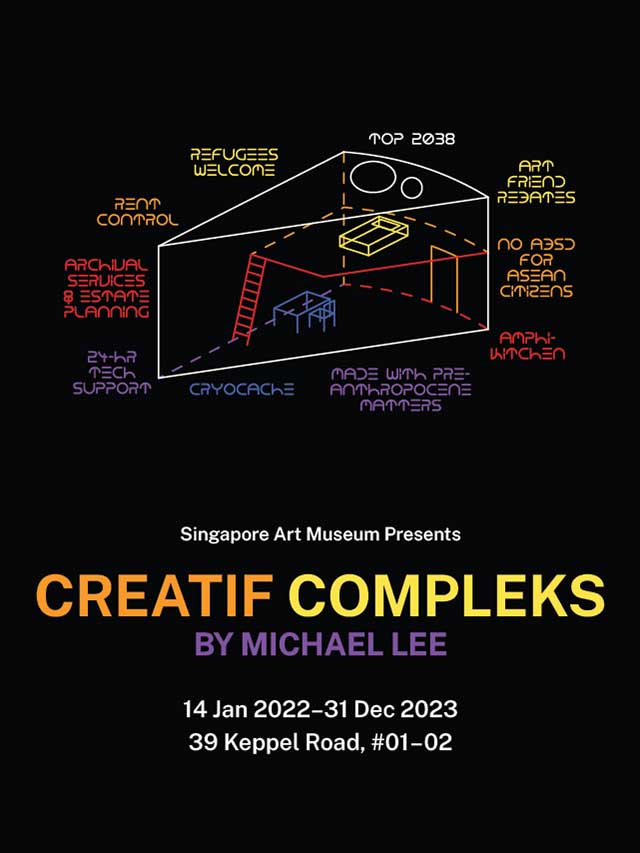 Creatif Compleks is the culmination of Michael Lee’s reflection on the function of the artist’s studio within the arts ecology of a city. The work takes the form of a diagram about a hypothetical property development consisting of various configurations of the artist’s home/studio. The use of LED rope lights, a popular fixture in advertising and interior design, alludes to latent apprehensions about the development and promotion of the arts in Singapore which today are, arguably, at a feverish pitch. Informed by myths and fantasies of artists in their studios, the work takes a speculative leap into the utopian and the absurd.