Spend National Day at SAM at Tanjong Pagar Distripark. Admission is free for all on 5 Aug (6-10pm) and all day from 6–9 Aug. 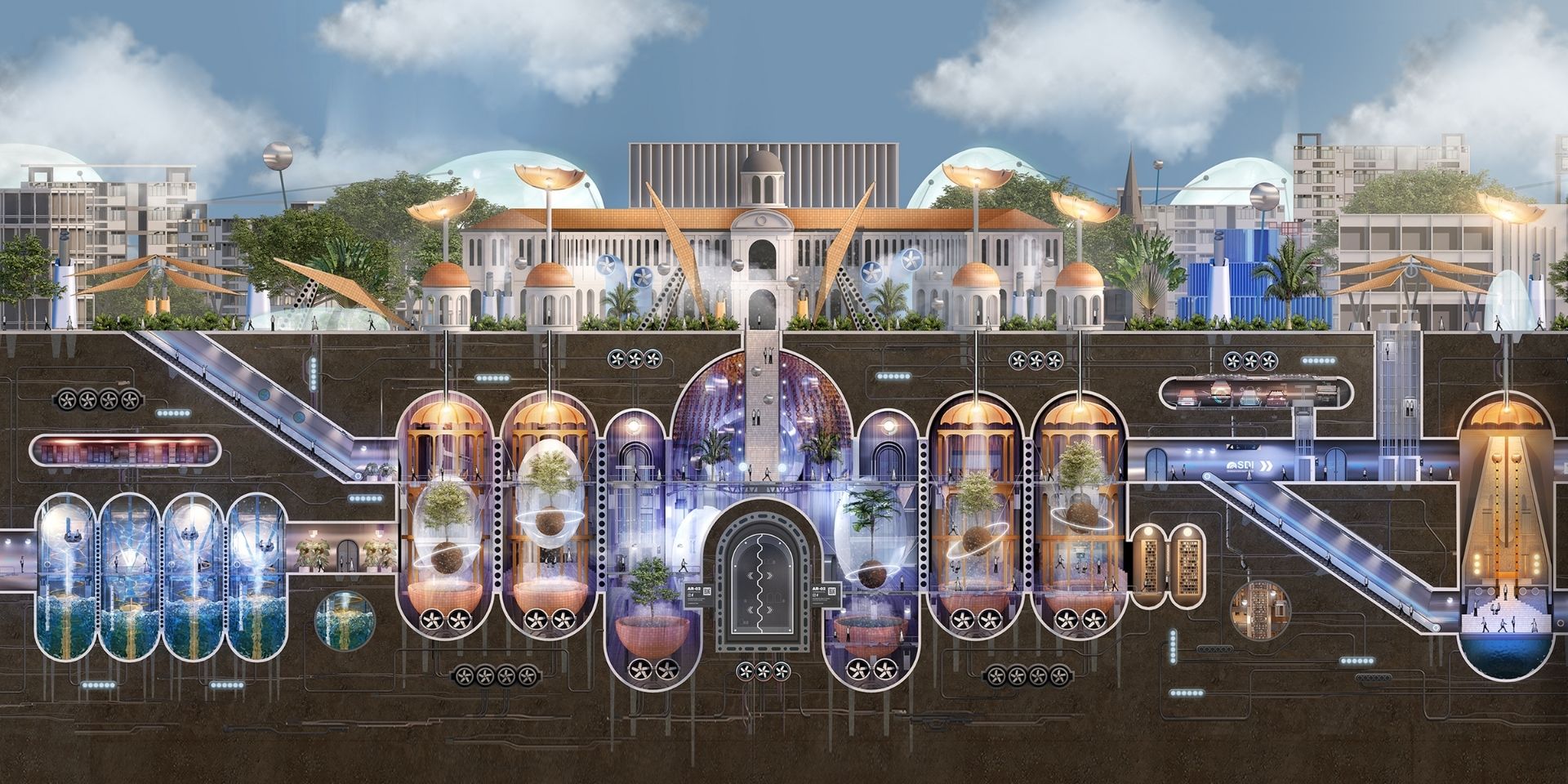 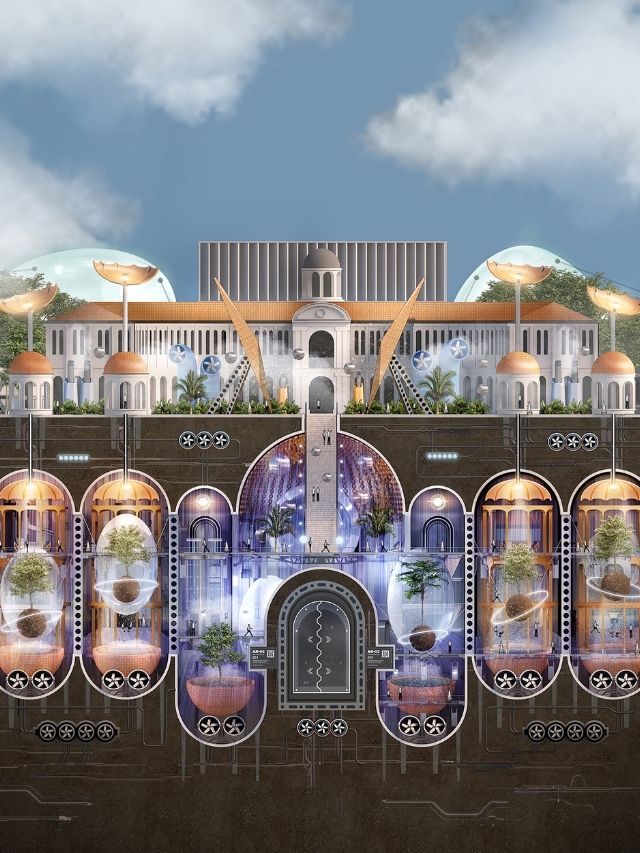 In Sub/merged, artist Finbarr Fallon responds to the site of Singapore Art Museum, located in Singapore’s Bras Basah.Bugis Precinct. He draws inspiration from the history of the area to imagine a subterranean city of the future.

The work invites us to turn our attention away from our present-day surroundings to a world where the sky is no longer the limit. This hypothetical city is a reaction to the numerous plot and development regulations in the Bras Basah.Bugis Precinct, including restrictions on building heights due to the many national monuments in the area. Sub/merged presents a thoughtful and compelling argument for developing Singapore’s underground as the next frontier for urban verticality.

Fallon builds on the network of subsurface passages and transit corridors surrounding the site of the Singapore Art Museum, many of which form Singapore’s 2nd deepest MRT station, Bras Basah. The artist has also drawn on the earlier world-building in his 2017 animated film Subterranean Singapore 2065, which proposes large scale underground living in land scarce Singapore.

Experience living and working in Fallon’s subterranean warrens when you activate the three portals located along the mural. You can also access these at the Sub/merged website, which is best experienced via desktop.

Finbarr Fallon (b. 1992, United Kingdom) is an architectural photographer and artist based in Singapore and the United Kingdom. Trained as an architect and a RIBA silver nominee, Fallon has received acclaim for works in various disciplines; these include the Blueprint Architecture Photography Awards 2019 (Atrium People’s Choice), Landscape Photographer of the Year 2016 (Urban – Finalist) and Infrastructure Photographer of the Year 2016 (Finalist). His works have been exhibited widely, at museums including the ArtScience Museum and National Museum of Singapore, and are regularly published in journals around the world. Fallon recently curated the group show Transient Bodies for Singapore Art Week 2019. 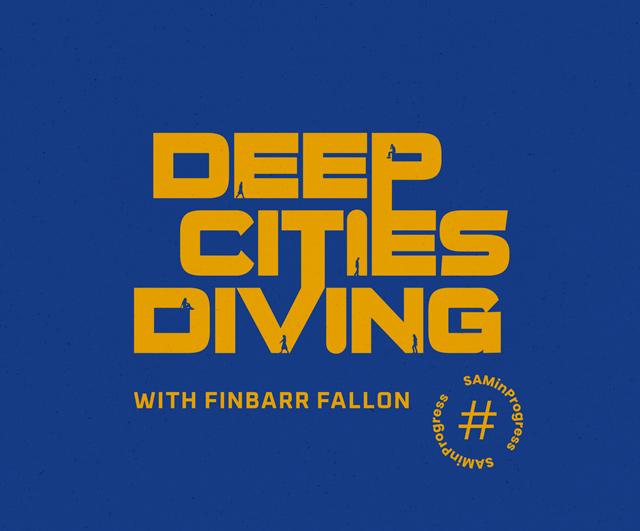 Artist Finbarr Fallon burrows deep into this city of tomorrow with his new work, 𝘚𝘶𝘣/𝘮𝘦𝘳𝘨𝘦𝘥, and uncovers the challenges of living in subterranean Singapore. Click to read Deep Cities Diving with Finbarr Fallon on our blog now.