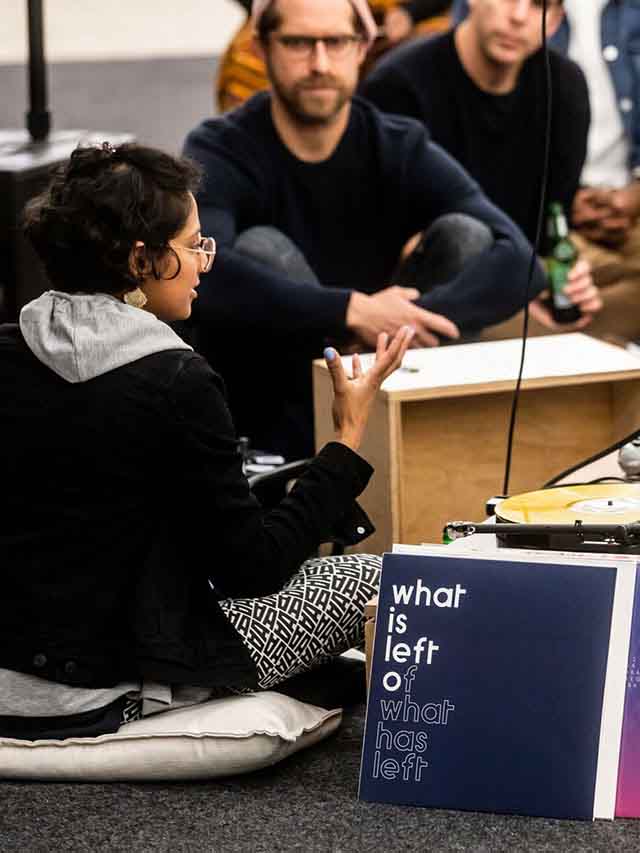 Bhavisha Panchia is a curator and researcher of visual and audio culture. Her works engage with artistic and cultural practices under shifting global conditions, focusing on anti/postcolonial discourses, imperial histories and networks of production and circulation of (digital) media. A significant part of her practice centres on auditory media’s relationship to geopolitical paradigms, particularly with respect to the social and ideological signification of sound and music in contemporary culture. Panchia's curatorial interest focuses on the politics of music and sound in shaping social and cultural formations borne from the consequent movements and migrations effected by colonialism and its after effects, including its resonance under shifting technological paradigms across geographies. She is invested in creating more equitable spaces for artists and creative practitioners and plans to consider this more deeply whilst in residence.