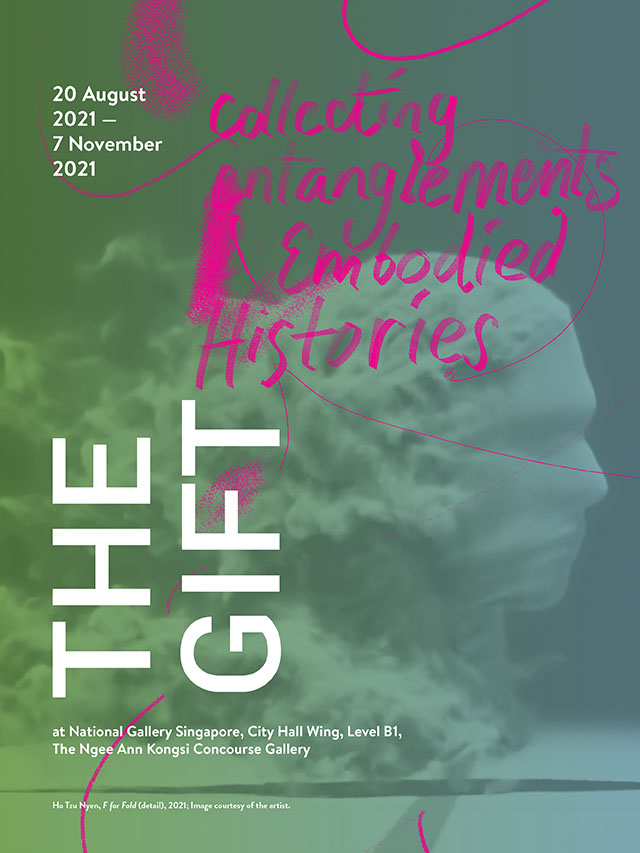 But I couldn’t erase the memory of this stranger from my heart, the image of a man who has never compromised himself in spite of innumerable difficulties with a pair of fierce eyes.


Written by Nam June Paik for the occasion of the 1988 exhibition for his friend, Joseph Beuys, whilst reflecting upon their first meeting in 1961, this powerful feeling of having been so deeply moved by another sets the stage for The Gift, an exhibition on the nature of relations, affinities and influences.

The act of gifting – this gesture of giving and return – is simultaneously quotidian yet ambivalent, and has been the source of fascination and debate: in the study of its bestowal, return, and even its impossibility.

As an exhibition, The Gift explores the tangible and intangible in the offer, of encounter and interrelation, which is at once an embodiment of expansiveness of spirit as much as it is also an obligation to another.

The Gift is part of Collecting Entanglements and Embodied Histories, a dialogue between the collections of Singapore Art Museum, Galeri Nasional Indonesia, MAIIAM Contemporary Art Museum and Nationalgalerie – Staatliche Museen zu Berlin, initiated by the Goethe-Institut. The exhibitions are curated by June Yap, Grace Samboh, Gridthiya Gaweewong and Anna-Catharina Gebbers.